Today, even though Volda Campus SpareBank 1 Arena is not the largest arena in Norway, I’m confident that it’s the best looking. Volda is a municipality located in one of Norway’s most beautiful fjords, and a little like San Francisco, the town is built into a hill. The arena is at the bottom, and the entire town looks out onto our large green roof of sedumplants.

I started working at Volda Campus SpareBank 1 Arena in September 2020, a little more than a year after construction had begun. The process started in October 2016, when the handball club and volleyball club in Volda agreed to build a new arena because it wasn't possible for both groups to practice in the old one. With sponsorships from local banks, the clubs hired a leading architect to build a state-of-the-art facility. I found myself at the heart of the project.

As the general manager and sole arena employee, my job entails pretty much everything. There are always teachers and coaches here from the sports clubs that use the arena, so I’m never entirely alone, but as for responsibilities for the arena itself, I handle everything from accounting to janitorial services, and I’m also in charge of IT.

When your use cases change, your network may need to change as well.
Share it Tweet it

When I first became general manager, the biggest problem I had to solve was our Wi-Fi network. The project manager for the updated facility thought we would need Wi-Fi for the office area, and planned accordingly. As construction progressed, we applied and received permission to host more than 2,000 people. This made the Arena the main Arena for both sports and as a concert venue, in the local area, and I then knew we would need more from our IT infrastructure than what was originally planned.

At that point, I reached out to Tussa IKT, an IT partner I had worked with in my previous role in IT management. Tussa has access to leading solutions and they also have great technicians, which we would need because they would have to work fast. By this point it was early October, and we planned to open the arena with a concert in early December. We would have only two months to implement a solution.

Right off the bat, I connected with one of Tussa IKT’s engineers, Hallvard Almestad. Within a week, Hallvard and his colleagues had drawn up an initial plan and walked me through it. They began with a basic network design, but the further we got into the requirements, the more complicated it became.

Yes, we needed good Wi-Fi that could handle a high volume of users, but we also needed seven or eight VLANs for the CCTV, audio/video, admin and Wi-Fi SSIDs, appropriate switching, and a firewall that could handle everything. None of this was planned for in the initial arena design, and it amounted to an increasingly complex infrastructure. Thankfully, Hallvard said there was an easy answer: Cisco Meraki.

Cisco Meraki promised a slew of benefits. It would be quick to set up and easy to change. It could also handle multiple types of SSIDs and authentication, all while providing visibility into network users. Meraki also promised high capacity. We have a media section of the arena that broadcasts games to television. It requires a dedicated capacity of 200 Mbps, which Meraki could deliver. And, as the sole caretaker of the facility, I liked that Meraki seemed extremely easy to monitor and manage.

I knew Cisco has a reputation for high-quality solutions, and I knew I could lean on Tussa IKT technicians for anything I needed—including managing the service going forward. This was important for me. I don’t have deep knowledge on running a network or the time required to do so. Knowing that Tussa IKT would handle all of that was critical for our success.

With Tussa IKT managing the service, they’d also be contractually responsible for service levels, uptime, and responsiveness, which meant a lot to me and our small facility. I can’t be on call 24/7, so it’s reassuring to know that Tussa IKT can provide that. From a financial perspective, paying for everything monthly as a service is a much more attractive proposition that a large capital investment upfront. To pay a small monthly fee to have someone to manage the system reassures me that someone is looking out for our system and keeping it in good shape.

Ultimately, it was a matter of trusting both Cisco and Tussa IKT; I felt safe that what Tussa IKT recommended was the best option. What’s more, Cisco guaranteed that everything would be up and running by December 1, which no one else could do.

Implementation had to happen all at once. We were in the final stretch of the project and everyone was racing to the finish line—sometimes tripping over each other in the process. We had electricians installing switches, different vendors requesting IP addresses, and there was a rush to get cables into the walls and ceiling before they were closed up.

If you want to create a space where youth want to gather, you need to have strong, reliable Wi-Fi.
Share it Tweet it

Partway through implementation, I got a new surprise. Volda Campus SpareBank 1 Arena is right next door to Volda University College, and one of their IT technicians told me I should also get eduroam. Eduroam is an international roaming service used by universities and high schools for student authentication. It exists on school campuses across the continent, but in Norway we also use it in libraries, airports, and many other public places that students might use. The university asked if they could rent rooms in the new arena for studying and classes such as broadcast media. Students also use the arena for recreation when they’re not in classes, so it made sense to add the integration.

Once we established that we would need the eduroam integration, Tussa got it online within two weeks. Despite the last-minute addition, we finished implementation two days before the arena was scheduled to open. Plenty of time.

Since we opened, we’ve expanded the Wi-Fi by adding more access points and more connections for the AV system, and we haven’t had one hiccup. Everything runs smoothly for me as an admin, and I can see easily into the network with Meraki. It’s even easier with Tussa handling all aspects of management. Tussa IKT and I can log in to the exact same management interface because it’s in the cloud. Even though I have access to the dashboard in read-only mode, I still have network visibility and can perform simple tasks, like creating new users. It’s nice to see statistics and usage, and I still feel informed and up to date on our network.

A Comfortable and Effective Space for Work and Play

Teachers and students are thrilled that they can use the arena 24/7 with no disruptions. We have had 50 university students using the facility night and day and we haven’t had one IT complaint. I even hear that eduroam works better here than at the university, which makes everyone happy when they’re within our walls. Everything works seamlessly.

One of our goals with the new arena was to give youth a good place to gather when they’re not in school. Our two largest user groups are elementary and high school students, who use the arena daily for their physical education. We have 400–500 pupils here every day, starting at 6 a.m. and continuing right through the final team practice ending at 10:30 p.m. That’s an almost 17-hour window of daily use. We also have a new cafeteria that seats 70 people so no one has to leave to grab a snack or a meal between bouts of activity.

By transforming a network, a building can transform into a bustling community hub.
Share it Tweet it

I knew this project was essential because of how important Wi-Fi is to kids. But finding a way to authenticate these users can be tough. Some of them are as young as six, and you obviously can’t ask a six-year-old child for their phone number or to authenticate using their Google account. Once again, I leaned on Tussa IKT. They came up with a solution in the form of a splash page that even young children can navigate to access the network. Now, all of our spaces are places where kids want to be.

The arena’s firewall and switching is now 10 Gbps capable. We’re using only 1 Gbps now, but because the solution is so scalable, we can increase the capacity as needed. I think that’s sensible, especially if we look ahead to what we might need five years from now.

Opening to the Public

Because of the pandemic, we can’t be open to the public quite as much as we want. Our primary purpose is still as a sports arena but we’ve only held three matches here in the past seven months. But we know the doors will eventually open to everyone, and the fact that kids want to be here after school is a good start. Our first concert is scheduled for November 2021, and I know we chose the right system to handle that, as well as anything else that happens in the space.

Now, I can sleep well at night and go away on the weekend without worrying about whether the Wi-Fi works. Cisco Meraki has enabled the Volda Campus SpareBank 1 Arena to be much more than a sports and concert venue. It’s now a big part of the community, and that’s only going to become truer as Norway reopens and more people can make use of the facility and see what we have to offer. 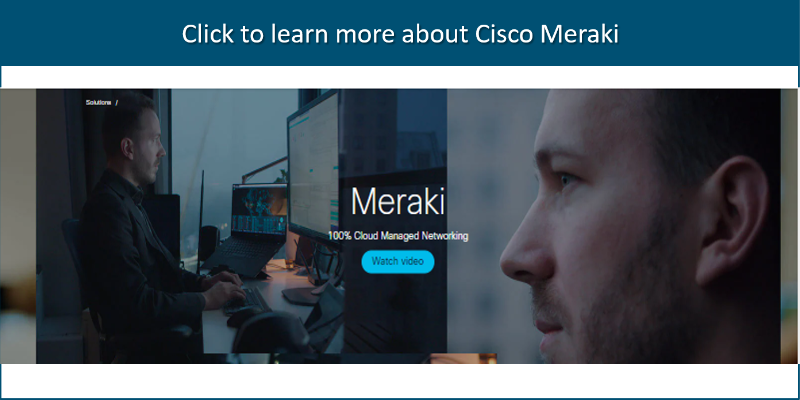 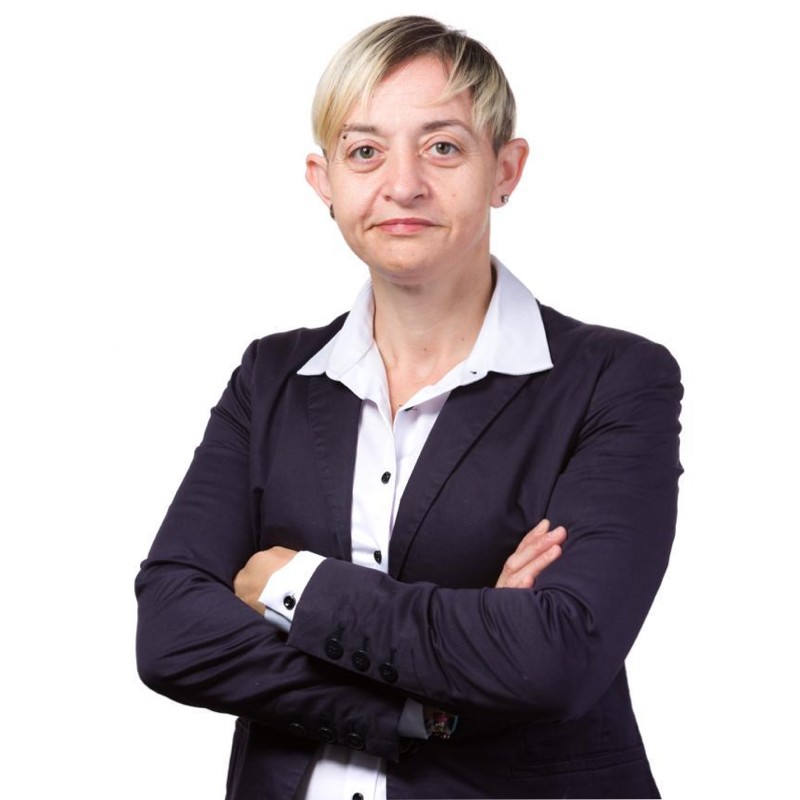