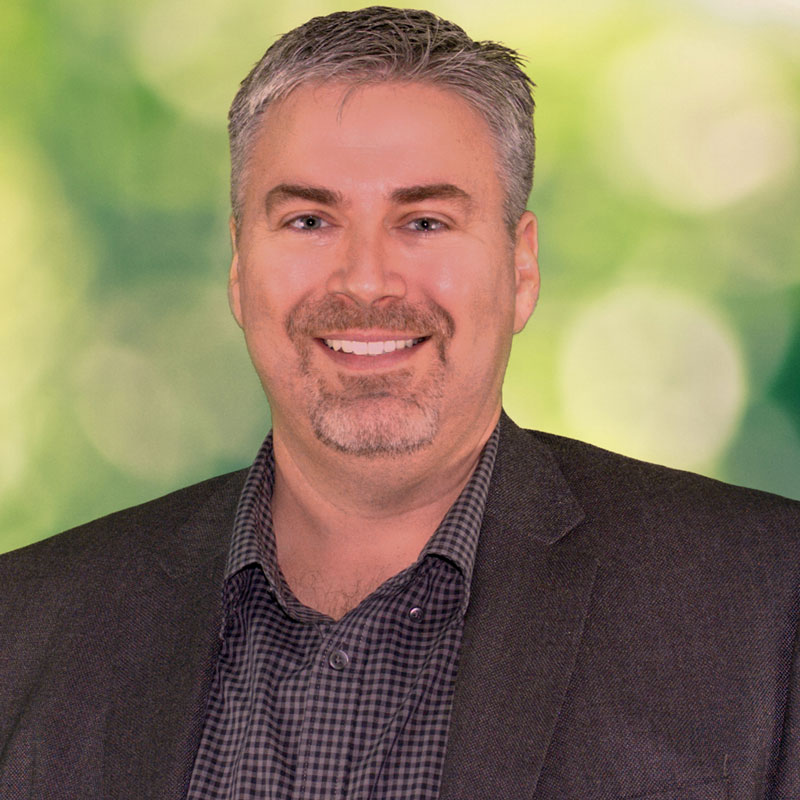 Adding Flavor to Life Through Seamless IT Solutions

With the popularity of reality TV and social media, it seems as if almost everyone wants to be in the spotlight. Still, there is something to be said for the magic that happens behind the scenes. Such is the case in the flavor industry. A ton of work went into every bite of food at your favorite restaurant or sip of your favorite beverage. Someone created, distilled, or otherwise prepared every one of the ingredients on a plate or on a label.

Treatt has been making the world taste and smell a little better since 1886, when our founder was selling spices by the side of the road. I sometimes wonder if he thought about how many people were affected by his spices each day, or how many families got through tough times in part because of the good food his spices helped create. While Treatt continues this tradition with a variety of flavor solutions, we mostly sell to other businesses. That means you will never see our name on a label, even though we are likely a part of your life every day. In our world, we are the magic behind the scenes.

Have you ever reached into your kitchen cabinet to grab a spice that used to taste great, only to realize it had gone stale? That was our IT solution. It was probably revolutionary to the business when it was first purchased, but no solutions last forever.

Our traditional SAN infrastructure had separate servers, network, and storage. Everything had to be maintained separately, but we expected it to work together. Even when the system worked, it was incredibly slow. Our 8-gig SAN network and storage as a whole were our bottleneck, and that went against our objective of having our sales force, our admin staff, and our production people work as efficiently as possible. Anything related to IT has to be seamless in order to facilitate that experience for them, and to help them achieve their goals and even open their eyes to new ideas.

A seamless IT experience helps employees work as efficiently as possible and opens their eyes to new possibilities. #NutanixStories
Share it Tweet it

But perhaps the most important problem we faced was the lack of a disaster recovery (DR) plan, despite being based in central Florida. Our region is somewhat notorious for the continued risk of inclement weather and hurricanes, and that risk kept me up at night. I knew that there were a dozen ways a storm could end our ability to operate for weeks on end.

In other words, we needed a new recipe.

A Dash of Hyperconvergence

As our already-slow systems began to wear out, we were faced with a choice: Should we just replace our existing SAN setup with newer models, or try a completely different configuration? Fortunately, I am a bit of a nerd and I love to research. I spent a lot of time studying whether or not a hyperconvergence infrastructure could work in our organization.

If you've read the promises of hyperconvergence, you know that it sometimes sounds too good to be true. I was very skeptical about whether any hyperconvergence solution could truly deliver on all the promised enhancements. Ultimately, however, the lure of improved performance—even with higher workloads—and built-in DR were simply too great to resist. We decided to take the leap.

When comparing hyperconvergence solutions, my team considered Nutanix and HPE SimpliVity. Both companies are considered titans within the hyperconvergence world so either probably would have served our purpose, but the Nutanix solution was more elegant and easiest to manage. The SimpliVity setup process seemed to involve teams of engineers and constant communication. With Nutanix, setup began by pushing a few buttons and then taking a lunch break to let the system work.

Nutanix Move was a powerful migration tool that made it easy to leave VMware and relocate to the Nutanix AHV Hypervisor. Some other systems would have required us to maintain the VMware licenses or to replace a complicated physical system with a complicated virtual version. By the time you consider the Nutanix all-in-one interface and the cost savings by leaving VMware, there was no comparison between the two choices.

The promises of hyperconvergence were astounding, but we all know that many products don't stand up to the marketing hype. Nutanix, on the other hand, met my demands and then raised the bar even more. Migrating from our old equipment to Nutanix was like stepping out of an old Toyota Corolla and into a brand new Mustang 5.0. The improved speed and performance were beyond our wildest expectations. And with everything in a single interface, it would streamline management for our small team.

Perhaps the most surprising part about the migration and onboarding process was that our fears of a painful transition were unfounded. Anyone who works in IT knows that the process of implementing large-scale infrastructure projects is almost always a nightmare. We all know the daily pep talks we have to give ourselves in order to stay convinced that it will be worth the trouble.

I believe Nutanix understands that we are not in the business of IT infrastructure and because of that, the end result was seamless in every way. Storage, compute, and networking services achieved an unexpected symbiosis, and under a single screen to boot. No longer did we have to maintain completely separate systems in some kind of haphazard arrangement. Best of all, everybody loved that their applications were faster. No longer did staff have to make queries or begin simple processes and then find other work while they wait.

Treatt handles flavor, and we knew the sooner we could get back to that, the better it would be for our company. Nutanix created its hyperconvergence products with a clear intent of being minimally invasive at every stage. I love that aspect. It felt like closing my eyes in fear as the doctor prepares a shot, only to realize that the process is already over.

As much as I was ready to leave our old physical system, it wasn't the slow processing times that kept me up at night, but the fear of catastrophe. Every time storm clouds gathered in the sky, I found myself wondering if this was it. Each severe rainstorm brought with it the fear that some water leak or collapsed roof could destroy our servers and cause major disruptions to the business.

Our Nutanix system offered some incredibly powerful tools for disaster recovery. First, since our infrastructure was now mostly virtual, it was possible to set up three redundant systems in different areas of the facility. If one of the blocks failed, the others would take over without interruption. Should disaster strike, two of the three areas would have to be destroyed to adversely affect our business operations. This was a huge improvement over the old solution.

Secondly, Xi Leap was designed so that it could be tested or even used “just in case.” If the news reported a Category 5 hurricane coming, for example, we could do a planned failover where our recovery point objective (RPO) is effectively zero. Basically, we could take a snapshot of the entire environment and have it fail over my on-prem VMs to my Xi Leap environment. We could then continue working on that cloud environment until the threat passed. A failback Recovery Plan could then move our application workloads from the cloud back to our internal system. Whether disaster strikes or not, the total data risk is zero. Since we’ve tested this before any actual emergency, everybody sleeps a bit better knowing the DR plan is fail-proof.

Testing your DR before an actual emergency will help everyone sleep better at night. #NutanixStories
Share it Tweet it

The third powerful tool was the unplanned failover. Should a sudden emergency occur, such as a factory explosion, we would need to conduct an unplanned failover. With our critical business applications we take a full snapshot of everything hourly. In other areas, we may only take one snapshot a day. In the event of any unplanned disaster, the most data we could lose is back to the last recovery point configured for each category of application. The unplanned failover would use the most current snapshots on the Xi Leap cloud platform. Our business would then continue to work from that platform until it was safe to return to our internal systems.

One thing that IT professionals grapple with when it comes to DR is having to deal with changing their IP scheme. Our Nutanix system is set up so that if we have to perform a DR failover, our cloud servers have the same IPs as the on-prem servers so I don't have to fiddle around with scripting network configurations. Whenever I share that with other people, I can almost see the light bulb come on over their heads.

Whether the failover was planned or unplanned, the end users would not notice much change. That is, in effect, the power and necessity of business continuity. We now have the knowledge that we could continue to operate through a variety of disasters. We can communicate this safety to our clients, giving them peace of mind as well.

Boredom Is the Mother of Innovation

Unlike some other multinational organizations, there are only three people in our US IT department. It gives us unimaginable comfort to work with a new system that requires minimal effort. We no longer need to babysit the servers or deal with the stress of slow technology, and it’s reached the point where the virtual infrastructure portion of our IT has become almost boring. That might be the first time I’ve used “boring” as a compliment.

This new reality has created time for other endeavors, such as proactively offering new and creative technology innovations to other areas of the company. One area that comes to mind is end-user machine deployment. It’s not related to our virtual infrastructure, but now that our virtual infrastructure’s running so lean and mean, we have more time to automate our end-user deployment setups. We are now able to bring a positive, personal benefit to the company, instead of always putting out fires. That makes our small team feel valued.

People around the world love to try to copy the flavor of great recipes. In the same manner, our UK division is currently migrating to an even more powerful version of Nutanix. This will give the UK team more memory and storage capacity for their heavier workloads. We will also likely bring Nutanix to our operation in China. Everything is completely scalable to our needs, and equally easy to install and operate.

Nutanix has given us room to grow, regardless of the needs and workloads of our individual locations. We’re pleased when clients and consumers like our product, but knowing how our systems seamlessly work together (and function without disruption during a  disaster) is the most gratifying aspect of all for an IT fiend like myself.

You may not see the Treatt name anywhere, but just as our founder did more than a century ago, we help bring you the flavors you enjoy. With Nutanix, our IT staff is able to make this possible—and that’s the best treat of all.

I'm an IT Technologist that has been hacking around since the days of Commodore 64s, 14.4 modems, and bulletin board systems. Things have come a long way since then, and I have found my passion is networking, virtualization, and implementing meaningful solutions that translate to increased uptime and productivity.