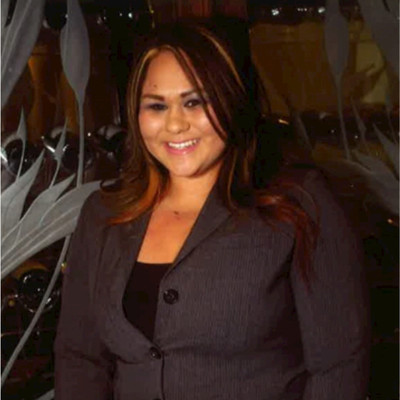 When it comes to healthcare technology, changes are often accompanied by some apprehension and many questions. Does this new technology adequately handle vast quantities of data? How do we ensure sensitive patient and vendor data remains secure? And, most importantly, how will system performance affect service and quality of patient care?

These are important questions, but at Kern Health Systems (KHS), we know that technology isn’t a barrier; it’s an accelerator. KHS is dedicated to our patients, and we seek to constantly provide ways to improve the health of our members. For years, we’ve adopted and adapted to technology that allows for more thorough audits, improves integration with providers, and enhances patient care.

Ten years ago, I was hired as an IT coordinator with KHS—even though my background was in business operations, coordinating and managing teams. I didn’t have a thorough understanding of the technology that made everything work, but I brought a different perspective to the table. I could often see problems that others didn’t, and suggest solutions that weren’t obvious to someone who was entrenched in a particular process. I learned on the job, educating myself on the underlying technology and, over time, I was promoted to supervisor of the technical operations team.

The Perpetual Drive for Improvement

Over the last decade, KHS has switched storage solutions three times. Each change has been an improvement from the previous system. The first time, we moved from Dell EMC to NetApp. Similar to EMC, NetApp was a three-tier architecture that required daily upkeep and maintenance. We continued to have a lot of issues, including relatively slow systems that weren’t capable of managing a large number of users. The more users were on the system, the more limited the functionality and the slower it was. The system was an improvement in some ways, but we battled issues at least once a day.

As technology continued to improve, we started to look for another storage solution. HPE’s Nimble still featured three-tier architecture, but it promised greater reliability and required less hands-on maintenance. To this day, I remain pleased with Nimble. It delivered on all of its promises, and the daily headaches were almost entirely eliminated. Finally, our storage solution worked with a minimal amount of effort.

It’s better to adopt a solution that offers answers to future problems instead of just putting out today’s fires.
Share it Tweet it

As good as we had it, the technology evolved and I knew the future for KHS would involve moving away from three-tier architecture altogether. Despite having gone through two migrations to reach a comfortable solution, I wondered if we should move on to something that offered proactive answers to future problems instead of just putting out today’s fires.

Choosing between Dell and Nutanix

I heard of Nutanix from a colleague and I was certain that hyperconverged infrastructure (HCI) would deliver everything we needed. It could help perform updates without long maintenance windows, and would provide the flexibility to run software on top whatever hardware we wanted. I was interested in migrating to Nutanix  NX systems integrated with Nutanix software for a while, but I had to wait for the right time to undergo such a big change. It was only when KHS moved into a new building that I finally saw an opportunity to make the shift. We already had to rebuild our data centers, so that was as good a time as any.

We did our due diligence and evaluated many storage solutions including Nutanix, Dell, and HP. The team members and IT management reviewed the pros and cons of each system and found that Nutanix was the best solution for KHS.

One of the biggest benefits to move to hyperconverged infrastructure was that Nutanix had an impeccable reputation in this space. We didn’t rely on word of mouth alone, though; we spent a lot of time poring over Gartner reports. We had invested in Rubrik for cloud-based data management and backup, and Nutanix seamlessly integrates with Rubrik. We also had conversations with sister healthcare companies that had migrated to Nutanix. Those discussions held a lot of weight, and knowing that companies similar to ours had already made the move sealed the deal.

We started by setting up the data center in the new facility. Because of the move, we tested everything before we moved it over, so we folded Nutanix into the process. We stood up Nutanix NX nodes, installed Citrix, and completed the configuration before we made the move. Once production NX nodes were set up, we began the conversion system by system.

To prove Nutanix’s reliability, we started by moving our most critical systems. We had roughly 200 servers to migrate. Systems were first deployed to the test environment, which was on Nutanix, before being moved over completely. Once the critical systems were on Nutanix, it was easier for our team to become more familiar with the platform, which grew their confidence in it.

Nutanix has an incredibly intuitive user interface. That makes for an easy onboarding process, which means more of our systems admins are familiar with our infrastructure. We did some training alongside our original implementation of Nutanix, and we still offer that for new admins. But that’s just the beginning. This year, two of our team members will go through the Nutanix certification process, which is great for their career development.

Since we work on the payer side of healthcare, we have several large workloads that require a lot of support from the system. Our two critical workloads currently on Nutanix are QNXT (our claims processing system) and Jiva (our medical management system). Both of these use ancillary systems for tasks like contracting and for EDI processing, such as EDIFECS. So there's a big footprint of systems to ensure that everything continues to run smoothly.

Nutanix also houses our internal workflows and tools. We are a Microsoft shop, so a lot of our internal work is conducted in Windows, Microsoft, and SQL Server. A considerable amount of data from all of our member data also rests on Nutanix. Despite all of these workloads, Nutanix is remarkably fast.

At the beginning of this journey, only a few people—apart from our leadership team—knew we were making the switch to Nutanix. The fact that we haven’t received any complaints since the migration shows how smoothly the switch went. We made this migration without negatively impacting our employees. In fact, more complicated activities, like loading claims, used to take about three hours. Now, it takes about half that time. All data transfers are considerably faster compared to what they used to be.

We’re Prepared for Disaster and the Unexpected

In addition to adding Nutanix for storage, we wanted to upgrade our disaster recovery (DR) plan. Traditionally, we’ve had a secondary site in Fresno, which is about 150 miles from our primary site. While this would be effective if there were a local disaster, it would not provide a workable solution for a disaster on a larger scale. In 2019, we adopted Xi Leap as an essential part of our DR plan. With Xi Leap, Nutanix will enable us to continue working within an hour timeframe in the event of a disaster.

An added benefit to Xi Leap is that it’s not just about moving data to another location and continuing to work. It helps continue operations and, once a new data center is set up, Xi Leap will help us copy that data back to its desired location. That's been the missing link for any kind of cloud archive technology, and Xi Leap figured that out.

DR isn’t just about moving data to a new location and continuing operations. A good solution also needs to involve moving data back to its desired location.
Share it Tweet it

We currently have Xi Leap running for all of our core critical systems, so we can do an analysis and a risk assessment every time we add to the system. Eventually we want to migrate our VDI to Xi Leap, and continue to add new workloads every year. We're ever-changing and buying new systems regularly, and so we need to ensure we migrate our production systems over.

A pleasant surprise benefit of Nutanix occurred during 2020. With the pandemic forcing a majority of people to work remotely, Nutanix has allowed our staff to continue to be productive. We were able to implement Citrix on top of Nutanix so that our users could seamlessly transition to a remote working environment from virtually anywhere. Without this easy integration, we would have lost precious productivity for our remote workers.

Even though I remain an advocate for Nimble, it’s nice to no longer have to worry about servers or virtualization layers with our new hyperconverged infrastructure. Nutanix significantly improves our workload performance.

We’ve not only been pleased with the results, but also with the Nutanix staff who partnered with us to complete the project. Anthony and Ryan were instrumental in every part of the process, from tickets to remediation to strategy to getting the right people in the room. Technology's technology, but when you have a vendor that supports your mission as an organization, that's even more important. Our relationship with Nutanix has been a true partnership, not just with technology, but in terms of furthering KHS' mission and goals.

Network infrastructure isn’t as flashy as new medical equipment or upgraded research facilities. But if the underlying system isn’t functioning at an optimal level, then portals won’t work, healthcare providers can’t review patient charts, and other communication can break down, causing delays. When it comes to patient care, all of those moments matter. Nutanix saves a lot of those moments so that KHS can focus on high-priority initiatives that benefit providers and patients alike.