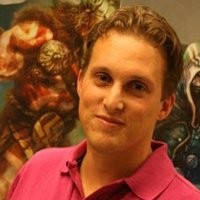 If you had to make a list of all the essential qualities that play a role in the world of business—any business—I would argue that persistence would be right at the top.

At Quooker, we're persistent. But then again, we need to be. From a certain perspective, we are something of a one-trick pony. Unlike companies that take a "Jack of all trades, master of none" approach, we decided we wanted to do one thing incredibly well. We have exactly one product—it's a tap that immediately dispenses boiling water all day, every day. With just a single tap on your kitchen worktop and a small tank underneath your sink, you can get hot, cold, and boiling water—all on demand. It's a 100% Dutch product that is slowly but surely taking over the world, but getting to this point definitely was not easy.

At Quooker, we do everything in-house. Not only do we design and make the product, but we also handle marketing, distribution, sales, etc. Absolutely everything that the company is today and what it stands for was built from the ground up. Thanks to a lot of hard work, innovation, and good old-fashioned persistence.

The Myth of the "Small Problem" with a Complex Supply Chain

When you're talking about a company like ours, oftentimes our biggest advantages and our biggest challenges go hand in hand. Our supply chain, for example, ultimately leads to our competitive advantage, but that doesn't make it any less complex. At Quooker we can't just get off-the-shelf components. Everything that goes into our product is incredibly precise and, as a result, is somewhat hard to come by. It might surprise you to learn that even though our product is seemingly simple, we still have over 50 different patents that all come together to form this one boiling water tap.

Because of that complexity, there is no such thing as a "small problem" in our daily lives. If there's a problem with even one of our models, 20% of our sales are in immediate danger. That's not just a big problem—it's a huge, potentially catastrophic one.

Once we make our product, we sell it directly to kitchen retailers. In turn, they sell it to consumers. Our product consists of around 200 parts, and we make and sell more than 500 per day. That ultimately means we need to have total oversight over about 100,000 parts per day, which in turn represents about a half a million parts per week.

One of the great things about innovation is if you do it right, it has an appreciable impact on your stock levels. If you have too much stock, then you're throwing away a lot of money, and your ability to grow is hindered significantly. I'm proud to be able to say that for the last 30 years, Quooker has been doubling our growth rate every three years or so.

But again, we didn't start out this way. Only persistence led us to this particular moment in time, and only persistence is going to keep carrying us farther down the line towards where we want to be.

As I said, part of the major challenge we deal with has to do with the complexity of our supply chain. And more specifically, the total number of parts we're responsible for. If we don't calculate the expected quantities in the right way, we'll have some models in stock but not others, which means that we will be in serious trouble before we know it. We need to do whatever we can to mitigate these risks. We're very confident that data, and the insights that data can generate, is the way to do this.

The hallmark of a great business intelligence tool is unexpected insights. Stop wasting time exporting data—and start using it with @Qlik.
Share it Tweet it

For a while, we tried to make due with an older business intelligence platform that was fine for collecting data but left a lot to be desired in terms of analysis. Sometimes we had the insights we needed, but more often than not we didn't. Even when we did, it required an enormous amount of effort because even just exporting and reporting data took a huge amount of time—and even then we couldn't pare it down to the essential points we needed.

We started to export our data to Excel from various systems and tried to make our own visualizations. But when the data would change a week later, we would have to go in and make adjustments. If we were focused on what efforts we needed to make for a marketing campaign or for a specific event like a trade fair, we would have to make adjustments. It was a very frustrating and time-consuming process.

I had worked closely with various ERP implementations before joining Quooker, so I already knew what an updated solution should look like in terms of generating visibility into the complexity we were facing. But at the same time, I also knew that I wanted to avoid the dreaded data warehouse. Even though we're working with a lot of different applications at any given moment, it was not yet needed. That was a step I wanted to delay for as long as possible.

A few years ago, we ran into a particularly tricky situation that we never want to repeat. We have four different Quooker models, but due to customer demand, we began offering (what we thought would be) an attractive add-on product to consumers: a Quooker that integrated boiling water and normal mixing water into a single tap.

About six months ahead of the product's roll out, we shipped 90% of the old model and 10% of the new model just to be safe—we had only forecasted the new model to be 5–10% of our overall sales. Again, keep in mind that this is a decision that affects the production of hundreds of thousands of parts per week.

So, we launched the product and the orders came in, and in terms of this new product, they were much higher than we expected. We thought that maybe it was just the success of the first week. However, the next week, it was even bigger. We continued to wait, and then about six weeks later realized we were wrong. We were selling 65% of the new model and 35% of the old model—a far cry from our original projections. But of course, due to our production cycle, it was six months (plus six weeks) too late to do anything about it. It was a disaster.

After this experience, we knew any new business intelligence solution we chose had to help us avoid situations like this one. Luckily, we brought in Qlik Sense, and absolutely everything changed in the best possible way.

One thing we all found exciting and interesting was our ability to really dive deep into the differences between the sales numbers in places like Switzerland versus the United Kingdom versus the Netherlands. When building our sales portfolio, it's always important to look at the bigger picture, but you also have to acknowledge that every country is a little bit different. Switzerland, for example, is growing at about 100% every year for us. The UK is only growing at about 30%.

Based on some of the insight that Qlik Sense was now giving us, we saw that certain product mixes did better in some countries versus others. When we did our trade fairs and our marketing campaigns focused on all-in-one taps, 70–80% of the orders in Germany and the Netherlands were for this our newer tap. But when we looked at the numbers from Switzerland, we saw that they were only 40%. This type of discrepancy never occurred to us before because we were only looking at total numbers from everywhere. But now, suddenly, we could dive deeper into individual market data.

Instinct would lead us to think Switzerland is a small country, so our product sells in smaller quantities. But that wasn't quite it. Based on what Qlik Sense showed us, we realized we had to go directly to dealers in Switzerland and have a conversation. They came back and said they wanted a pull-out hose. That was something our product lacked and what people in Switzerland really wanted, but something that people in for example the UK didn't care about. Qlik Sense immediately identified an opportunity to not only make our product better, but to make it better in a specific way for a specific market. That was incredibly exciting.

Qlik Sense has also given us a genuine opportunity to look ahead in a way that we haven't had before. When you're talking about a product line that requires 500,000 parts and a six-month lead time, you need to know exactly what the demand for those parts will actually be as soon as you can. Forecasting plays a huge factor in our success.

To put it another way, Qlik Sense doesn't just allow us to stay on top of the sales figures. It allows us to stay ahead of them. That in turn lets us stay on top of our factories and our supply chain, virtually guaranteeing that we have exactly what we need when we need it, no exceptions.

Only data can generate the insight you need to both meet the demands of today and rise to the challenges of tomorrow.
Share it Tweet it

We've even used Qlik Sense to help decide if we need to hire more employees. Because we can now monitor our production output, we can see whether or not we need to have more employees based on the future projections. If sales are a bit higher than expected, our production planner can see the moment efficiency levels begin to taper off. He or she can then make the decision in real time to call agencies to get more employees in place so our output never slows.

Slow and Steady Wins the Race

As of today, Quooker is doing better than we've ever been, but we wouldn't have gotten anywhere near this point had it not been for the persistence of everyone involved. That begins with our founder, who set the example 30 years ago when he quit his successful job because one morning he had an idea that he just couldn't wait to bring to life.