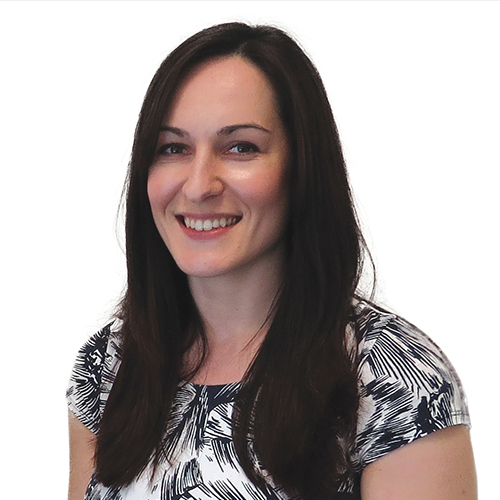 Everything about your business—from the people you surround yourself with to the policies and procedures you put in place—should be laser-focused on a single purpose: driving your organization forward. Unfortunately, sometimes your business ends up changing faster than the infrastructure it was built upon. At a certain point, you begin to realize that some systems are only there, not because they're the best or most efficient, but simply because they always have been. "This is just the way things work" is a phrase many find themselves saying more and more frequently.

This approach doesn't work if you want to foster the same company culture that got you to where you are in the first place. When you have this realization, you basically have two options. You can continue to rely on the "old school" way of doing things, or you can make a change.

At AF Group, we decided to make a change.

The Story So Far

AF Group began as a critical part of Anglia Farmers Limited, which itself was founded back in 2003, and now is the largest agricultural purchasing group in the UK. We were started by a group of farmers who decided to come together so they could collectively buy resources like fertilizer and feed in bulk to save money. Once Anglia Farmers Limited was formed, it quickly grew beyond that original purpose. These days, we do it all. We can provide everything from electricity to mobile phones, and we're even one of the few organizations in the United Kingdom to have a discount with Apple. Most recently, we've introduced PR and marketing teams that our members have access to. We also have a team that can help people find grants to get essential funding to help develop and grow their business.

Because of the very nature of our organization, culture has been—and always will be—essential to what we do. We have a lot of people working on different tasks, but at the end of the day, they all need to come together and work like they're part of the same team.

As we continued to grow, this proved to be more and more challenging. We grew from 30 to 150 employees, and we started to realize there was a fundamental disconnect as our office expanded. We lost the atmosphere and the feel of a smaller company and our processes were not malleable enough to change and support our growth. And it wasn't just affecting our culture, but also our work.

The Problem with the Old Way

Our old internal processes were outdated. And that’s putting it nicely. For example, we had a calendar for scheduling that was an Access database. It let people book meeting rooms or informed everyone they would be out of the office for a week, but it was put in place as a stopgap solution when we had only 30 people. Flash forward ten years and no one had done anything about it. We had not stopped to find a better way to support our needs as we grew quickly.

Since maintaining culture was incredibly important, we tried several solutions over the years to reinforce it, but none of them worked very well. We started a newsletter we’d send to everyone the office. But you needed to have enough content to make it worthwhile, which means we would often end up sitting on certain items for weeks at a time. This caused the newsletter to lose its timeliness pretty quickly, which ultimately made it pointless. You want to celebrate the birth of a child when it happens—not weeks later.

We also used shared drives to pass files back and forth and work on projects together, but this also proved to be clunky and inefficient as we got bigger. It was difficult to view who was doing what, to see why changes were being made, and how they affected the bigger picture. It also became filled with duplicate versions of documents. It started to hurt our ability to collaborate with one another—not help it.

Out with the “Old School” Way

We originally planned to build a solution in-house with our development team, but that turned out to be a bad idea for a few reasons. First, we had a massive new project that would require all our attention. Second, because we were so focused on our core mission, this new platform would never make its way to the top of the priority list.

So, we began the hunt for a new solution to adopt. We knew there were certain things that it absolutely needed to be able to do. The biggest need we had was to immediately empower a better way to communicate internally—and avoid the reply-all email issues. We couldn't afford something that was just a lateral move from our existing processes.

Many of the solutions we investigated had nice websites, but their functionality wasn't where we needed it to be. They looked too old school. Because old school was something we were trying to free ourselves from in the first place, obviously this was a non-starter. We were already working from outdated systems that didn't support us today, let alone tomorrow or five years from now. We weren't in a situation where we were content to just deal with more of the same.

But then, thankfully, we found the Igloo digital workplace platform. After spending just a few minutes with it, I could absolutely tell that it was different.

Initially, there were just three of us playing around with the Igloo demo, but right away we could see how well it checked a lot of our boxes. I had experience building websites and others had experience in using a CMS, so Igloo was very easy for us to pick up. We hit the ground running in less time than any of us expected.

Small but Steady Wins the Race

We knew we had to be careful with our implementation. We had to get it just right. This was a move to something very different than what we had, so we decided to take things slow. We signed off on the contract with Igloo in October and had everything built and ready for launch as scheduled which was early December. Our full launch of our new digital workplace, called ALFIE, was February 1st.

We broke everything down into smaller releases to make the implementation as easy as possible for everyone. For example, we started with adding the meeting room and holiday booking functionality because our previous system was a major pain point for a lot of people. It was now synched across calendars and it was an easy win and a good start to set a positive experience.

Every two weeks, we would roll out an additional portion of our new site. We would then do a 15-minute training session the week before so that, at some point during the week, everyone would have at least some training on the new update. Then, we'd make sure we had documentation available, and we'd let another new feature go live. Wash, rinse, repeat.

Considering it was just me and one other person working on the launch, we also had to make sure we could deliver the training and support everyone needed. Even in hindsight, I'm quite confident this was the right approach to take.

For our organization, the benefits of Igloo are prevalent in multiple areas, including collaboration, knowledge management, and culture.

In terms of collaboration, we moved our entire appraisal process onto Igloo platform and it has been an absolute dream. No one has to forward Word documents between different departments anymore. The form is now on ALFIE and it's quickly sent on to a manager to accept. In addition, all relevant notes are there so meetings are also more productive than ever.

We’ve also seen huge strides in knowledge management. We still have a shared drive, but it's a lot smaller than it used to be. Everything is considerably more manageable now. If you're looking for an element like an expense form, everyone knows where to find it. We also just went through a big rebranding exercise where we updated our logo and corporate colour schemes. All of that is now available in our brand portal on ALFIE, controlled by the marketing team with version control. Our employees can rest easy knowing they won't accidentally be working from an older document. They will only ever get the most recent one, no matter what.

But the biggest area we’ve seen improvements has been in culture. Igloo has helped us break down the silos that used to exist. Different departments are still focused on their core areas, but because they can communicate and collaborate with one another, they feel like they're all a part of the same team. It's even allowed us to create a more fun atmosphere than we had in the past. We now have a new form where people can nominate colleagues who go above and beyond in their role. That wasn't something we would have been able to do even two years ago. We even communicate better since we can create more helpful blog posts on relevant and important topics.

Though it's only been a short time since our deployment, our staff already love the new system. We've solicited as much feedback as possible, and the lion's share of it has been incredibly positive. Even the negative feedback isn't necessarily negative—it's more like constructive criticism. It's helped us identify areas for improvement, which we can then act on.

The Art of Empowering Change

In the end, every business is going to change. When you think about it, that's sort of the point of running a business in the first place. Every day you should be a little bit bigger, stronger, and more efficient than you were the previous day. But without the right scalable systems in place, change won’t just be hard to manage—it will often be downright impossible.

Without the right scalable systems in place, change won’t just be hard to manage—it will often be downright impossible.
Share it Tweet it

You can't change everything overnight and expect 100% of your people to be onboard with it. You need to take the time to guide them through the process and help them understand why it's so important. You need to listen to their feedback because a lot of it is useful. Have a plan. Take your time. And give yourself permission to not only get the job done—but get the job done right. 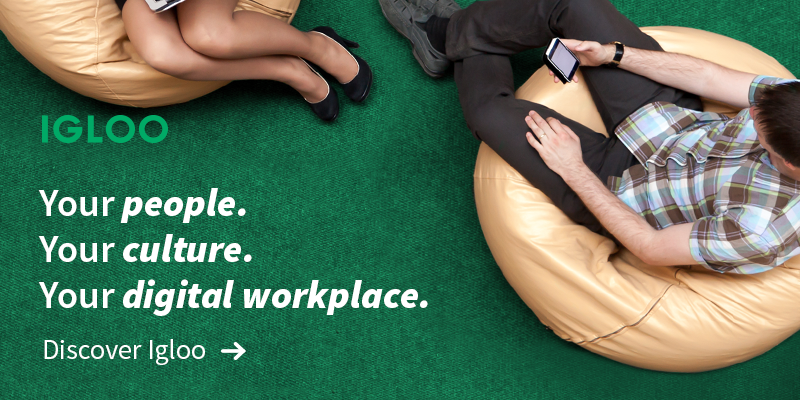 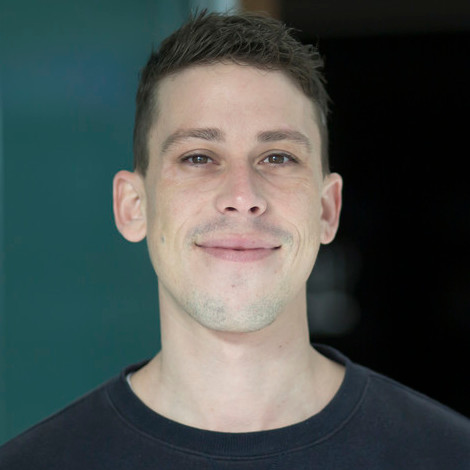 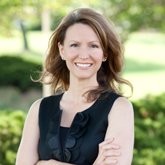 Igloo Software
Bringing Employees Together for a Better World 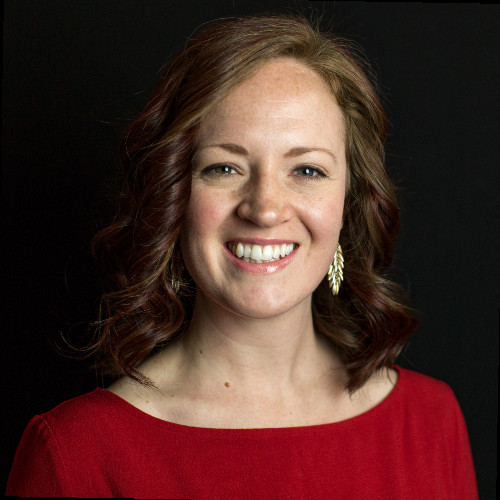