Fixing the Connectivity Gap through the Power of Datacasting

Imagine that you’re stuck in traffic on the George Washington Bridge. Every lane is packed, and more than half of those vehicles are semi-trucks. The easiest solution to handle all of the traffic is to build another bridge for the largest, most frequent travelers. It would give them a reliable route that is better, faster, cheaper, and more predictable while also making way for free-flowing traffic for everyone else. The same type of solution can be used for transmitting data on the internet.

When everyone moves data over a single congested route, the result is a traffic jam and slow connectivity. What ARK Multicasting, Inc. brings to market is that additional bridge for data delivery. Using a new broadcasting standard, television stations can now route the largest and most consumed internet content wirelessly to millions of households simultaneously. This new transmission path offloads large files from the congested internet superhighway and builds a new special transmission path for those large semi-trucks. Our customer—whether it's an over-the-top (OTT) provider, internet service provider (ISP), autonomous driving vehicle company, educational institution, or the content owner—simply pays a toll to get that data across the bridge in a faster, better, cheaper way. Their end user is then happy because they no longer have to deal with slow internet speeds, buffering, or worse: no connectivity at all.

This is the story of how ARK Multicasting is building that “bridge” to ease digital traffic, trailblazing a new path in the broadcasting space. We have challenged the way people think about data and showed them how to embrace this new broadcasting standard.

An Early Start to My Broadcast Career

I began working in broadcasting after graduating high school. My family had a Christian television ministry and my first role there was to handle some of the basic digital elements, like editing, graphic design, and video production. My father had long been engaged in hosting Christian TV programs and building TV stations, and over the last 20 years, he scaled his broadcast assets to be significant, with roughly 300 stations across the country. Because I’d gotten an early start in the business, it was easy for me to follow in his footsteps.

In 2009, we began envisioning these broadcast television stations as datacasting facilities. Work was beginning on a new television standard that would convert traditional TV into internet protocol television (IPTV)—a technology that can deliver both a regular television picture and data files using the language of the internet.  This became a reality when the Federal Communication Commission (FCC) adopted a new TV standard called ATSC 3.0. That is why we created ARK in 2018. Since we got started so early, ARK was ahead of the curve and had several new opportunities with broadcast internet services and datacasting.

Today, ARK Multicasting is a 5G wireless data delivery platform that offers a wide range of services like powering ISPs, OTT media providers (streaming services), distance learning, gaming, and cloud services like AWS and Microsoft Azure. Over the last couple of years, we have embraced the latest in technology, building our business strategy to maximize the opportunities available with the 5G revolution.

Though we have moved into a somewhat technological space, we are experts on broadcasting, not technology. I would never claim to be a technologist. However, what ARK brings to the table is being a leader in thought innovation. My dad always says, “Broadcasters were wireless before it was cool," but broadcasters have forgotten that we're wireless. In my mind, one of the most innovative things that ARK brings to the table is a willingness to look at television spectrum as a wireless data asset and not just a linear television delivery system.

We see ARK as a broadcast internet pipe, and our spectrum as a wireless asset. We harness the power of one to provide services to many people so that we can reach people faster, cheaper, and more reliably. This is very different than all other legacy business models in the broadcast space.

The United States is currently dealing with a $500 billion problem often referenced as the broadband divide. Roughly 50% of homes in the United States do not have sufficient broadband connectivity. While the current offerings are inadequate, the demand for reliable, fast internet access is growing, in part because there is a huge demand for streaming content. Said differently, there are too many trucks crossing the bridge and not enough bridges where we need them most.

This need is at the intersection of the tech world and what ARK has to offer. We provide an elegant architectural solution creating better coverage to those areas.

The traditional unicast architecture of our communications networks is somewhat rigid in how it moves data. If one person downloads a 100 GB Xbox update, they will use the full 100 GB, which most services can handle. The problem occurs when 100 or 1,000 people try to download that update at the same time, and 100X or 1000X of duplicative data is moving over the limited pipeline. The effect is exponential, creating a data traffic jam that slows the downloads for everyone.

ARK’s one-to-many broadcast internet architecture allows for that same Xbox update to go out to all applicable users within a 70-mile range. There is one source, and it can send one thing to many people at the same time.

Our greatest challenge is educating people about this difference. Broadcasting has been around for a long time, and it can be difficult to discuss changes and convince people that doing something a different way can improve a service. I get it—it’s hard to break the association with the concept of traditional television. Great innovation always comes with hesitancy. We’d still be using Blackberries with small screens and physical keyboards if Steve Jobs didn’t help us think differently. Once we help people get past the notion of traditional television being limited to an entertainment medium, then the real work can begin.

Even though I’m not a technologist, I know how to partner with the right people who can help us realize the capabilities that broadcast can fill given the right approach. In this case, the right partner was Hewlett Packard Enterprise (HPE). One of our close channel partners introduced us to the idea of using HPE servers, which was the first time we’d thought about working with HPE. When another friend recommended that we get in touch with HPE’s Communications Technology Group (CTG) team, we decided to have some conversations and see what we could accomplish together to fill the large gap in internet services.

To start, we brought them up to speed about our space and the new ATSC 3.0 standards. In turn, HPE provided us with a basic education about the cloud space. When they came to the table, they helped us identify our objective, which was to help us fully realize that elegant architectural solution we had been talking about.

Today, HPE is building a lab at ARK to demonstrate an orchestration platform on their servers and hardware. On the hardware side, we’re using their HPE Edgeline EL8000 5U Configure-to-order Front Cabling Chassis as a ruggedized solution to enable faster data transfers. For software, we use Virtual Headend Manager, Service Director, Media Workflow Master, and Solutions Management Support Services.

Receivers, Tuners, and a New Use Case

The history of the internet ecosystem shows us that the insatiable demand for data is going to create the market for these receivers as we have seen when consumers have upgraded their devices from 2G to 3G, 3G to 4G, and now the move to 5G. Traditionally in broadcasting, receivers are an afterthought because TVs are the receivers and TVs are ubiquitous. The upgrade cycle for traditional televisions is significantly longer than the cycle of internet devices which is what we now provide. For ARK, TVs are just another device that connects to the internet, and we provide internet connectivity. When you provide an improved service, the market will migrate towards it. Consumers have always demanded the latest technology.

Viewers aren’t just viewers anymore. They’re data users, and there’s never going to be a lack of data consumption.
Share it Tweet it

ARK provides a box that serves as the receive device and caches the content, basically creating a kind of data center in the home. As a result, our success isn’t predicated on the organic growth of receive devices or television sets, which is a big difference compared to other broadcasters. The traditional television business model is based on viewers, and that can be very limiting. Our business model is something that we bring the viewers—who are not just viewers anymore, but data users. Our world consumes data in such enormous ways that there's never going to be a lack of data consumption.

Like many other industries, the pandemic has created a shift in mindset, giving us an opening to make necessary changes within the industry. Suddenly, change became essential as people had to work from home and individual demand for data skyrocketed. COVID-19 elevated awareness of the lack of connectivity across the country, and it became a problem that was nearly impossible to ignore. Some students had to drive to local facilities to take advantage of their free Wi-Fi to do their schoolwork. Even when they used Wi-Fi in the parking lots, it was inconsistent to send and receive the content they needed.

Last mile connectivity remains a big problem. The traditional solution calls for laying a lot of fiber, but let’s be honest—most of the population with this need isn’t going to get faster, more reliable connectivity by waiting for trenches to be dug and lines to be laid in the ground. For starters, it’s expensive and difficult to get all the way to the end users. Cellular is another way to reach these users, and it’s something that we need to do for overall connectivity, but it’s not going to work on the scale we need.

Leveraging HPE, ARK can fix the connectivity gap and bridge the broadband divide without thinking in terms of legacy. In addition to typical media consumption, ARK can facilitate distance learning, where even students without any connectivity can connect and receive content. The power of datacasting can close that gap significantly faster and in a much more cost-efficient way.

Going forward, HPE and ARK will continue our partnership. Like any good business relationship, there are times when we hold their feet to the fire, and there are times when they do the same to us. This is new territory for both of us and we still have a lot to learn. The more we learn and find new opportunities, we will leverage HPE to help us stay nimble and agile enough to add new offerings.

Ever since we started building our broadcast internet business, we’ve dreamed about the different services we could provide. For the first time, we have a full production environment that’s capable of serving any kind of opportunity we’ve considered, including linear broadcasting and free over-the-air services. Now, we are open to any customer who wants to get their data from one source to many end users employing the largest unencumbered network in the country. 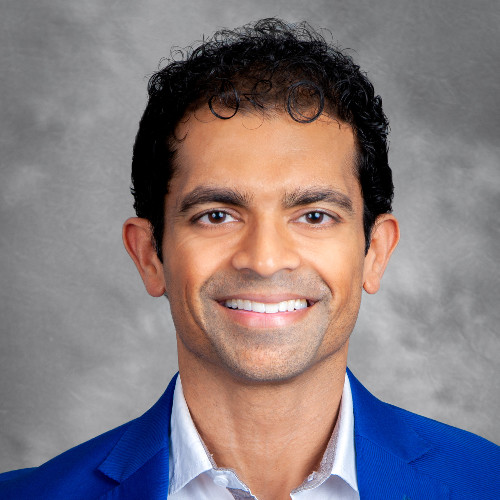