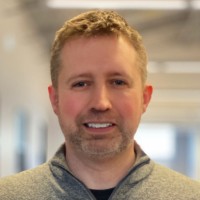 Will Wilson
IT Manager at City of Happy Valley

For Cost Savings, Manageability, or Disaster Recovery: You’re Never Too Small for Nutanix

The year 2020 was rough for a lot of people. For those of us in the City of Happy Valley, Oregon, we had to contend with not only a global pandemic, but wildfires as well. But as the perfect storm of events brought risk to our data, I was fortunate that we had thought ahead.

I started as IT Manager with the City of Happy Valley eight years ago, at a time when the city’s needs were changing. Located in the Portland metropolitan area, Happy Valley is one of the fastest-growing cities in Oregon.

Previously, the city had used third-party IT services, but at their speed of growth, those contracted services costs became unfeasible. They needed to move to local, internal IT resources. I was that first in-house IT hire.

It was a big change for me too, going from the private to the public sector, and I didn’t know what to expect. I soon found that the city was very open to technology. They didn’t necessarily want to be on the extreme cutting edge, but they saw the necessity of being current and relevant. Also, despite its growth, its employee base was actually quite small, which made it agile.

It’s easy to make changes when you don’t have all these layers to work up through. One of the first changes I made was moving to cloud hosting with Office 365. I then started exploring changes to internal processes and systems. Two years ago, I considered whether we might finally be large enough to make the hardware shift to a virtualized platform.

Many Solutions Are Simply Too Big for Our Needs

My story with Nutanix begins here, with some cupcakes. The cupcakes arrived at my office out of the blue, and I thought, “Who’s Nutanix?” It was a bit of a cold call, but I have to admit they got my attention. I came across this term in their material, hyperconverged infrastructure (HCI). I was intrigued because we had a full VMware system/SAN that worked well at my last job, but each of its components was separate.

So I invited Nutanix out to do a presentation, but I made it clear that the city was a little small for doing a SAN, a whole separate network, and then nodes. That’s a pretty big forklift upgrade for even a medium-sized business. I said, “We’re not one of these Fortune 500 companies that have hundreds of VMs running. I’ve got a couple dozen servers, with a few added every year.” I’ve dealt with a lot of these companies who see we’re a government and assume our needs are bigger than they are. And for a lot of these companies, it seems scaling up is a lot easier than scaling down. To my surprise, the folks from Nutanix said, “That’s not a problem. We can accommodate and scale to that size.”

For a lot of companies offering IT solutions, it seems scaling up is a lot easier than scaling down. #NutanixStories
Share it Tweet it

The timing was perfect. We were at a point in our hardware cycle when we needed to replace several pieces of server infrastructure that were technically working, but were several years past their prime. We had to make an upgrade anyway, so it worked out well in our budgetary cycle. We had also looked at MS Hyper-V and VMware, but when Nutanix showed up, everything changed.

I called around to local Nutanix adopters, and the feedback I received was overwhelmingly positive. One person said to me, “Once you install it, you can set it and forget it. Not to say I don’t monitor it, but it runs so well, I don’t have to constantly check it.” Hearing that was a definite positive for me, because I’m a one-person IT team. I don’t have the resources to spend an hour every day managing the system. The fact that Nutanix could scale down just as easily as it could scale up is what got me excited about it. And then when I ran the numbers, the total cost of ownership was reasonable.

Once we got the go-ahead to purchase Nutanix, I elected to use a local Nutanix partner, Structured, to help with the initial setup in September 2019. Some of the Nutanix adopters I had spoken to told me I could do it myself, but I thought, “This is such an important project, I want to make sure it’s set up right.”

Once the environment was online and they showed me a few things in the interface, like creating a VM, I took over from there. I wanted to start clean with brand-new VM builds rather than just migrating from physical to virtual. It meant that all our operating systems were current and modern.

When a Worst-Case Scenario Blew Into Town, Nutanix Had My Back

When we first considered Nutanix, we looked at their other products too. We realized this wasn’t just a server platform, because there was the potential to grow the system further down the road. Two parts that intrigued me from the beginning were their virtual desktop infrastructure (VDI) and disaster recovery (DR) solutions.

In the last eight years, the city has moved from local to cloud and now to hyperconverged resources. These transformations have greatly helped us deal with the challenges that 2020 has brought. In the era of COVID, when everyone is moving to remote working, Nutanix makes it easier for people to remain connected, and even for me to do my job remotely. I can manage everything from Nutanix’s single pane of glass.

In 2020, not only did we experience the global pandemic alongside everyone else in the world, but here in Oregon we experienced a pretty big wind event. I’m talking hurricane-force winds pushing through a dry area, just as the forest fires kicked up. Late summer forest fires are a regular occurrence here, but unlike previous years, this time they were just down the street.

I remember looking out my window on a particularly windy day, and you could see what looked like a cloud layer going by. You might think it was clouds, but it was heavy smoke passing by because the winds were so strong. The fire was moving at such an exponential rate, at one point it seemed to just explode. The evacuation zone started expanding rapidly because the fire was moving. Where I live in the suburbs is not even a rural area, and suddenly we were placed under a level-two evacuation notice. Level two means be ready to move out at a moment’s notice.

City Hall had of course been talking about the logistics of the fire and what the smoke meant for people working from home. I remember getting ready the morning after I received the level-two notice, and then it hit me: What do we do if the fire reaches City Hall? How would I recover all our data? We had local backups, and we even sent some of our data offsite to a remote location in California, but if the fire got to City Hall, it wouldn’t be easy to get everything back online. What would I do?

I went into work to start looking into this, and I remembered that Nutanix had talked about disaster recovery and integrating with the cloud service. I reached out to Nutanix that day with my underlying question: If something happened here, can I get my VMs back online and the system up and running? That same day we had a conference call and they started talking about Xi Leap. Their DR solution would replicate our environment in one of two facilities, either East Coast or West Coast. Within seconds of declaring an emergency, our environment would fail over to another location and would keep running just as if I were sitting in my office.

It sounded just like what we were looking for, but it would take a few days to get this all set up and our data moved over. We were already at level-two evacuation. I said, “Get me some information on Leap,” and we left it at that. Later that evening, I got an email from Nutanix. They understood the urgency of our situation, because I could be evacuated at any moment, and then my availability would be severely limited.

They said, “We’ve got you. We’re going to get you set up on an environment ASAP as a trial for the next 30 days. If you’re able to work with one of our engineers tonight, we can get this replication process going.” So later that night I was on a call with one of their engineers, and within an hour and a half we had the Leap replication going to the remote center we chose, which was the East Coast.

The next morning, I came in and sent off an email to city executives explaining what I’d done. I gave them the bullet points and said I wanted to look beyond the 30-day trial. What I learned about Leap is that it had a unique snapshotting ability in addition to the backup systems. We could create another set of backups through our Leap environment.

When I received the pricing to continue with Leap, I could then explain to city executives that, yes, Leap costs more, but we were gaining more recovery options than what we previously had, and could do away with our previous offsite backup. They agreed. Now, if a meteorite were to hit City Hall, our recovered data would be at most eight hours old, and that’s only because that’s when I’ve set the snapshots. It could be even less, if I wanted.

Today, instead of racks of servers, I have three little boxes that take up one-tenth the space. We have almost five times the storage and compute power of those physical servers in a much smaller footprint, and I have lots of capacity for growth. Because of the resiliency of the system, I can perform software updates in the middle of the day, because the system doesn’t need to be offline. I don’t have to worry anymore about this piece of software being compatible with that other thing. We’ve seen a 10–20% cost reduction in replacing physical servers.

There’s no more logging into different environments, and the Prism interface is easy to understand. I can scale up resources, be they compute or memory or space, as needed. Being a one-person IT operation, that manageability is essential. With a few clicks, the environment is updating during the day. I have said goodbye to 2 a.m. maintenance windows. I can’t put a dollar figure on the way that improves my quality of life and how it allows me to focus my energy on other initiatives.

This past year taught everyone that inevitably we will face emergencies that are unfortunately out of our hands. What we can control is how we prepare our organizations for the fallout. To anyone considering this kind of system, I would say: You’re never too small for Nutanix. Now, the City of Happy Valley is prepared for whatever comes next. 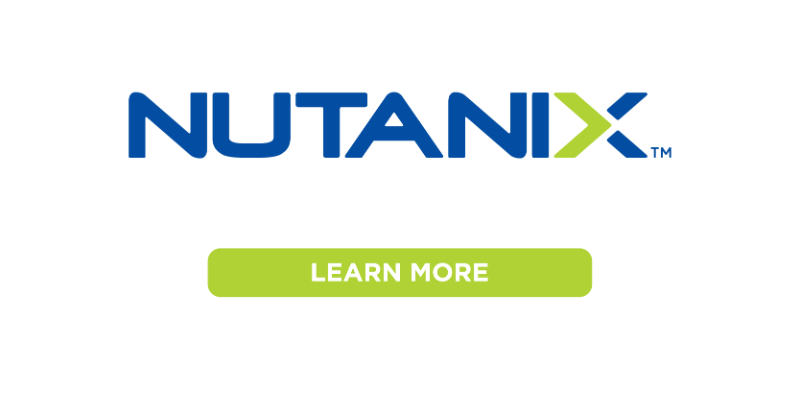 Will Wilson
IT Manager at City of Happy Valley