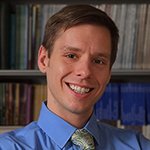 Numbers are all around us, we just have to look for them. And, more importantly, we have to know what to do when we find them. To make educated decisions, we need good data, and the tools to make sense of all the information we have at hand. At Rutgers University’s Center for Advanced Infrastructure and Transportation (CAIT), one of the areas we research is highway safety and our aim is to make our roads in New Jersey safer for everyone.

From Bikes to Cars

My background is in urban planning. That’s what I studied at DePaul University, with a focus on pedestrian and bicycle-related planning. I began to study the impact of the global economy on inner cities and suburbs. I also explored the aspects of country life that city people desired; things like gardening, hiking, open spaces, and the optimal use of park spaces, and how to best incorporate these aspects into the urban landscape. Later, I worked for the Chicagoland Bicycle Federation, a non-profit organization where I helped planners design a multi-modal pedestrian and bike-friendly place. This was back in 2008, before the city implemented its bike share program and built up its extensive network of bike paths one can find there today.

Then, in 2009, my life was changed forever when I was in terrible car crash. I was the passenger in a fatal crash, and I had to move back home to New Jersey because I needed months of therapy. An experience like that can change your life. The trauma I endured altered the way I think about my work and forced me to reconsider the things that are important to me.

I constantly thought about—and relived—the crash. That’s when I asked myself how I could prevent people from enduring what I went through. My focus shifted away from urban planning. I wanted our cities to be more livable, natural, and friendly—but I also wanted them to be safe.

Safety Is All About Numbers

This life-changing experience is why I ended up here at CAIT. I’ve spent the last four years looking at crash data—everything from property-damage-only crashes all the way up to fatal car crashes. I work with engineering departments to help them locate problematic roadway curves, dangerous intersections, and stretches of road that need better signage or safety infrastructure improvements and replacements.

I also work with law enforcement agencies to help them better educate drivers and to better enforce roadway safety. Other organizations that work with us include Transportation Management Associations (TMAs), the American Automobile Association (AAA) and the Brain Injury Alliance of New Jersey—a group that educates high school students about the importance of the Graduated Drivers License program, respecting seat belt laws, and wearing bicycle helmets. You could say that I provide information to allow safety professionals to teach the best practices that help users of our roadways stay safe.

My work here is all about data, and we need a crash analysis software tool to support our work the New Jersey Division of Highway Traffic Safety (NJDHTS).

90% of your users won't be data people. Find BI solutions that everyone can use. @numetricBI
Share it Tweet it

It was necessary to figure out a way to provide this useful information to their stakeholders, and time was running short. Since we had worked with a previous tool for a decade, I already knew our user base and I knew what some of their requirements were. Safety professionals were aware of the basics of crash occurrences in their location, but they need to know more granular level information: Information pertaining to what time of day each of these crashes happened; whether the driver was drunk or speeding; if there were any pedestrians involved; and other more precise facts.

The solution was clear: We needed to construct a tool that was customized to our needs and could give us the granular insights needed to make the best decisions moving forward.

From Dream to Reality

I needed a solution quickly, and fortunately, I’d met the team at Numetric a couple of years earlier. I was very impressed with the company’s product. Numetric is marketed as a business analytics tool that can work with any data sets. Numetric had already deployed a crash analysis solution for the Utah Department of Transportation, so I was confident Numetric could do the same thing for us. Time was of the essence, and that’s where Numetric shined.

Numetric assured me they could get us up and running in a very short time. We started working together in November of 2016, and we had a beta-version ready to go by mid-January of 2017. We went live at the beginning of February. I had confidence that Numetric was able to hit the promised timeline, but I had no idea it would be this fast and simple.

In some ways, our new tool was almost an out-of-the-box solution, with some customization. We were able to leverage Numetric's traffic and safety app as the basis for the NJDHTS’s new crash analysis software, the Crash Analysis Tool. They took the data and built a system around it. You could say Numetric provided the engine, and we provided the gas.

Our new system with Numetric forced us to rethink the way we coded and displayed various statistics. One of the items we added was emphasis area involvement. Using Numetric, we were able to create back-end transformations that allowed us to flag crashes where one or more circumstances were present.  We created searchable columns for Distracted Driving Involved Crashes, Unsafe Speed Involved Crashes, Younger and Older Driver Involved Crashes, and several more.  It may seem like a minor change, but it yielded search results that are easier to understand, and which are far more useful to end users.

This is only one of the many ways that Numetric has improved NJDHTS’s Crash Analysis Tool. The biggest change is the map interface. When users log in, they’re immediately greeted with color-coded dots on a map indicating where all the crashes took place. This is not only visual, but it also mirrors long-established procedures. A lot of police departments use pin maps. When a crash happens, they indicate its location with a thumbtack or a pushpin. An officer in a cruiser now has access to the kind of information that was previously only available at the station.

The quality and accessibility of available data have also improved. If a user goes into Numetric and types in the name of their town, they can click on the “More Stats” page and get various visual breakdowns of the crash statistics in their area. Among other things, they can break down the numbers by time of day or how many crashes involved alcohol. Because the graphs are interactive, they can click for even more detail. This allows for an easy-to-understand interaction that provides users the ability to explore crash phenomena and identify trends and patterns.

Users don’t need to use structured query language. They don’t have to be a data person at all. Ninety percent of our users are non-technical people, so it’s crucial that they can easily figure out the system. Many of them are also infrequent users. If they log in at the beginning of January for the first time, the interface should be so simple that they don’t have to re-learn it if they next log in at the end of April. Because the platform is so straightforward, people who access the system can be confident they have retrieved exactly the data they need.

Another byproduct of the visual representation of information is that the process becomes more exploratory. With a query-based approach, a user can go in looking for a specific answer. Scrolling through dashboards makes it easier to make new connections, and to see patterns they might not have previously considered.

Don’t think of it as saved time—it’s changed time. Are your tools empowering you to shift your priorities?
Share it Tweet it

On top of the new insight our end users now have, the impact on my job has been tremendous. Numetric has halved the time it takes me to respond to information requests. When various stakeholders come to me, they don’t want a raw spreadsheet, they want the data broken down and summarized in charts and graphs. I’ll save ten minutes on a quick reply that used to take me twenty. A four-hour answer is down to two.

I don’t think of this as saved time, but as changed time. Instead of crunching numbers for people, I teach them how to use the tool themselves, and how to drill for the information on their own. Users are extremely attracted to the education. Empowering them provides both the desire and tools to create and alter policies. Our users are becoming more knowledgeable on crashes. They no longer want to know how many crashes took place over the last few years; they now want to know how old they were, if they were wearing their seat belt and if they were speeding or distracted. It is important to note that the data has not changed much over the last 10 years, but how we use it, digest it, and how it informs our decisions has.

Numetric not only makes it easier to review progress, but also to set targets. For example, we noticed a 5.8% yearly reduction in the number of fatalities due to unfastened seat belts between 2011 and 2015. As a result, we’re targeting a 19.32% reduction by 2018. Concretely, this means we’re looking to reduce the average number of annual deaths from 136 in 2011 to 110 by 2018. If we can demonstrate the effectiveness of this initiative, we can justify the effectiveness of our safety programs. Using Numetric means I can quickly pull these numbers and dive deep enough to get a real picture of what's happening. The platform helps me not only see the data, but act on it.

I can crunch the numbers any way I like, but it all comes down to improving and saving lives. If you’ve ever been in a car crash, even a minor one, you know how stressful it can be. If you’ve lost a loved one or have sustained a serious injury, as I have, you know how long it takes to heal.

In a perfect world, nobody would ever get killed or seriously injured in a car crash, but in this world, we have to do everything in our power to keep the damage, the injuries, and the fatalities to an absolute minimum. I’m trying to keep my corner of the world as safe as I can. 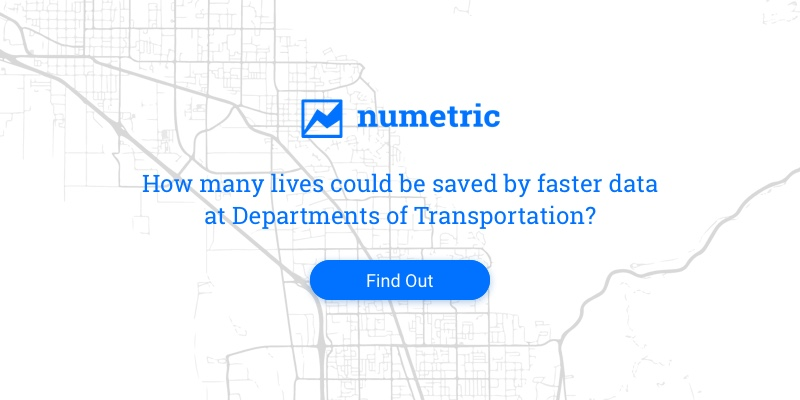 CAIT is one of five National University Transportation Centers, an elite group of academic research institutions that are sanctioned and supported by the U.S. Department of Transportation. 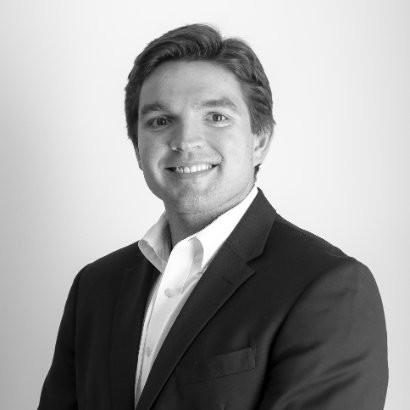 Numetric
Dynamic Data Takes the Guesswork Out of Decision-Making 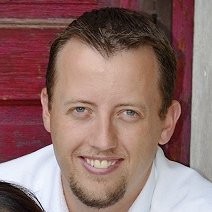 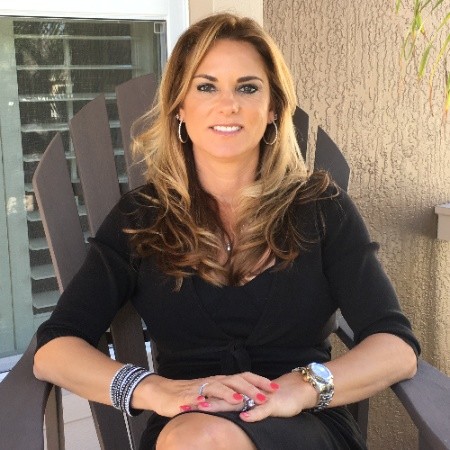