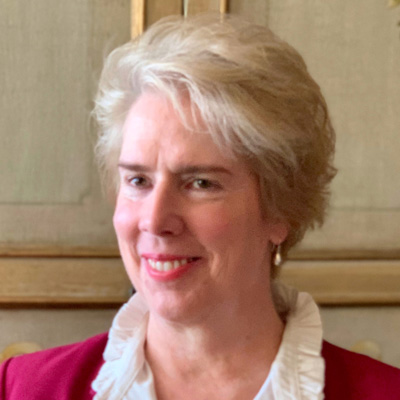 From Team Member Knowledge to Organization-wide Information: The Future of Disruption and Recovery Products

What are you going to do if a horrible storm is coming in from the Northeast and you have to shut down operations in New York City and Boston? You have to divert flights, ensure the safety of your airline crewmembers, and communicate delays and cancellations to passengers.

My journey through aviation prepared me for exactly this scenario.

I fell in love with flying at the age of 10. There I was alongside a courageous mom, in the front seat of a Cessna 172 Skyhawk. She had one set of controls, the flight instructor another, and they gave her wheel to me. “Take the helm,” the instructor said. “This is how you climb; this is how you turn; try a bit of a descent.” It was an amazing experience. I hadn’t realized that the dual controls were linked, and that the instructor could bail me out if I did something wrong. I suppose not knowing added to the excitement, but that didn’t matter: I was hooked.

It was my mother’s idea to take that flight. She had an adventurous streak in her—something you might not have expected from a woman with five children.

I hadn’t shown any previous interest in airplanes, with no connection to aviation through family or friends. Maybe it was the military upbringing in me. My father was in the Naval branch of the service, which meant we travelled a lot. That’s always allowed me to adapt to my surroundings. But whatever it was that got me in that plane—novelty, excitement—I’m thankful for it.

When I look at my life in aviation, every job and learning opportunity seems to have come at the perfect moment. Every opening has required the perfect culmination of my wide-ranging past—I just might not have known it at the time.

I didn’t think much about flying until my senior year in high school. I excelled in

math and science, and loved reading. I was also planning to pursue a career in business. I just didn’t see a way to bridge commerce and the technology of flight.

All that changed when I was 16. We were living in Hawaii, and I decided to take some sailing lessons. I was able to solo in a small two-seater Sunfish sailboat, but more importantly, I learned that sails work a lot like airfoils. Airfoils above the water, the sails, create power to drive the sailboat forward. Sails and wings work similarly in that their shape produces a force from the passage of wind. I was reminded of that single flight with my mother. It all came back, and I knew that aviation would become a life-long passion.

Given the earlier interest in combining business and flight, I initially completed a business degree at Loyola University in New Orleans. Alongside that, I worked full time in the hospitality industry. I was fortunate to work with some of the best and most talented. I learned quite a bit about customer service in hotels and restaurants in a customer-driven city. This knowledge has served me well throughout my career.

Learning and Leading at the “Harvard of the Skies”

I was 24 when I began my aviation studies. I went to Embry-Riddle University in Prescott, Arizona. This campus afforded me the opportunity to fly over mountainous terrain and desert landscape. My goal at the time, upon graduation, was to fly humanitarian aid flights in Africa. For the first year and a half of study, I worked full time at the Embry-Riddle Prescott, Arizona, campus dispatch office while earning my credentials as a commercial pilot and certified flight instructor.

I joined the faculty at this campus in Arizona and began to teach students how to fly in the Cessna 172 Skyhawk, the same aircraft I first “flew” at the age of ten. I then became a check pilot and ultimately served as Training Manager overseeing the Commercial Pilot Program.

After four years in Arizona, I was eager to move forward again and took an assignment as the training manager at Embry-Riddle’s Daytona Beach campus in Florida. This is where I oversaw the activities of 30 flight instructors and 400 students from around the world.

One of the things I realized was that our program wasn’t optimized for international students. I’d get into the cockpit with a student from China or Japan, and they’d share that they’d never driven a car. This got me to thinking, “How do we customize our training to address individual student’s needs?” We had to do better. After all, Embry-Riddle had a global reputation as the “Harvard of the Skies.”

This is when I really fell in love with teaching and education—not just flight instruction. At the time same time I was managing the commercial flight program, I was also pursuing an MBA at night. My thesis subject was cross-cultural training for expatriate managers. I studied the issues that managers in multinational corporations faced when they tried to teach corporate practices and company policies in unfamiliar territories that had very different cultures. I then applied my findings to enhance parts of our curriculum.

My time at Embry-Riddle granted me many opportunities to flex my muscles in all my areas of expertise, except one. And so, in 1999, after six years at the Daytona campus, I finally took up flying commercially as my primary career.

I spent the next three years flying Embraer 120 turboprops for Atlantic Southeast Airlines, and then onto flying Bombardier CRJ regional jets for Atlantic Coast Airlines, which changed its name to Independence Air before it ceased operations.

I was eventually furloughed, and I wasn’t actively flying for Independence. This is when I made the switch to the operations side of things. After a brief stint as the airline’s customer service manager at Chicago’s O’Hare Airport, I was transferred to Dulles Airport in Virginia, where I became the Duty Director of the Operations Command Center (OCC).

I was put in charge of the airline’s command center and oversaw the various teams, including system control leadership, crew services, dispatch, maintenance control, and routing. I was able to use my previous expertise in exciting new ways. It was an interesting culmination of years past.

Sadly, Independence Air didn’t have a solid business model. A surplus of aircraft mixed with a highly competitive environment cause the company to cease operations in 2006. At that point, many team members pursued opportunities offered at JetBlue, a competitor that had a similar approach to customer service but a better approach to commerce. I was one of those people.

JetBlue was a six-year-old company when I joined and we were just starting to formally document all the policies, processes, and procedures for their System Operations center. They also began to expand their training program. I was part of a small team that helped the airline achieve these goals. After five years, I segued into the continuous improvement arena, which further expanded the scope of my work.

As we were documenting best practices, lean processes and procedures, we realized it was critical to develop cross-departmentally and collaboratively. We needed to ensure against single points of failure. In the event of an emergency scenario, we needed teams to activate at various levels to ensure business continuity.

To better handle every contingency, JetBlue needed to automate the process. We decided to train as many System Operations team members as possible to utilize disruption management software. We couldn’t afford to rely on a select few for the use of the software.

Our approach was based on the crew resource management (CRM) model. CRM is the five-step decision-making process that helps flight crews enhance communication and coordination, maintain situational awareness, strengthen decision-making, and improve teamwork.

The process is designed to fast-track decision making during normal operations, irregular operations, and in an emergency. It allowed flight crew personnel to question or alert command authority of critical useful information without being insubordinate. It is another way of avoiding silo thinking. In a difficult situation, you don’t want too many voices, or too few. You want to empower everyone to contribute to a timely and effective solution.

Automation helped us to achieve this at JetBlue. Instead of having one or two people who were experts in utilizing the disruption management suite, we had up to 10 when a big storm flew in.

This is when I first encountered GE Aviation. I was using a tool called Sky Solver Suite. It was originally released by a company named Caleb, and then a part of Taleris within GE Aviation. The game-changing feature of this tool is that it provided team members in the System Operations center with the same data at the same time.

This may not seem like much, but when you look at what’s going on in the backend, it’s a bit of an eye-opener. There are several teams in the ops center, and they’re all receiving data from disparate data sources. But it’s not all coming in at once, and it’s not available to everyone. GE helped JetBlue streamline the process, move the data and the applications to the cloud, and then worked as an integrator to make information available to all of our teams simultaneously.

There was no longer a need to go through spreadsheets or cross-reference data flows coming from different backend domains. Timely, reliable information now would become available to those relevant team members. With the push of a button, we had the data we needed to make decisions every day to handle irregular circumstances. As advanced as it was, there is now a newly developed dashboard-based disruption and recovery management suite offered by GE Aviation.

After many years at JetBlue, I made the leap from customer to GE Aviation employee. Out of my tenure of 12 years with JetBlue, I’d spent seven years as a Continuous Improvement Manager and as the point of contact for the disruption software suite, it was time to take on a new angle in the aviation industry.

When I look back at my career, I realize that GE Aviation is exactly where I want and need to be right now. My current role pieces together all of my expertise and allows me to do what I’ve always done: build. I’m happy that I’m building bridges with the global aviation community. 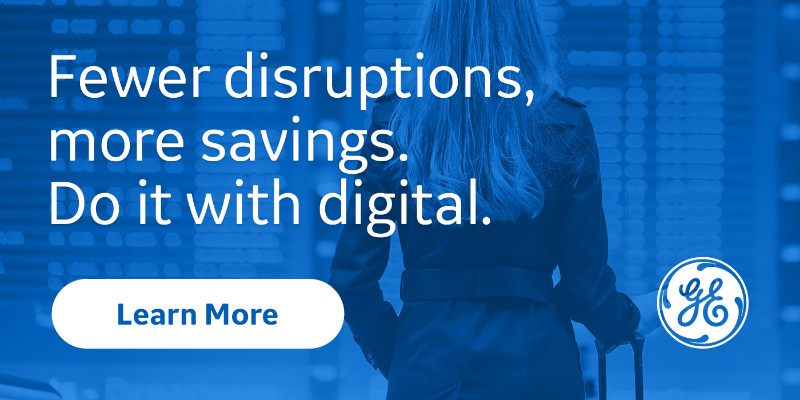 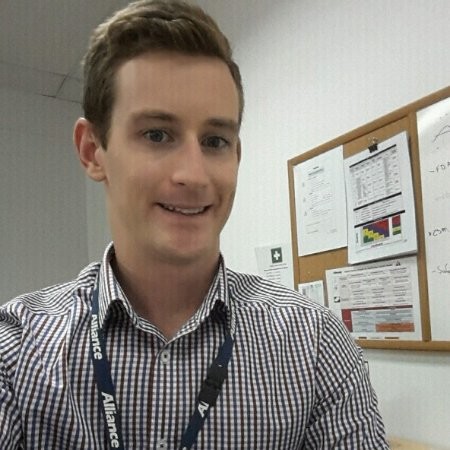 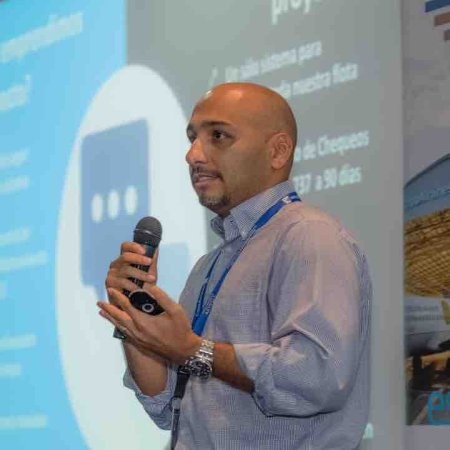 GE Aviation’s Digital Group
People-First: The Way to Accelerate Growth at Your MRO 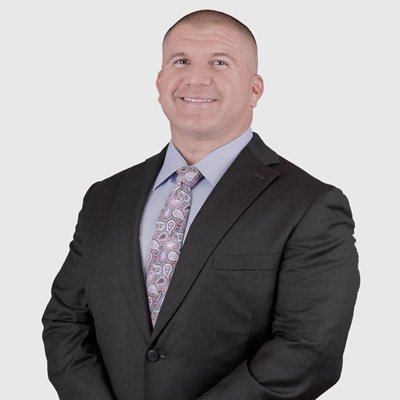