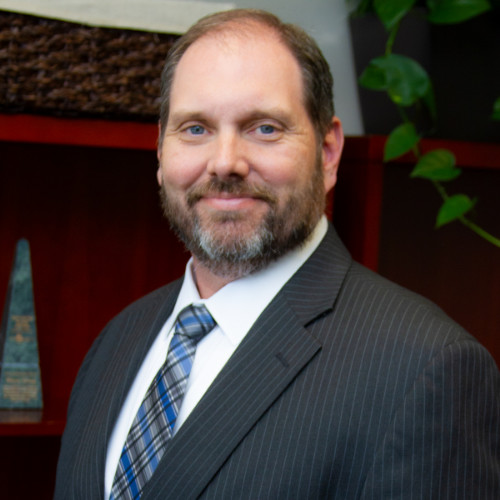 Going Beyond Telehealth to Bring Scalable Healthcare to Your Entire Community

You’re walking down the street when you’re stopped by intense chest pain. It’s a heart attack. Thankfully, someone calls 911 and you have the immediate reassurance that someone knowledgeable is on their way to help.

But what happens when you have a mental health crisis? Often, a bystander will call the police. While law enforcement officers do remarkable work, they’re often not trained for a mental health emergency.

At The Harris Center for Mental Health and IDD, our mission is to transform the lives of people with behavioral health and intellectual and developmental disability needs in Harris County, Texas. Our catchment area includes Houston, which is the fourth-largest city in the U.S. Currently, we have over 2,300 employees who provide services to over 80,000 individuals in a typical year. We’re among the largest mental health systems in the country.

Every person at The Harris Center brings their passion to the job. For myself, it stems from my own experience in long-term recovery, as well as having family members who have been impacted by mental health, substance-use disorders, and intellectual and developmental disabilities. I know people with mental health issues deserve better care, and I believe technology is the bridge to get there.

The Harris Center and the Harris County Sheriff Office has developed an innovative telehealth pilot program—the first of its kind in the country—that virtually connects mental health clinicians with law enforcement deputies to turn a law enforcement response into a health response during mental health crises. In this story, I’ll take you through our steps in developing the pilot as a public health system with a finite budget, and share the phenomenal early results we’re seeing.

Technology Can Help Us Stop Another Tragedy

Likely, you’ve seen a tragic news story about law enforcement responding to a mental health call that didn’t go well. Suddenly the situation escalated, and officers found themselves deciding about whether to use force.

When a situation becomes violent, those officers want to ensure the safety of people on the scene, as well as themselves. These stories make me think, “What if we could reduce the risk for both the person in crisis and the officers? What if we could leverage our expertise in behavioral disorders to de-escalate the situation from the start?"

Harris County has the good fortune of having 21 co-responder teams. These are teams where a police officer or deputy and a mental health clinician ride together and co-respond to some of the more serious mental health calls in the community.

Many communities across the country would give anything to have 21 co-responder teams. But that’s 21 people spread across 24 hours a day, seven days a week, to serve a city of 4.7 million people and the surrounding area. We’re still stretched pretty thin.

To top it all off, we have a shortage of mental health professionals in this country. Even if I had the budget to hire more, I might not have the ability to find more professionals. This is where I’m convinced technology can help us expand our reach to improve access and engagement for our clients, as well as being a force multiplier for the people we do have.

Technology can help scale your workforce when hiring more just isn’t an option.
Share it Tweet it

Sometimes, healthcare can be a very traditional industry with low tolerance for risk. I understand where that comes from, particularly in public systems. Organizations like ours are not known for taking chances, because our budgets don’t allow for investing two years into a program, only for it to fail.

At the same time, I think all of us in healthcare sense technology’s potential to improve lives. The question becomes how we can build low-risk, rapid-cycle tests of change, so we’re never so invested that we can’t choose a different direction. That’s why we took an incremental approach to our pilot, rolling it out in three phases.

Phases One and Two: Finding the Right Telepresence Solution

The first phase started before I joined The Harris Center. There was a pilot of a traditional telepsychiatry provider connecting mental health resources with law enforcement deputies responding to mental health crisis calls at the time of dispatch.

The pilot was for just 30 calls—and it did work—but as they began to evaluate those calls, a few things became clear. First, we just didn’t need a psychiatrist on every call, because prescribing medication wasn’t the solution for a lot of those calls. We also noticed that some providers who answered the calls were far away from our community. They didn’t know our local emergency response systems or what solutions were present and readily available here to meet those crisis needs. We needed people who knew our community.

It was after this part of the pilot that I joined The Harris Center as CEO, and it was obvious we needed a better system. I began to look for a technology solution to connect our trained staff with deputies in the field.

I knew whatever solution we chose had to be scalable and affordable. A deal-breaker for us was that the platform couldn’t be married to specific hardware, because I could not send those officers in the field out with a desktop computer or cumbersome hardware. We needed to use our solution on a phone, tablet, or laptop.

Your video platform shouldn’t be married to hardware. Don’t limit your team’s ability to connect.
Share it Tweet it

And if it wasn’t HIPAA compliant, that would be a non-starter. We have the same responsibilities as any other healthcare provider. Under no circumstances can we expose our patients to the risk that their session or information might not be secure.

The Harris Center had just chosen Lifesize to be our teleconference solution for our behavioral health service. I had also come from an organization that used Lifesize in some creative ways, so I was comfortable with the platform. I began thinking about how it might be the right fit for this pilot.

I immediately liked Lifesize’s ability to readily connect within the infrastructure we already created. That flexibility was also important because we might need to add people to the conversation on a crisis call: an interpreter, a physician, or a supervising clinician. Lifesize’s ability to connect multiple parties—on any device—was very attractive to us.

Another big factor was Lifesize’s scalability. Jumping ahead, we now use Lifesize not only for our teleservice, but also for video conferencing. It helps me keep in touch with a workforce of 2,300 employees across 76 care locations throughout Harris County. Connecting without having to drive across a major metropolitan area—saving an hour and a half in traffic—is a nice luxury for me and my employees. It was obvious Lifesize could meet our scalability needs for this pilot, as well as provide us with a solution organization-wide.

While my comments on phase two are brief, I want to note we didn’t just charge headlong into using this new platform. Phase two was about thinking through feasibility. A big question for us was: “Can the wireless network manage it?”

We’re in a large city, but connectivity is always an issue even in urban areas, and especially so in the more distant parts of Harris County. We had to know this solution would be reliable enough to move forward. The whole point of this new platform is that it can go wherever law enforcement attends to a crisis, so we were very happy that our proof of concept was a success. Lifesize would work everywhere we needed it to, with no blackouts.

As I write this, we’re a little over halfway through our year-long third phase. We took two mental health clinicians who traditionally worked as a co-responder with law enforcement and placed them in an office so they could maximize their time participating in these video calls with deputies in the field. This was part of that mindset to try things out. We should be free to test different scenarios and see what works. Thankfully, this approach has been a resounding success.

For those who have called in, we’ve avoided hospitalization 54% of the time. Sometimes, people will need to go to the hospital, but when they don’t, we should do everything we can to provide care for them in the community. There is already a shortage of in-patient psychiatric beds. Every person we can divert from our institutions, if the individual doesn’t need that level of care, is a win for our system.

There are obvious financial savings that come along with that. It’s a win for law enforcement because they no longer have to decide whether to force this person into involuntary detention. These deputies have help at their disposal.

And it’s a win for the individual because they get care in a more natural and comfortable setting where they have support already in place. We can also leverage The Harris Center’s other resources because we’ve connected with that person and started building a rapport. Some of these individuals are already in care with us, so we can get them back in touch with their treatment team.

We don’t want to change the dynamic during the pilot or risk over-extending, but I think we may be able to safely get a 1:20 ratio. Multiplying by a factor of 20 is huge in a resource-limited environment like public mental health.

For this pilot, we gave tablets to 20 deputies, and we’re starting to see the deputies who don’t have tablets calling the ones who do to ask for help. It tells me law enforcement sees the value, and they have no problems with the technology side of it.

Lifesize has been everything you want in a technology partner. It’s seamless, flawless, and reliable. The fact the technology fades to the background, and we can just get on with saving lives, tells me that we picked the right solution.

Looking Forward: We Can Take This Nationwide and Reach Digital Natives

I see three big things on the horizon coming out of this pilot. The most immediate goal is to get a tablet in the hands of every law enforcement officer in Harris County, so The Harris Center can be with any officer out in the field. I can think of no better use of technology to improve the safety of law enforcement, citizens, and the community during a crisis.

Thinking more broadly, this pilot was designed for its scalability. Can we scale this to be a state-wide response system for all 254 counties in Texas? The applicability in a rural setting is obvious. Many counties in Texas don’t have a single mental health professional in them, and time is of the essence in a crisis. With this platform, we can provide help to a remote crisis immediately.

Finally, this project has given me a reason to rethink why our crisis lines are so focused on the telephone. Why can’t it be video? Younger generations have grown up with FaceTime. Whether it’s video, text, or social media, we have to be more flexible than relying on the phone. If there’s one thing this pilot has taught me, it’s that we should use technology to meet people where they are. 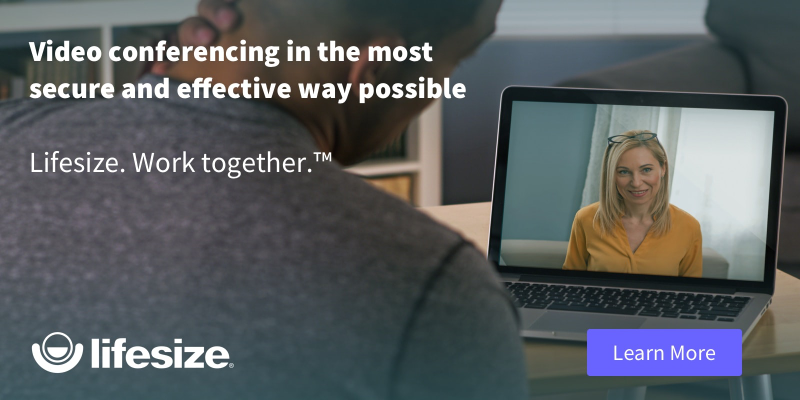 Experienced behavioral health executive with a demonstrated history of working in the hospital and healthcare industry as well as community mental health. Skilled in integrated care, engaging technology to increase access and quality of care, and broadening impact behavioral health services through population-level strategies with a strong focus on underserved and safety net populations. Strong, innovative professional with a Master of Business Administration (M.B.A.) focused in Health Care Administration and a licensed behavioral health professional (LPC) with a masters degree in counseling. 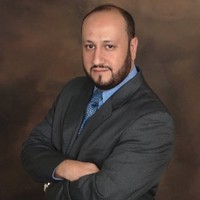 Jonathan Kaye
Director of IT at Recovery Unplugged