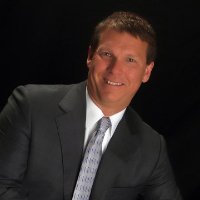 I love challenges and I love building things, which is why I love to help underperforming businesses realize their potential. Having been a business leader for almost 20 years now, I have been fortunate enough to help quite a few organizations realize their full potential while working with some outstanding teams. I attribute my success in part to the outstanding training and exposure I got as a young executive at Otis Elevator, a division of United Technologies. While at Otis I changed jobs on average every 14 months, always being asked to do something that had never been done before. It included applying lean manufacturing principals to a field organization installing and maintaining elevators, to turning around the largest manufacturing facility Otis had globally.

Otis is also where I first met Doug Emerson, who has had a significant impact on my management style. At the time, Doug was running his consulting company Managerial Design, and consulted with several divisions within Otis. I continued to work with Doug and his team after I left Otis, conducting numerous planning sessions, alignment meetings, and installing management systems in six different companies over the past 15 years. This was before Doug Emerson utilized technology and developed The Emerson Suite, a tool that electronically brings structure to many of the processes necessary in any robust management process. Having learned the principals employed by Doug, which are adopted from the teachings of Peter Drucker, I took these lessons with me when I went to Stanley Black & Decker in 1998, and modified them to fit my style and the company’s internal processes. This process helped me not only lead a global organization of about 4,500, it helped us ensure alignment and consistency in performance in operations I had responsibility for in the US, China, Europe, and Mexico.

My next job took me into the medical manufacturing field. As the VP of Manufacturing at Sunrise Medical—a company that serves the Home Medical Equipment market—Doug and his team helped us deploy a management system company-wide. The net result: We improved our quality, customer satisfaction, and on time delivery performance while adding $27 million in EBITDA to the business in less than two years.

A few years later while at KONE, the third largest elevator and escalator company globally, I used the same management processes to increase revenues from $167 million to $400 million in a little over a year-and-a-half. The process really works, and I continue to refine and adapt it. Now, as CEO of The Tyden Group, we have installed the Tyden Management System powered by The Emerson Suite across our three holding companies.

I’m very proud of what the team has accomplished here at Tyden. When I arrived over a year ago, the company was in a serious slump, with seven consecutive years of decline, poor on time delivery performance, and an organization that had become internally focused. We reversed the decline by creating alignment within the businesses, streamlining our management process, putting the right people in place, and most importantly focusing on the customer. We created a culture of accountability and aligned our processes to make the customer first and foremost in everything we do. The net result is we are growing again as a company. This has allowed us to make investment in the business to better serve our customers that were previously unthinkable.

We used The Emerson Suite to help implement what we call the Tyden Management System, the same system I’ve installed in 5 other businesses over the past 15 years. This philosophy is based on the management principles I learned while working with Doug and refined over the years. It’s similar in many ways to the Danaher Business System, but far more flexible and much more effective. At Tyden, The Emerson Suite is the engine that powers the Tyden Management System and has helped speed the adoption within the company, making it far more efficient and effective.

The Tyden Management System is driven from the top, but it utilizes a consensus approach that is data driven, improving buy-in and commitment from all levels of the organization. Basically, you get better buy-in to the company’s goals and objectives which the team helps create. I have found when you don’t dictate what those goals are, people not only work harder and are more committed to achieving results, they often set the bar higher than if it were driven from the top.

People work harder, are more committed, when they have some say. This is buy-in.
Share it Tweet it

The Emerson Suite has helped us implement this system with greater transparency, efficiency, and cost savings. It’s easier to align processes, build consensus, and get managerial buy-in when you’ve got a powerful platform behind you. We start with an annual two-day meeting for each of the business units facilitated by Doug and his team to drive alignment throughout the respective organizations. In the past we would then have a series of subsequent meetings with each of the leadership team members and their respective teams, which was expensive and time consuming. Now, that’s all done electronically and happens in days instead of weeks. To get full adoption of the process built into the DNA or the organization used to take approximately 18 months. Utilizing the Emerson Suite to power the Tyden Management System, we have effectively reduced that timeframe to less than six months, allowing us to reverse a seven-year decline and start regaining market share in a timeframe not previously thought possible.

Consensus Is Not a Democracy

Alignment starts at the top. We build consensus on our strategic imperatives for the year, establishing key metrics and goals for each one. We figure out the actions and the owners for each and determine the results to be achieved. Then we map out how we will drive those results. The key is to keep things simple, focusing on seven or eight objectives and then executing the hell out of your plans. Staying aligned and focused as an organization eliminates the silos and gets everyone pulling in the same direction.

Consensus doesn’t mean democracy. Everyone needs to be on the same page, but the leader gets the final vote.
Share it Tweet it

But make no mistake, creating consensus may be an enterprise-wide building process, but it’s not a democracy. The whole group has to agree, support, and be committed to what is decided upon. But when we go through the processes, my role as a leader is to ensure we are decisive and do not debate topics endlessly. We need to use data, not emotions when making decisions.

This order ensures we don’t get into long debates, we don’t waffle over what we’re doing, and we don’t let emotion or personal agendas drive decision making. We let people contribute to build consensus, but in the end, no different than the captain of a ship, I need to make the final call.

Good management isn’t about holding information close to your chest—it’s about working together with everyone and ensuring the team is on the same page. Through transparency, employees know management has their back because they understand what everyone else is doing all the time. That’s why collaboration is the key to the Tyden Management System, not just following orders that come from above. To facilitate this, we use the Job Effectiveness Plan to ensure anyone can log in from any device and see not only their own objectives, but those of the supervisor and peers.

I’ve also found that you get a lot more done if you focus on a few tasks at a time—I equate it to eating an elephant. Just like you would not sit down and try to eat an entire elephant in one sitting, you cannot fix all the problems you may be facing at once. We set seven or eight major objectives for the company for the year and utilizing the Emerson Suite to power The Tyden Management System, ensuring every member of the team from the Company President down to the production associate on the floor understands their role in achieving those objectives. We then ask every member to create a Weekly Top 5 list of the tasks they’re working on that relate to those bigger initiatives. We also complete monthly reviews of individual progress as measured against individual/team Key Performance Indicators that tie directly into each objective. This allows us to track our goals throughout the year and make sure everyone’s focus is on the tasks that get us to our committed objectives. Some people say it’s too rigid, but it helps us break the elephant down into bite size pieces.

Even though The Emerson Suite has helped power The Tyden Management System, neither is a silver bullet. There are no silver bullets. It is the simple task of working hard, staying focused, and not getting distracted by shiny objects. If management does not do its job and everyone does not put in the hard work to go along with the process, nothing is going to happen.

There are no silver bullets. Nothing happens without hard work and relentless focus on the objective/process.
Share it Tweet it

The good news is that if you’re willing to put in the work and follow through on time-tested practices, you’ll be able to bring about major change in an organization. What has kept me going over the years is that I enjoy building solid teams, empowering people, and helping organizations shift their culture. But I’ve only shifted cultures because I stuck to my guns, while still adapting as new data becomes available. I heard the voices of the people, but didn’t let it silence my own. Creating a vision for a company, adapting a management process that has worked for me in six distinctly different businesses in industries spanning from consumer products, to industrial, to technology-based businesses has allowed me to help companies realize their true potential while creating shareholder equity. I look for challenges that needed tackling, then go to work using a process that has proven successful time after time. 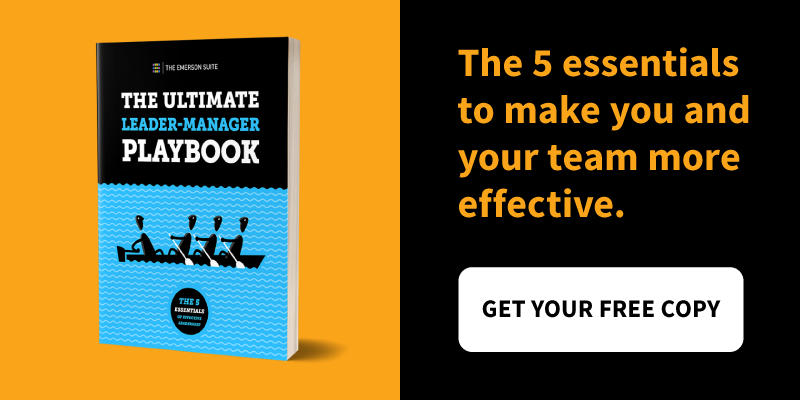 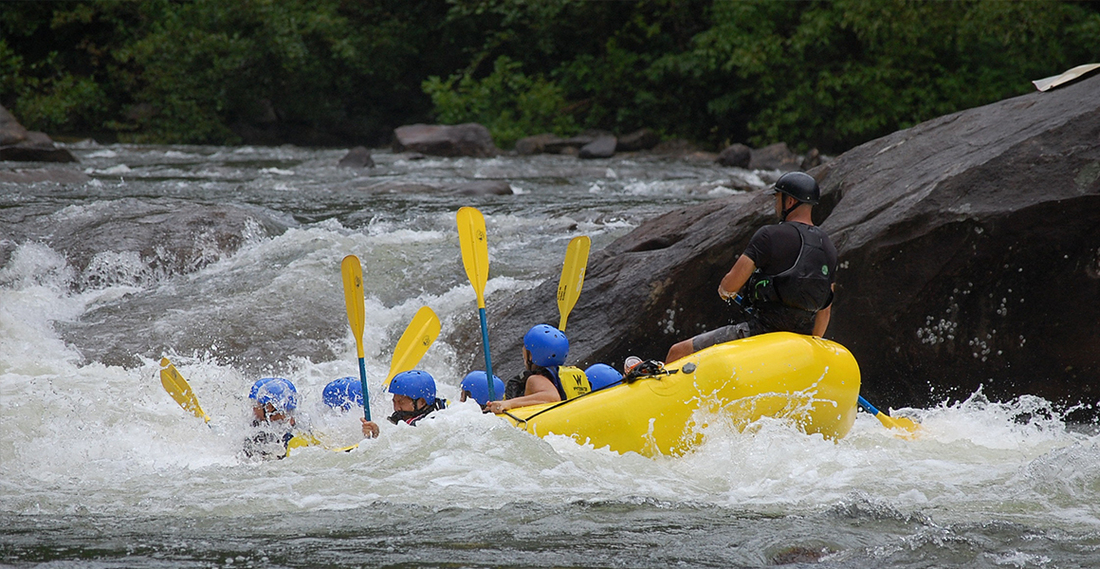 Emerson Suite
Lead from the Back: Building Alignment Through Trust & Execution 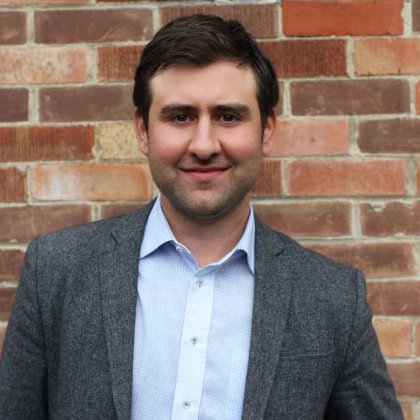 Emerson Suite
Set Your Objectives and Tell Everyone: How to Align Your Workforce 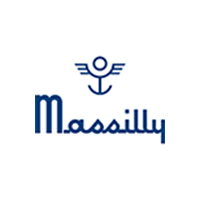