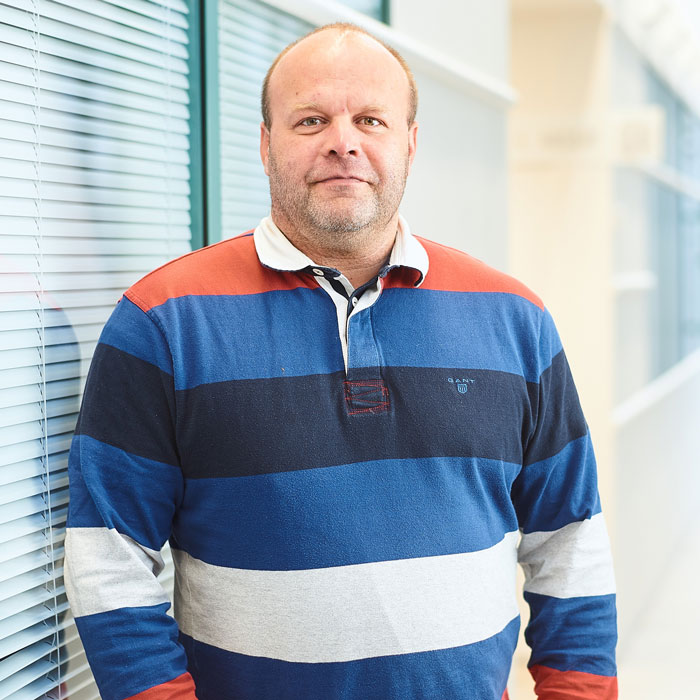 Aside from the internet, the last hundred years of advances in transportation technology have had an unparalleled impact on the human race. For the first time in our storied history, people in different parts of the world can trade products and experiences. This exchange of ideas has the potential to elevate the human experience to new heights. On a more local level, moving people and inventory around society is a critical component of a strong economy.

For most people, traveling by train is simple. We take a seat and enjoy the view as the countryside and cities roll by our window. Perhaps we settle into a good book or tackle a work project that needs our undivided attention. When moving inventory from one location to another, someone delivers cargo to a train stop and we receive the goods down the line. Operations are usually fairly easy from a customer standpoint. The experience for networking professionals-those of us behind the scenes-is a different story.

Coordinating dozens of train stops, all with thousands of trains moving in different directions, is nothing less than a monumental task. Safely moving all that cargo and people requires plenty of large machines, endless logistical planning, and a sea of monitoring equipment. Every speed, distance traveled, and time at a stop must be perfectly planned and measured. Any delays or problems could quickly add up to millions of dollars in lost time, and the worst issues can even cost lives. In our industry, seamless coordination between multiple moving pieces is an absolute requirement.

As a telecom and routing veteran with more than 20-years' experience in the business, I would call myself an experienced guy. But last July when I began the role of Senior Network Architect at VR Group, even I found it challenging to coordinate our networking architecture.

VR Group is a government-owned transportation organization operating in Finland. Our over 6,000 employees help with our operations both locally in Finland and internationally in countries like Russia. The size of our operation was the first challenge I faced in my new role. We manage 250 long distance and 1,000 commuter rail routes every single day. Those routes run through more than 100 branches across the country. With our distributed employee base working to maintain and monitor the system, that means a lot of long-distance coordination.

The second logistical complication is that we are a government operation. Anyone who has experience working for a government group knows that public companies collect and maintain records on everything. We have to keep a close eye on each and every cost in order to justify our budgets. We also have to manage a huge amount of data coming from the various signals charting everything from train location and speed to track temperature.

VR Group’s Ride to the Future

VR Group isn't a technology firm per se, and I was not simply brought in to update the infrastructure of the company. I was hired to reduce costs. However, it quickly became apparent that designing a new network infrastructure from the ground up was necessary to increase efficiency, which would in turn achieve our cost-cutting goals. Since the existing infrastructure was more than 12 years old anyway, the time was rapidly approaching to make a decision about the way forward.

I arrived at VR Group to find what many of my peers in IT would recognize as an intermittent hodgepodge of problem-solving architecture. Over a long period of time, new pieces of equipment or applications were added to a system whenever a need arose at a certain location. Certainly, this system worked to an extent-but our inconsistent hardware led to a host of problems.

Over time, new pieces of equipment or applications are added to a system whenever a specific need arises. This works—but not efficiently.
Share it Tweet it

Under the old network, provisioning and maintaining our sites was incredibly manual. Since we had over a hundred offices, that either meant we had to travel to individual locations or someone in that office had to complete a potentially complicated adjustment. Our inconsistent hardware also meant that we lacked the visibility we needed. Again, the system worked, but it was very messy.

Once I realized that our answer would be found in building an entirely new network almost from scratch, I knew Cisco was the best possible partner for the task.

I have worked with Cisco products for nearly 20 years. I spent much of that time as a Cisco partner, advising other people on the benefits of Cisco. Over the years, I learned to trust the capabilities and commitment of the company. Now in my role as a client, I was eager to design and use their architecture firsthand.

A significant amount of our existing patchwork used Cisco already, so by sticking with the company, many of our engineers would be in familiar territory. The fewer employees who have to be onboarded into a new system, the faster you can get that new system up and running. Since some of our largest offices were already using Cisco, finding another solution would slow down the adoption and implementation processes. Besides, there was a reason we already had so many Cisco products and services in place: Those solutions work, and they work well. We simply needed to standardize and modernize.

The fewer employees who have to be onboarded into a new system, the faster you can get that new system up and running.
Share it Tweet it

Perhaps best of all, Cisco's SD-WAN solution was tried and true. I was personally familiar with previous versions of the product that had been in operation for longer than a decade. As part of Cisco's commitment to providing the best solutions possible, they'd used that time to consistently improve upon what they originally built. Today, Cisco's software-defined network solution provides the perfect combination of security, scalability, and flexibility. It is completely unmatched in the market.

All Aboard for the Next Station . . .

With the vision of the perfect architecture in my mind, and Cisco's SD-WAN tools in my hands, I presented my plan to management. I designed the entire infrastructure in advance, including a three-phase timeline. My supervisor, our CDO Antti Kleemola, saw the simplicity and power in my design, and I received a green light for the plan.

By September 2019, we'd completed the core infrastructure design. Since we are owned by the Finnish government, we needed to hold a public competition to find an operating partner who would manage our network. The entire process took five to six weeks, but by early February 2020 we signed the contract and were ready to begin the actual migration.

Working with our chosen partner Cinia, we had multiple sessions designing our new network-and the processes that went along with it. Under the new design, VR Group network architects like myself would be entirely responsible for design management. We own the devices and support contracts, and provide operators with templates for any infrastructure problems or changes. The operators serve more of a direct physical support role, focused on basic operational matters.

Using this process gives the network architects greater control over a more centralized and unified structure. Changes to the entire network can be made in a matter of hours instead of taking several days. Meanwhile, the operators are happy because using templates-rather than having to perform manual changes-makes their work much easier. This alone provides a significant reduction in costs and employee time.

We also saved money on hardware. With a system that was more than a decade old, we were eventually going to have to update it. That would have required a large upfront capital investment, which wasn't exactly in line with our cost-reduction goals. Using a software-defined network, however, changed that reality. Our larger offices no longer used cables. Most of our staff and equipment operated using Wi-Fi, with smaller offices using LTE and larger facilities using 4G connections. While these may not seem like a big deal, every little bit matters to that bottom line.

Transitioning to SD-WAN represents a huge leap forward for our company, and indeed our country. Traditional infrastructure uses static routing, which requires large investments of money and time to make changes. Our new software-based architecture, however, has transformed VR Group into a company that is truly dynamic. Any required changes or updates happen faster and easier and only have to be made once before being automatically updated to every device. Our structure is unified, with a central unit providing design oversight.

Software-based architecture can make a company truly dynamic, compared to using traditional infrastructure with static routing.
Share it Tweet it

As a testament to the speed of provision, in two months, we have migrated more than 96% of our users to the new network. I love the standardization and simplified network management. My supervisors love that operational costs are significantly reduced because of new SD-WAN solution. We expect to complete phase one within the coming weeks, with all users on the new network. Phase two of the process will focus on implementing stronger security measures and a simplified firewall structure. After we have lived with the system for a while, phase three will involve a closer system review and an examination of unnecessary hardware.

With this new system in place, Cisco will have helped VR Group drastically improve our efficiency. By the time we finish phase three, we will have a complete and ongoing picture of the traffic flow between services and clients. We will be better able to manage the scope and flow of our applications and better select security products according to our needs.

Anyone who has been in IT for a while understands how quickly equipment, infrastructure, and applications can become outdated. Most of us have inherited solutions that probably worked great when first purchased, but whose effectiveness has lessened over time. Thanks to the incredible flexibility inherent to the software-defined model, Cisco has helped us overhaul our network and continue our operational efficiencies for years to come. When it comes to the future of transportation in Finland, VR Group is definitely on the right track. 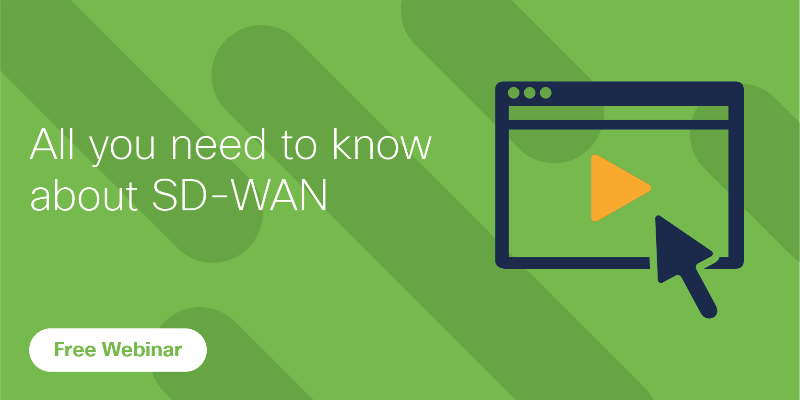 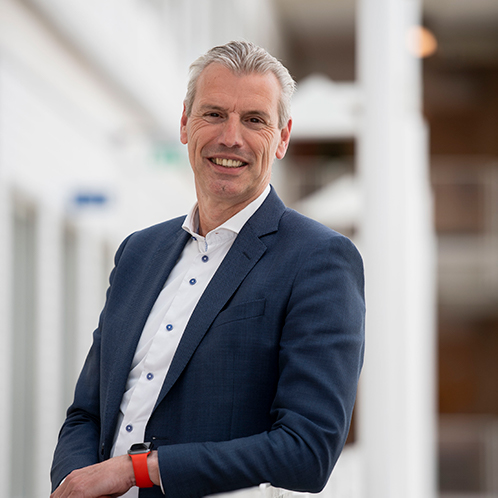 CISCO
Collaborations That Serve the World's Most Vulnerable Children 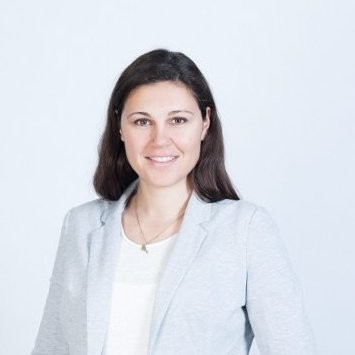 Lea Bachmann
Director of Philanthropy at Save the Children 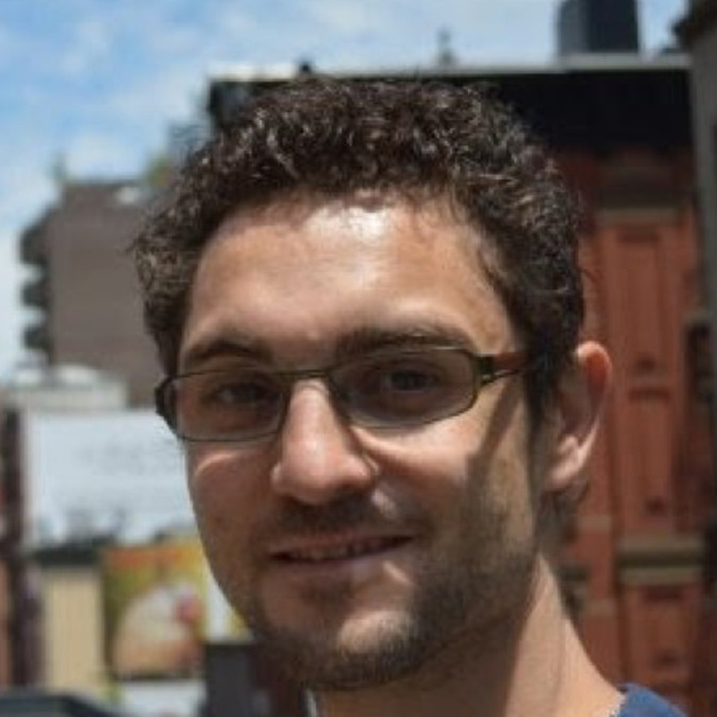