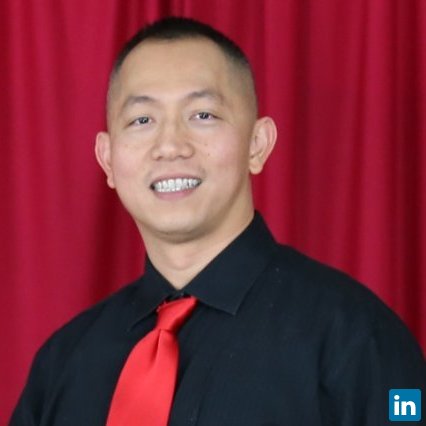 Hyperconvergence vs SAN: A Comparative Analysis

Making the case for HCI at your organization? When my employer, a major U.S. bank, was looking for a new data storage solution, I spent nine months researching all the options. Keep reading to see if what worked for us will work for you.

Data storage is more than software, and my employer learned that the hard way. After spending a ton on DataCore software-defined SAN, our previous CTO hired consultants to implement the hardware. They bought very cheap hardware for Datacore (unfortunately) and used new Cisco UCS gear for the traditional server-side but didn’t have the expertise needed to execute or maintain it, which led to a new CTO and a migration to in-house infrastructure management. That’s when they brought me in.

Anyone who’s ever come into a broken system knows how difficult it can be to play catch up, especially with a small team. And after the fatal mistakes of the previous CTO, the new CTO was dead set on not repeating that blunder. He knew we needed a better tier 1 storage solution, but after the budgetary drain of the DataCore/UCS combo failure, we had to be smarter in our due diligence this time around.

I spent the next nine months researching both traditional SAN and hyperconvergence vendors, balancing budget, our team’s skillset, and the path of our company to create a detailed proposal. My goal was to be able to put forth a plan to reap the biggest ROI from our technology investment. To save you time, and headaches, here’s my process and my findings from those months of analysis.

Two major issues I considered when looking at potential vendors was our old fiber SAN switches and our many segmented Cisco UCS gears. If we went with a traditional stack, we’d need another SAN/Cisco UCS admin to help with upgrades and maintenance of the fiber switches, our other storages, and UCS hardware, which would’ve increased our cost. In addition, we were having some backup issues. I really wanted to move away from the silo storage administration. That led me to hyperconvergence.

Since I had some VMware VSAN experience, I knew its limitations at that time: you couldn’t dedupe and compress unless you bought the all-flash setup and you needed at least three nodes per site. When it came to VSAN, it was still relatively new, and after reading a few Gartner reports, I just wasn’t comfortable trusting my company’s data with such a young technology.

After settling on hyperconvergence, I narrowed down my vendor list to two: HPE SimpliVity and Nutanix. I had been considering Pivot3, which is similar to VSAN in that they have good technology, but their feature set was limited. To compare the final two vendors, I presented my management team with a breakdown of cost and pros and cons of each provider. In the end, HPE SimpliVity just had an overwhelming number of checks in the pros column.

Besides our initial goal of data storage, they were able to solve our backup and DR issues, which wasn’t even in the original scope of the requirements. I actually gave HPE SimpliVity a very hard time; I just didn’t believe that they could deliver on these promises. So, they set me up with a bunch of customer references, and I even did my own digging. What surprised me was that I didn’t find a single unhappy customer.

With the poor outcome of our first data storage purchase, I didn’t want my head on the chopping block in case things went awry this time as well. Not to mention, this decision was above my pay grade. So, instead I presented all my research and asked our senior management team: What’s the most important thing to the company and what are we trying to solve with this project? If you want a lot more compute, go with Nutanix. If you want data efficiency with full data protection, DR, ease of management, and less overhead, then go with HPE SimpliVity.

Their answer was that data protection was critical for the bank, and even though Nutanix actually came at a better price, HPE SimpliVity could provide the level of security protection, and peace of mind, that we required. At that point, it wasn’t about the price; it was about solving every issue—both immediate and as we scale.

Also, even though the Nutanix bid was cheaper up front, it would’ve meant we would have to buy another backup solution, and we would’ve been in trouble without DR. HPE SimpliVity is the only hyperconvergence solution that allows you start out with just one node and presents its storage as an NFS SAN to existing compute like our Cisco UCS servers. Within 24 hours, all my production data was in DR, no seeding of local data between storages was needed. Since HPE SimpliVity is the only hyperconvergence solution that presents its storage to other hardware, now we have a lot more compute in DR. Nutanix, VSAN, and all the others are imposed from the infrastructure so you either have to migrate everything over or split your workload. Not so with HPE SimpliVity.

When we first started using HPE SimpliVity, I threw everything I had at it. I wanted to validate their claims. And I would check on the storage space, performances, and backups almost every day. Now, I hardly even look at it. This saves me a ton of time to focus on other projects.

Speaking of timesaving, the backup admins had to block off four to five hours to restore a VM before. But with HPE SimpliVity, I don’t have to be the one handling the process. I showed my team how to do it in just a couple of clicks, and instead of spending hours of my time, they can restore a sized VM within a minute, and all from a virtual center. The efficiency was so good that restoring all of our production VMs into an isolated sandbox for dev and test environments was a huge added bonus for us, as it did not take up any additional storage space.

I also took over the DR, which is crazy simple. So simple in fact that even before I’m finished with my breakfast, in under 30 minutes, I’m done with a task that would normally take us 24 hours to complete. Yep, it’s that easy.

If you’re evaluating data storage solutions or even a data center refresh project, I can’t stress enough how important it is to write everything out: your company’s goals, budget, current technical issues or limitations, and technical requirements. Then list out the pros and cons of each provider/vendor, following up with reference checks, and once you do that, it will become evident which solution is best for you and your company. If security, reliable performances, data protection, DR, ease of management, and less overhead are crucial, you’ll be hard-pressed to find a provider that can beat HPE SimpliVity. My only regret is not being able to buy the maximum per host configurations and maximum number of units with the self-encrypted drives, which in the scope of it all is the best buyer’s remorse you can hope for in my situation and budget. 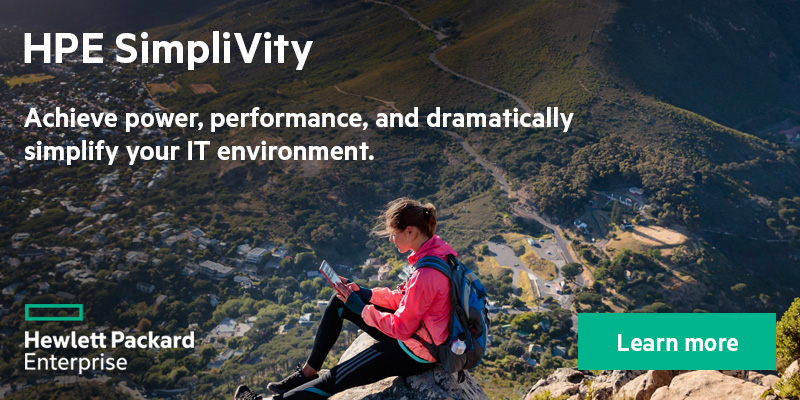