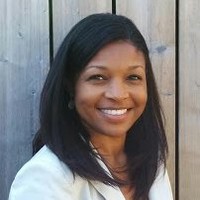 For decades, watching television was a passive experience. You sat on the couch and cycled through the same channels and programs at the same time as everyone else. Over the years, technology like VCRs, DVRs, digital cable and movies on demand allowed people to shift their viewing to better accommodate their schedules. But the landscape remained mostly unchanged.

Nothing prepared consumers or the cable television industry for the disruption created by OTT (over-the-top) and streaming technology, like Netflix and YouTube. Providers of every size have evaluated the need to adjust to this new reality, including Conway Corporation. Conway Corp is the operator of a city-owned utility providing electricity, water, wastewater, voice, internet, video, and security products to the residents of Conway, Arkansas.

The community is home to 65,000 people, and Conway Corp serves just over 28,000 homes within the 45-square-mile area. They are as local a company as it gets, and they strive to offer the same level of service as much larger operators. When it comes to keeping cable television alive, they've had to consider the same adjustments as everyone else: abandon video, keep traditional delivery, or migrate to an IP-based delivery to counter the emergence of streaming and plow full steam ahead, enhancing and growing their broadband services.

Digital cable has been around since the late 1990s. It runs on set-top boxes that have enjoyed extended product lifecycles. Major upgrades only happen every four or five years, with incremental updates to the user interface (UI). Today’s apps, on the other hand, are continually refreshed. Hulu and Netflix, for example, update their platforms dozens of times a year, while iOS and Android get major yearly upgrades and bug fixes as needed.

The glacial pace of digital cable box updates, traditional content delivery, and content limitations has proven to be an impediment to attracting and retaining cable subscribers. Many television viewers are now accustomed to the dizzying pace of UI improvements offered by streaming services. Not only that, but the rapid release of streaming programming also means they can watch all episodes of a new season within days rather than waiting for a program to unspool over the course of several months.

In 2012, about a year after Jason Hansen became Conway Corp's CTO, the company rolled out their last major cable box upgrade. It was a set-top box featuring six QAM-based tuners, a high-capacity DVR, and an enhanced electronic program guide (EPG), all of which gave traditional cable users a platform that was anticipated to offer a compelling alternative to streaming solutions.

“Though it was significantly ahead of what we currently had, it was intended to be more evolutionary than revolutionary,” Hansen said.

Cable companies have to find a way to retain “cable cutters” and attract “cable nevers”—younger viewers who have only ever experienced streaming video.
Share it Tweet it

“We’re still using the box today, and it’s allowed us to enhance our offering over the last 8 years, but it has not evolved like I had hoped. It hasn’t kept up with how viewers are consuming television today; we can’t ignore that and remain competitive,” Hansen added.

Even though people are watching more video than ever, cable subscriptions have plateaued. A few years ago, the focus was on retaining the business of “cable cutters,” cable subscribers who were getting rid of traditional cable programming subscriptions in favor of streaming services. Now, that focus has evolved to deliver video the way viewers want to consume video, and attracting the broadband only subs who are “cable nevers,” younger viewers who have only ever experienced streaming video.

To capture these types of viewers, Conway Corp has begun the transition from traditional digital cable to their IP-based delivery platform: ConwayCorpTV.

Making the Move to IPTV

To make the move to IP-based delivery, they had to ensure their hardware and software could accommodate it. Conway Corp’s original backoffice video platform had its software business sold to Espial in 2015, and Espial was subsequently acquired by Enghouse. As a result, all their hardware still uses the same backoffice, but they have transitioned their infrastructure and end-user devices from QAM-based digital cable to the more flexible IPTV.

When Conway Corp decided to evolve their cable television offering into an IP-based delivery platform, their solution was already moving in that direction as part of Espial. The company had modernized its UI and customer experience to better compete with streaming services. When Enghouse acquired Espial they brought even more to the table. As a leading international telecommunications infrastructure solutions provider, Enghouse has the ability to scale as needed. They also have deep engineering expertise and the extensive UI experience to help us fully transition to IPTV.

Hansen says: “Sometimes you stay with a solutions provider because you don’t want to invest in change. Other times, however, you stay because you need a partner to grow with your business. We knew whatever we decided to do, having Enghouse on our side was a good plan.”

Putting the Pieces into Place

The first step in their transition was choosing between a cloud-based and an on-prem IPTV delivery platform. The cloud-based options were limited and, because Conway Corp had recently invested in a new data center to power their other telecommunication services and utility operations, the decision to go with new on-site hardware was an easy one. “On-prem IPTV vs cloud-based allowed us to minimize our costs by maximizing our existing infrastructure, maintain our highly trained staff, leverage our local ad-insertion, and, most importantly, ensure a high level of service”, Hansen said.

They put out an RFP, but encountered a roadblock: U.S. cable companies have a legal requirement to keep unique copies of every program recorded by its network DVR users meaning they can't just store a single copy of a program with separate metadata for each account. If 100 subscribers record tonight's Jeopardy! for example, they have to create 100 separate—aka unique—copies.

The provider Conway Corp initially selected thought they could meet this requirement. After looking at their technology, however, they realized they couldn't which forced Conway Corp to start planning from scratch.

In the end, they went with three vendors: Vecima handles storage, transcoding, and digital rights management on the back end; Amino supplies the managed IPTV player that will replace ARRIS QAM-based cable/DVR set-tops; and Enghouse provides the middleware that powers the UI. The middleware is the front door to the customer experience, so Conway Corp asked Enghouse to deliver a UI that builds on the legacy systems.

Booting Up a New Customer Experience

When a Conway Corp customer boots up their new IPTV box, they are greeted with a refreshed, easy-to-use Conway Corp-branded UI. Instead of seeing Roku or AppleTV icons when using the guide, they see a grid that resembles the traditional digital cable interface they've used for years. That's crucial in a situation like theirs, where they are phasing out QAM-based cable entirely and many legacy subscribers may have little or no experience with streaming services. It's essential to make a seamless transition for them, while at the same time providing an alluring product that will attract the business of younger tech-dependent “cable never” audiences.

Conway Corp also asked Enghouse to develop custom apps for third-party platforms so they can have as much control over the product experience as possible. This is exciting new territory for Conway Corp, even as it poses an extra challenge because they have to stay on top of updates to Android and iOS, while also supporting these operating systems and the devices they power.

Hansen says, “Viewers want complete control over their viewing experience and the flexibility to watch what they want, how they want, when they want."
Share it Tweet it

Conway Corp began rolling out the new platform to select subscribers in October 2020. They will spend the remainder of the year fine-tuning some elements of the user experience and training customer service and tech support teams in the new product. By January 2021, they expect to be ready for a broader rollout and as their IPTV user base grows, they’ll eventually stop supporting and switch off all QAM-based services and devices. That being said, they are taking their time; they want to ease long-term customers into the new product and make the transition comfortable.

No Customer Left Behind

Enghouse is bridging Conway Corp’s QAM-based past and their IPTV future. Enghouse’s middleware honors legacy customers while giving them room to grow. Enghouse teams are constantly adding more features and new functionalities at a pace that appeals to streaming users while accommodating the interface needs of traditional digital cable subscribers. Enghouse will help Conway Corp evolve and move forward without leaving any customers stuck in the past.

Conway Corp isn’t just another faceless conglomerate headquartered in a faraway metropolis. They are part of the community, and they believe their community deserves the same modern services available anywhere else. Now, they can deliver that to their customers, one device at a time.

Their new IPTV platform represents the biggest investment in video services—and the most radical transformation—in more than 20 years. Now, Conway Corp customers will have complete control over their viewing experience and the flexibility to watch what they want, how they want, whenever they want it. 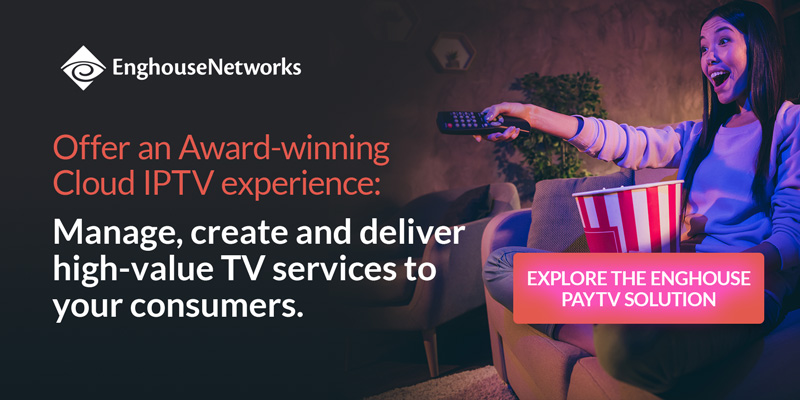 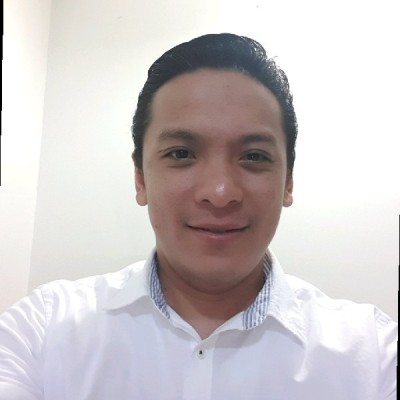 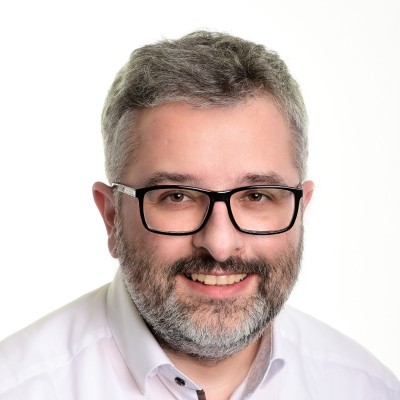 Enghouse Networks
Meeting the Needs of the Next Generation with TV Anywhere, Anytime