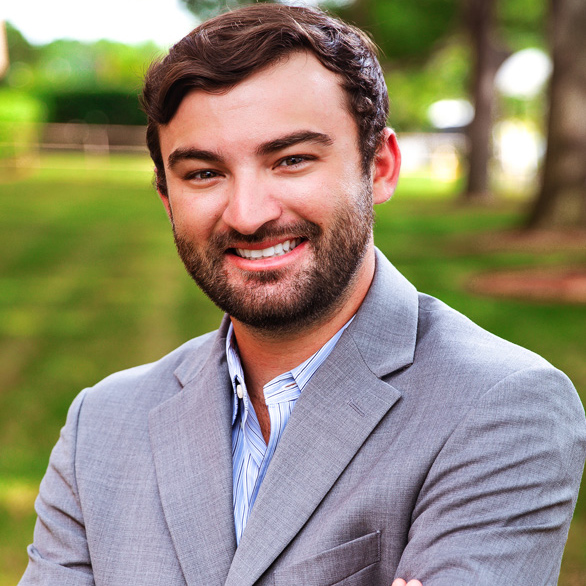 Keeping Connected: Leveraging Cisco Meraki to Overhaul Our IT Infrastructure During a Healthcare Crisis

My career in IT began with a common problem. The Wi-Fi wasn’t working.

I was the A/V manager at a Church and High School in Clearwater, Florida. We hosted more than 3,000 people at each of two Sunday services, and the unreliable internet connection was affecting my ability to program the lights. Frustrated, I went to the Chief Financial Officer for a solution. Instead, I got a suggestion: “Why don’t you do something about it?”

Within a week, I had full network admin responsibilities for the IT network. I dove in headfirst, learning on the fly. I loved the work, and served as the Church’s IT director for several years. By the time I left, our network had been refreshed and Wi-Fi connectivity was no longer a concern.

Being resourceful means being adaptable, creative, and resilient when faced with new challenges. This attitude has served me well as my career has evolved and also allows me to serve others. I took that mindset with me when I moved to another company, and I didn’t know just how much I would rely on it when dealing with the challenges in the months to come.

St. Mark Village was founded by my family in 1970. We have 400 staff members and hundreds, if not thousands, of people on our two campuses every day. We offer independent living, assisted living, memory care, skilled nursing, and rehabilitation across both campuses for continuing care.

The goal of the technology and IT department at St. Mark Village is to improve the overall quality of our Residents’ lives while ensuring our Team Members have the technology and infrastructure to do their jobs correctly. If they don’t notice IT, that means we’re invisible—and that we’re doing our jobs right.

When I joined St. Mark Village two years ago, I was covering for the former IT manager. The first thing I did was conduct an audit to assess the overall health of our IT infrastructure. The results were dismal.

Our internet service provider had been charging us way too much to manage our firewall, and I discovered our “firewall” was a managed router. We needed to switch out the dual-campus firewall, which was communicating through a 10MB metro Ethernet connection and not up to par for today’s standards. We called in an external company for a second audit, and they not only agreed with my findings, but they found some major IT infrastructure problems as well.

We had old switches throughout the campus, and no one knew the passwords to reset them. There was one Access Point for an 80-bed nursing home. It was a flat network where everyone was on the same subnet—from guests to Team Members to Residents. Our Residents at our satellite campus didn’t even have Wi-Fi. They had to pay for their own separate service.

Management devices, such as servers and switches, had the same IPs. Nothing was organized. There were switches in the ceiling. There were issues with the DHCP server, and with connectivity from the client's computer to the outbound connector. The few bright spots in the chaos were the handful of nearly decade-old MR18s that were still working as they should. Still, it was some of the messiest infrastructure I had ever seen.

We had work to do. I knew that we had to use Cisco Meraki to get the results we needed.

Flipping the Switch: An Infrastructure Switch-Up in the Midst of COVID-19

I’d used Cisco Meraki for the network refresh at my previous job. By the time I left, 90% of the campus was on Cisco Meraki and ran smoothly. That experience changed the way I manage IT. The Meraki switches and the visibility I had into the network were incredible, and I wanted to replicate that at St. Mark Village. As far as I was concerned, it was the only IT infrastructure for me.

Sometimes it’s necessary to do a #technology upgrade in order to support staff and customers during the #coronavirus pandemic, even if it takes place earlier than planned.
Share it Tweet it

We scheduled deployment before COVID-19 hit, but because of the pandemic, we had to put it on hold. It soon became clear, however, that to support Team Members and Residents during the pandemic, we needed to move ahead with our Cisco Meraki implementation. One Friday, an issue arose and the entire network came to a standstill. I brought in some of the top minds in our area— government analysts and top analysts at our partner CompuCom—to try to identify the problem.

But a number of things prevented us from determining the root cause, including old hardware, not having switched passwords, and switches backfeeding into the network. We hit our breaking point at 10 p.m. that night. I told the team to get some rest, and we’d change all the switches to the Meraki devices the next day.

On Saturday, fully suited up in PPE, we started in our Healthcare Center and swapped out all the old switches for Meraki. I kid you not, within about 10 minutes of changing all the switches, we found the problem.

Turns out that we had a device with a bad piece of hardware, which was causing it to throw out a packet flood over the network. That device was behind three old switches that were jumping from each other. We previously had no way of seeing that device, because the reporting information was coming from the first switch and not the third switch down the line.

All told, it took about 30 minutes to change the switches, find the issue, and remedy it. Meraki helped us solve a major issue within minutes on day one of installation. I never had any doubts about Meraki, but this experience further cemented my choice.

A Better Quality of Life for Residents and Team Members Alike

The fact that Meraki offers a single-pane-of-glass view to an entire network sold it for me from the very beginning. Managing everything—from your switches to your firewall to your access points to your system manager—all in one dashboard, heaven for an IT manager.

Other solutions don’t offer complete visibility through one dashboard without requiring another piece of software. Even then, you can’t manage everything about that piece of equipment from that dashboard. Meraki is simple, streamlined, and powerful.

Due to the pandemic, our new equipment had been sitting here for months before we could do the install. Since we're a continuous care community, we have assisted living rehab, memory care, inpatient, outpatient rehab, and independent living all under one roof, we had to prioritize safety above all. With the number of Residents and Team Members we have, and the amount of attention our Residents need, it was very important for us to have a strong infrastructure to handle the increased bandwidth during the pandemic. That’s why we started in the Health Care Center first.

But we needed a better quality of service on a broader scope to support the massive shift to telecommunication. As soon as we were able, we started implementation simultaneously at our Assisted Living Campus and our Skilled Nursing Facility, and our teams did a complete refresh of all the equipment.

So, many Residents in our care have not seen their families in person since March. That is hard on everyone involved. Stabilizing our network was about more than organization and ease on the back end. We were able to help our Residents, some of them in their final days, to communicate with their families.

Robust, resilient #IT infrastructure can make all the difference between connection and isolation. @Cisco
Share it Tweet it

Before implementing Cisco Meraki, only some of our units had Wi-Fi. Once campus-wide Wi-Fi became available, some of our Residents started seeing their families even more than they did prior to the global pandemic. The new videoconferencing capabilities and the campus-wide network were technology upgrades, but more importantly, relationship game-changers.

In our six-story building, we now have Independent Residents with up to 15 connected devices! Who would have thought that a Retirement Center would have a gigabit of uplink in and out, and that Residents are using about 750MB of that 1GB uplink at any given point over the course of the day?

That’s our new reality at St. Mark Village. Not only has it made my life in IT easier, but spinning that infrastructure up in the Care Centers allows Residents to have a better experience at our community, where many of them will live for the rest of their lives.

Keeping Our Community Safe, Connected, and Informed with the Right Devices

We also spun up several automated temperature check systems and check-in kiosks that allowed vendors, families, or residents in and out. The wireless access points are handling a VLAN just for COVID-19 check-in devices. The temperature check station takes a user’s temperature at their wrist and lets them know if they're cleared to enter. Right next to it is an iPad where the user completes the government required form, enters their temperature, and prints out a badge that lets everyone know they've been screened for the day. Only then can they gain access to the building.

But the system does so much more. It allows us to send out emergency notifications to the devices or to the user cell phones that have checked in. It allows us to do contact tracing to see who's been in the building. It's pretty cool software, but before the infrastructure upgrade, we wouldn’t have been able to implement that throughout our campuses.

Given what Meraki allowed us to do in such a short period of time, we're also looking to upgrade our entire phone system, consisting of thousands of resident and staff phones. We're working with Cisco and our partner CompuCom on that right now, and I’m looking forward to tackling this next project.

The Best Resources Are Human Resources

The thing that helped me most throughout this journey were my personal contacts Chris Jordan from CompuCom and Alex Fuentes from Cisco. As an IT professional, you want to build almost familial connections with other industry professionals, because you know they will help you implement best practices, no matter the situation or project size.

Build strong #IT industry connections today with people who can help you in the future, no matter the challenge. @Cisco
Share it Tweet it

I can't say enough about Chris and Alex throughout the process. When I walked into St. Mark Village and found myself in a tough spot, I knew that with their support, and with Cisco Meraki, I had everything I needed to tackle this challenge. It all comes down to knowing your equipment and your resources inside and out.

Cisco Meraki has given our staff and our residents peace of mind, knowing that they no longer have to worry about connectivity issues. They don't have to worry about being in a dead zone where they can't access the digital tools to connect to their family members.

With so much uncertainty these days, having a strong, reliable Cisco Meraki infrastructure gives us the confidence to adapt and stay resilient. 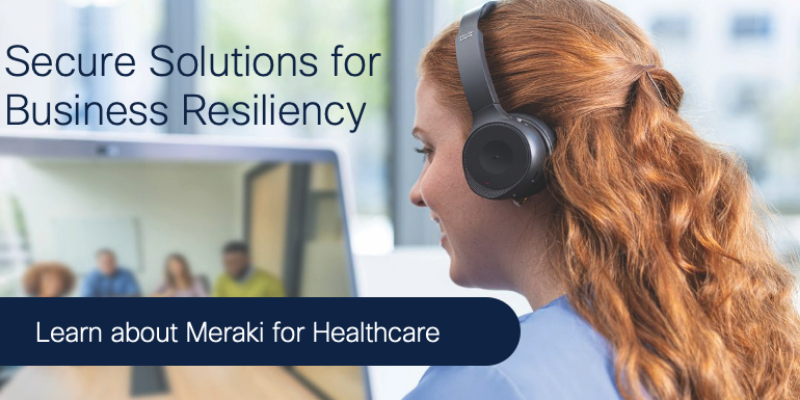 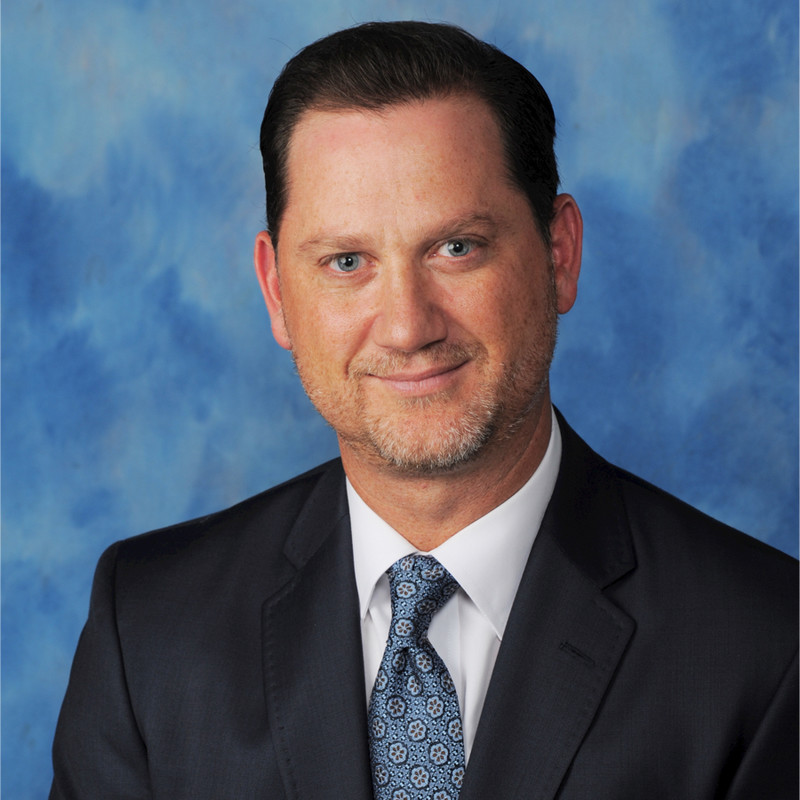 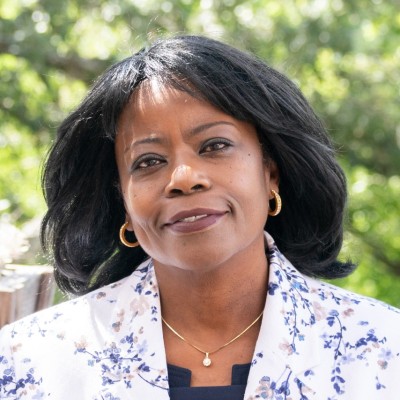 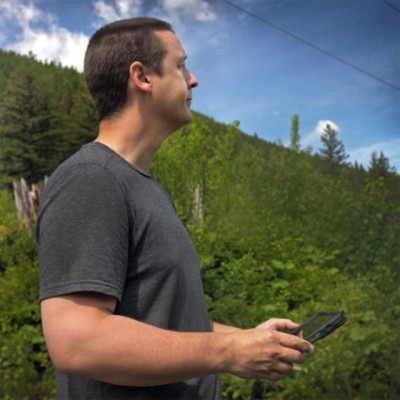