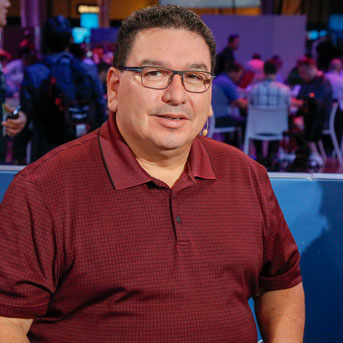 Make the Case for Your IT Revamp: How to Secure Buy-In (for a Hyperconverged Solution)

Sometimes, when you work in IT, you feel like a firefighter. You deal with one crisis after another: An issue crops up and you’re off to the races. As soon as you’ve resolved that problem, something else goes wrong. Servers go down, hard drives crash, networks stop responding, and the power goes off. It’s a never-ending struggle.

Things get even messier when you have aging IT infrastructure. As a general rule, it’s more likely to fail because it’s worn out and obsolete. Old equipment is no longer running to spec because newer and better hardware and software have supplanted it. Keeping it going eventually becomes a matter of putting out fires and little else.

Leading in Innovation but Lagging in IT

This was the reality when Turnitin hired me. The company had been in existence for 17 years, and while we were cutting edge in our product offering, we were 17 years behind in our internal IT. If you don’t know our company, we’re an educational services provider. Our anti-plagiarism platform helps create learning environments that foster integrity and authentic communications. Students and teachers use our products to take ownership of their work.

Turnitin’s algorithms are proprietary. They work by comparing a piece of writing to a database of millions of academic research and term papers. We also scour the internet to see if students copy-and-pasted from Wikipedia or other online sources without attribution. As you can imagine, this requires a fair amount of processing power and significant storage.

Pulling Out Servers and Spinning Down Hard Drives

When I got here, all of this ran on traditional server racks and dated hard drives. There wasn’t a virtual machine or an SSD in sight. This was a homegrown storage solution—it was highly redundant and as fast as we could make it. Imagine rack after rack of servers and spinning drives. As these hard drives aged and burned out, we’d pull them out and replace them with bigger and faster ones. It was the same thing with the servers. We were constantly rotating them out to keep the data flowing and the drives spinning at full speed.

We had three rows of racks and dozens of servers. I didn’t know which ones I could touch without bringing the whole show down. Some of them were ancient. We had quad-core Pentiums and quad-core Xeons at a time when six-core Xeons were the standard spec.

The truth is, I like my creature comforts. I want to sit at my desk and monitor everything from a console, but with this setup, I was always running down to the server room. I was exhausted. It was like wrangling cats; that was the extent of our server sprawl. I had a spreadsheet of all our servers, and every few weeks, I couldn’t answer when someone asked, “Where’s is this particular server?” It was usually a legacy machine that wasn’t on any of my lists, and I had to go track it down physically.

To further compound matters, we didn’t have a good backup system. There was no way to recover if we had a system-wide failure. I wanted to stop patching this hodgepodge of aging physical infrastructure and bring Turnitin into the future.

From Physical to Virtual Infrastructure

The obvious solution was virtualization. I knew this as a certified VMware professional, and from my experience at Helixstorm and IBM, but Turnitin was a little resistant. The company didn’t want to switch our service or corporate infrastructure to virtualized machines and a hyperconverged platform. Our IT staff didn’t believe we could virtualize our corporate databases and have them run smoothly.

I can understand the hesitancy. When your product is software as a service, and everything works for your customers, you don’t want to make changes to your service architecture, no matter how messy things might be. I needed to show Turnitin that virtualization could work, and that we could easily move from physical to software-based switches.

Looking to change your IT infrastructure? Theoretical proposals never beat a PoC. #nutanix
Share it Tweet it

I’d already pitched Nutanix as a potential solution. I’d worked with that company in the past and I knew their hyperconverged architecture was powerful, flexible, and easy to set up, but people here hemmed and hawed. I needed a proof of concept. I had to implement it on a smaller scale for a specific use case before I could roll it out to our entire corporate division.

Building a Proof of Concept

I saw the perfect opportunity when our finance department asked me to build a business intelligence system to be used in-house. They needed a development environment and a production environment. This meant six stand-alone servers at a cost of $120,000 for the hardware alone. What if I could do it better and for less using virtual machines? What if I could give finance DEV and PROD environments, as well as all the storage they needed? This was my chance to show off Nutanix. Here was my proof of concept.

Finance needed to run an Oracle database, as well as application and web servers. They gave me the hardware specs and I gave them a monster virtual environment that used half the physical equipment but was equally powerful.

I set up a three-node box in less than a day. That was on a Tuesday. I started migrating servers that same day. By Friday I was moving the virtual production servers I’d designed for this proof of concept into Nutanix.

The process was a lot faster than I expected—I thought it would take weeks. The last time I’d installed Nutanix I had used Phoenix, the previous version of the company’s management software. The Acropolis hypervisor streamlined and sped up the process. Nutanix was an even better solution than I’d expected.

When I showed corporate how quickly I could get things up and running, they were blown away. I spun up 6 machines in 15 minutes, cloned them, and set up storage. Within a day they were fully configured. It took hours instead of days. This was the reassurance they needed to virtualize our internal infrastructure.

The difference for me was immediate. Instead of dealing with 30 physical servers at once, I was dealing with a single server that ran 30 virtual machines. Instead of going down to the data center when something went wrong, I could monitor everything from my console. I was no longer putting out fires, and could finally start to focus on improving our architecture.

I’ve also set up a second box for backups, which we didn’t have before. This is enabling me to locate and reconfigure the weakest parts on our network. I’ve always been a troubleshooter by nature, and Nutanix has helped me in that capacity.

Nutanix helps us find the best balance between onsite and offsite computing and storage. It has helped me manage costs by reducing our spending on physical infrastructure, but another benefit has emerged as the platform has evolved. Nutanix’s AHV hypervisor does everything that VMware’s ESXi does, but it’s easier, and provides free analytics. I’m going to save $20,000 in VMware licenses this year alone by moving us over to Nutanix.

This is on top of all the money we’ve already saved on hardware. In the two-and-a-half years since that initial proof of concept, I haven’t bought a single new server. I just spin up virtual machines as necessary, and away I go.

I can now take a vacation without worrying. Nutanix’s console is dashboard-based, and easy to understand. I am no longer the only member of the IT team who knows how to operate the console. If I’m otherwise occupied, someone can easily step in and monitor the situation for me.

It also helps to know that Nutanix is monitoring our installation remotely. A few months ago, they emailed me about a power supply that failed in our data center. Could we check and see whether we could get it running again? Or would we like them to send us a new one?

My team was already on it, but I hadn’t gotten around to setting up an RMA. It was reassuring to know that Nutanix was up to speed on the situation and was checking in on us. It was one less fire I had to fight.

Nutanix helps me do more with less. I’m saving time, effort, and money.

If I could paint a before and after picture, it would look something like this: Before Nutanix, I spent all my time putting out fires. I was pulling out hard drives, installing physical servers and maintaining the status quo. Now I’m spinning up virtual machines, upgrading our infrastructure, and exploring new possibilities.

Instead of worrying about crashes and our bottom line, I am providing best-in-class IT tools to Turnitin’s corporate offices. With everything running smoothly, we are free to focus on our core mission of fostering excellence, integrity, and authenticity in education. 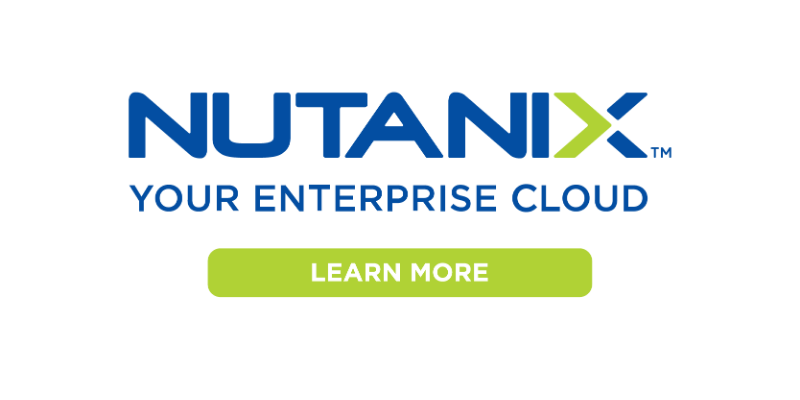 I am an experienced Senior IT Infrastructure Engineer offering extensive expertise supporting mission-critical systems and information for clients in multiple industries. My knowledge has been developed over multiple roles and companies of all sizes, including consulting roles with small, agile organizations as well as an Infrastructure Specialist role with IBM. I serve as an invaluable resource for guidance on all facets of IT engineering, including project management, technical support, backup and recovery, and information security.