As an orthodontist, I'm a dental specialist. And my relationship with traditional dentists is a lot like the one that special teams players share with their quarterback.

The special teams players on a football team don’t share the same limelight as a quarterback, but they are a vital part of the team's success. Traditional dentists and I are both on the same team, and we're working toward the same goal—we're just doing it in two entirely different ways.

I got into this field, quite simply, because I wanted to help people.

I originally earned a psychology degree and had every intention of becoming a psychologist to help people with eating disorders. By my last quarter of college, I realized I was too empathic—I couldn't help but take someone else's problems home with me. However, I still had that urge to help as many folks as I could. I also liked to be challenged and—no matter what—didn’t want to be bored. All of those things led me down the path to become an orthodontist.

The Challenges of an Ongoing Evolution

I began my career in 2000 and started my own practice in 2004. Keep in mind, those were the “before” times in the United States. The housing market had yet to collapse, and we certainly weren't yet in a recession that would last for the better part of the next decade.

In order to be a successful orthodontist, you have to go through an incredible amount of school. But what I realize now is that none of it quite prepared me for running my own practice. I got an education to become an orthodontist, but I didn’t get my MBA.

What I quickly discovered was that I didn't actually know how to run a business. It took me a while to understand how to apply the abstract concept of how your income needs to be greater than your output.

Running your own orthodontic practice can be a rude awakening, if you don’t have a background in business.
Share it Tweet it

Over the next few years, I was responsible for up to six employees at any given time—a fluctuation that was largely dictated by the ups and downs of both the business and the economy. One of the major lessons I learned along the way was that I had no interest in running a massive practice with 20 staff members and countless chairs.

Just prior to opening my practice, I worked for a brief time in Columbia, MO, with one practice that saw up to 130 appointments in a single day. I didn’t appreciate that volume of patients; I didn't find that it was fair to them. The parents of young kids didn't know there was an alternative, because for the most part, they're just going to the same orthodontist over and over again unless they transfer.

When you see that many clients throughout the day, the best case scenario is that you have 10 minutes with each patient. Sometimes, it’s as little as five minutes. Between appointments, you need to think about disinfecting the area, which itself takes anywhere from three to five minutes. You end up cutting corners and becoming a jack of all trades, master of none.

There has to be a balance between the business and the patient but, at a certain point, you have neither.

Running a practice means finding the balance between patient needs and business needs.
Share it Tweet it

This format of rushing patients through, unfortunately, becomes the norm. But that was a problem for me because I like to interact with patients. It became clear that my patients should be my sole focus. Being a boss just wasn’t my end goal.

In 2015, I finally decided that something had to give. My business was in a great location, but it wasn't doing as well as it should have been. A big part of it had to do with how hard it was to hire the right workers. I needed employees who could understand the job and do it well.

In general, I didn't have that. I always had this idea that maybe we could grow into it. But it never worked out that way. I determined that a reboot was in order.

In July, I set out to make a massive change. I was going to become a doctor's office only—I didn't want staff. That structure was a little more in line with why I wanted to do this to begin with, as I would be serving a lower volume of patients but in a higher quality way.

I believed this shift would allow me to walk that line between having a lucrative business, while still helping kids and adults in the ways that I wanted.

Building the Foundation of the Future

At the start of this, it became clear I needed to downsize. Not just in terms of employees, but also physically. The amount of space I was paying for had expanded over the years, but my use of that space hadn't. There was a large area I was basically utilizing as very expensive storage, so that would need to be addressed.

I also needed to upgrade my X-ray machine. I had two machines I'd used for 15 years, and they were fine, but the techniques used to process the film for those X-rays was dying. Moving to digital would also save on processing time required to get finished images. Being on my own, time would be my greatest asset.

I needed to downsize, and I needed new equipment—both of which cost money. My lease was coming due soon, and I asked my landlord if I could put up a wall where there wasn't one, thus cutting down on the square footage. This would allow them to rent out the rest and reduce my rent.

They graciously said yes—but I had to pay for the changes I made. That meant construction workers, which created another financial burden. You're not just talking about putting up a wall. You also need to build a room to handle electrical, IT, phone, and other areas. The fire marshal also has to be happy with everything you're doing.

Costs balloon as more specialists become involved. This is the type of thing that’s hard to plan for. Again, I went to school to be an orthodontist and to help people, not to plan for office renovations.

To help finance this, I got a loan through the company that sold me some of my equipment, but it was only able to get me so far. They could only do a loan on top of purchasing a piece of equipment. You buy the machine, and then get a loan for a certain percentage over the value. That was good, but would only cover a part of my lease improvements and other expenses.

Thankfully, they provided me with options for other lenders, one of which was Bankers Healthcare Group (BHG). When my conversations with BHG began, I was also talking with a banker, trying to manage these significant changes and still trying to run a business—all at the same time. Understandably, I was stressed.

I loved that the process with BHG was simple. They didn’t take up much of my little-available free time. The person I interacted with gave me friendly reminders whenever I needed to do something—that was about it. The process was shockingly streamlined. At various points, she would say, "Here, let's start with this. It's simple; just give me a few little pieces of data and I'll be on my way." It wasn't like I was handed a giant stack of papers and had to find time for a three-hour meeting.

They also didn't require my financial history to be absolutely perfect. Things are in better shape today, but in the early days of my business, things were less rosy. That’s just the nature of running a practice: you’ll have ups and downs. BHG understood that.

The banker I worked with was nice, but it was a completely different experience than with BHG. I didn’t have to jump through hoops with BHG, and they treated me like a person. That’s why I chose a loan from BHG.

Today, my practice is more patient-focused than it has ever been. It's more personal, exactly the way I want it to be. I’ll be cleaning up the remnants of the construction, but the end result will be lower rent and an office that’s more in line with my needs.

I'm at the point where I'm also considering hiring one or two employees—when the time is right. I'll still see all of my patients myself, but I'll have someone around to help as needed. Right now, I’m doing everything. I need someone who can take a few of those duties off my hands, so I can focus even more on my patients.

But when I do look for those new employees, I will finally have the time needed to guarantee I'm getting the right hires because I'm no longer trying to run a business that is too big for its own good.

That time benefit extends to other areas, too. Very soon, I'll no longer be working 14 hour days. I'll be on—dare I say it—a normal schedule. I'll be able to spend more time with my husband and take a vacation every once in a while without being worried about the budget or the business.

My goal was never to grow a practice as big as it could be. Over the last two decades, my primary objective has remained unchanged: I want to help people. By refocusing my business, that north star is still the same. Today, I’m in a better position to follow it. 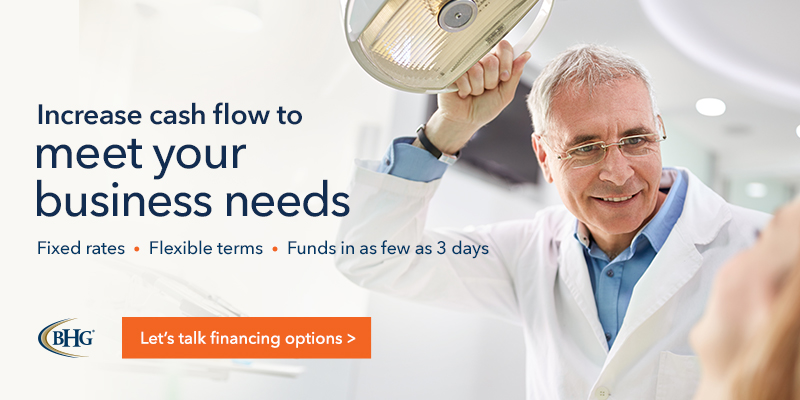 Originally from Northern California, Dr. Cheryl L. Held began her orthodontic residency at the Saint Louis University Department of Orthodontics. She consistently strives for excellence in the services and products that she provides. 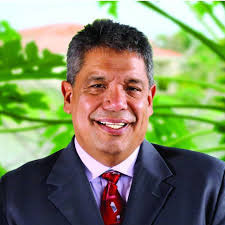