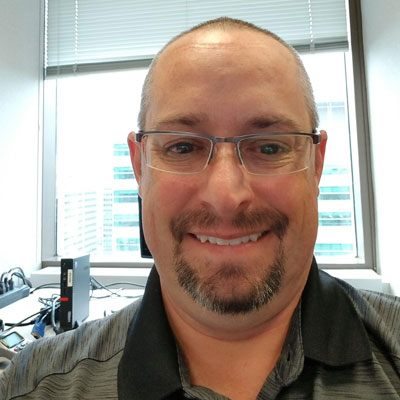 Nutanix, Datrium, Dell, or NetApp: Which Hyperconvergence Solution Is Best for Your Lean IT Team?

At Perpetual Energy, we take an entrepreneurial approach to finding, exploiting, producing, and marketing oil and natural gas based energy. We’re a junior oil and natural gas company. We cannot compete with the Exxons and the Shells of the world in terms of volume or size. But we are agile, innovative, and have carved out a niche of our own.

Like any other oil and gas exploration company, our bottom line is affected by shifts in commodity prices. In 2014, the price of oil and natural gas crashed. Although it has partially recovered, it has yet to hit the highs of the earlier part of the decade. As a result, Perpetual and other small players in the energy exploration arena have had to rethink the way we do business.

In our case, this led to a streamlining effort.  Perpetual went through a corporate restructuring that caused the IT department to shrink from five people down to two. Despite the reduction in our human capital, my team's workload was unchanged. We still had a help desk to run, applications to support, infrastructure to manage, and IT innovation to adapt.

Maintaining Old Infrastructure Costs as Much as Replacing It

At the time, we supported an aging three-tier infrastructure that included traditional compute, storage, and network architecture running a standard VMware hypervisor. Our storage array was already seven years old, and although our servers were still within maintenance and sufficiently adequate, it was time-consuming and onerous to maintain the traditional three-tier environment.

I crunched the numbers. I added up the cost of maintaining our existing infrastructure for the next five years and compared it to the price of buying and running an entirely new solution over the same period. The hard costs were nearly the same—and I never even considered the soft costs associated with old versus new. It made no sense to pump more money into our obsolete equipment, so we decided to start looking for a better solution.

From Disaster Recovery to Hyperconvergence

Disaster recovery was another important consideration. The 2013 Calgary Flood saw portions of our downtown core submerged under two feet of water. Historically, companies that had offices here also hosted their data centers onsite, but the flood changed that. Many businesses, including Perpetual, moved their data centers and our DR operations offsite to a colocation facility.

The migration of our data center began the transformation of our IT infrastructure. We knew we had to pull the plug on our previous in-house data center, but we wanted to hold off doing a complete refresh until it was necessary. Still, I knew that the change was coming and I had already started to explore our options.

From the start of my search, I knew we had to go the hyperconvergence route, so I performed my due diligence and sought out the top category vendors. I didn't have a clear picture of what we needed, but I wanted a solution that was easy to manage and would fit with the goals of Perpetual. I also wanted a supplier who could walk us through the transition and who could follow up with long-term support.

In the fall of 2016 we started our journey to understand the hyperconvergence landscape and to look at our options.  We identified a few hot buttons that were "must haves" in order to move forward.

2. We have a team of two, so the solution needs to be simple enough to manage with minimal screen time.

3.  The solution needs to, at minimum, deliver the same performance as our existing three-tier environment.

4. The solution needs to have great support options in the event of failures.

5.  The solution needs to be robust and scalable. We would need to be able to expand as business needs change.

6.  If there are overall cost savings that would be a bonus.

I started by looking at Datrium. It was a cutting-edge solution that had a major limitation. At the time of evaluation, Datrium did not support iSCSI connections to an external host, and at that time it wasn't on their immediate roadmap.

Next, we looked at Dell EMC VxRail. Once again, we faced a lack of iSCSI connectivity, but there were other issues, too. Dell EMC was our incumbent storage array supplier, but there was some friction over their approach to the migration, so we decided to move on.

The third contender was NetApp, who had just launched a hyperconverged solution. Their offering was impressive, but it was a three-tier infrastructure solution that overly relied on VMware. Despite powerful data deduplication and compression features, it used VMware to generate the needed virtual machines and was far too complex to be effectively managed by a team of two.

This left Nutanix as the only supplier of a one-tier hyperconverged solution that met all our needs. Unlike some of the other platforms, Nutanix supports iSCSI external connections. This feature allowed us to spin up Oracle database storage blocks on our virtual machines and then connect them to our physical server. There was no other way to build this bridge.

As I found out, Nutanix is very much a rack-and-stack solution. We powered up our gear, installed the latest updates, and were ready to migrate our data center to our new infrastructure within a day.

It took two more days to move everything from our old machines to our new hardware. We started by using Nutanix Move to migrate our virtual machines from VMWare ESXi to Nutanix AHV. We then migrated our Windows-SMB file-sharing services as well.

In the end, after being able to retire the aged three-tier infrastructure we had, we were also able to see the physical difference in our data center footprint.  We were able to migrate from 30 RU to six RU.  We filled two x 47U racks and now we are just over one.

Although the migration was a success, I remained somewhat skeptical about some of Nutanix's claims. They promised easy system upgrades and seamless support, and I wanted to believe them. However, I'd had less than stellar experiences in both of these areas with other vendors in the past.

The "easiest" VMware ESXi upgrade meant scheduling an outage to VMotion VMs to allow for host maintenance and upgrades.  This was a very laborious task as we had to ensure that as we migrated VMs from host to host, that there were no complications.  If there were any issues then there was always a painful support call or hours of Google searches to try to solve the issues.  With Nutanix, the upgrades happened on the fly. Everything is done automagically by the click of one button. I was amazed that there was no downtime; I even perform system upgrades during business hours as they promised I could have. But that's not the end of the story.

A few months later, I was on a weekend camping trip when I woke up to a phone alert that one of our hard drives had failed. When I got back home on Sunday night, I called Nutanix with the expectation that I'd be routed to a secondary call center overseas, and that I'd have to leave some information for a callback the next day.

Instead, the person that answered the phone when I called is the same person that helped me to troubleshoot and diagnose my failed drive.  I never got routed around the world five times to get to talk to someone—it was instant. He signed into our infrastructure and checked everything out. He told me that a hard drive had indeed failed and that they would ship a new one to our office overnight. He also reassured me that we'd lost no data because Nutanix has redundant memory, storage, power supplies, and CPUs. "You could have an entire node fail without experiencing any disruptions. Everything has a failsafe and a backup."

A reliable infrastructure with hyperconvergence means peace of mind instead of being on-call 24/7. #NutanixStories
Share it Tweet it

I have to point out that this type of event is the exception rather than the rule. Nutanix is so stable and efficient that I no longer have to spend my evenings and weekends troubleshooting and maintaining our infrastructure. I can spend more time with my family, go on trips, and be a husband and a father instead of being the IT guy 24/7.

Another great thing about Nutanix is its simplified one-pane-of-glass interface. You don't have to be a virtualization or storage expert to configure different parts of your infrastructure. Anyone with a basic understanding of network and server management can add virtual machines, spin up storage systems, and configure Nutanix in various ways.

Nutanix was the perfect choice for Perpetual Energy—your mileage may vary. To find the appropriate IT infrastructure, you need to understand your business first.

Before you meet with any vendors, make sure you have a firm grasp on your internal processes, strategic goals, and financials. Perform your due diligence. Even the best technology won't serve you well if it's not the right fit.

Today, our infrastructure practically manages itself, and this frees me to work with end users and business units like the operations and execution teams. I can help them become more efficient and drive down costs by leveraging the power of IT. Instead of focusing on maintaining and managing our network, I am helping to drive innovation. In a market like ours, every department needs to play its part.