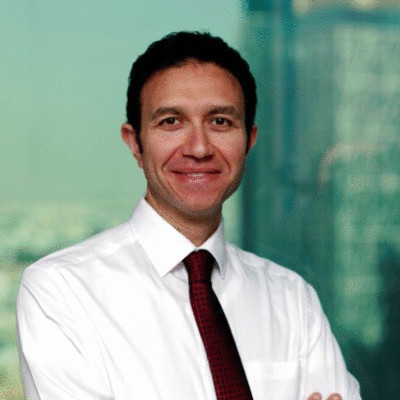 One Size Doesn’t Fit All: Filling the Gaps of Public Cloud Infrastructure

The Qatari economy is booming and, with it, construction. And the most exciting projects in Qatar—the National Museum of Qatar, the New Doha Tennis Stadium, Doha Port, and the Museum of Islamic Art, to name a few—are projects by ASTAD, one of the top 10 global construction and project management firms.

ASTAD was founded in 2008 to meet the sector’s increased demand for project management services. We are ranked 10th on ENR’s Global Construction and Project Management Firms List, the first company in Qatar to receive an integrated ISO certificate from Bureau Veritas. We have worked on more than 250 projects in our short history. 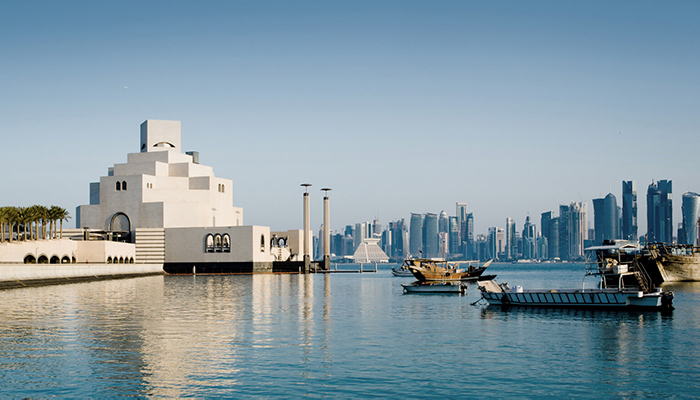 Playing Catch-Up Instead of Thinking Ahead

Despite our tremendous success, we faced internal IT issues as we expanded. Our infrastructure had organically multiplied as we moved from project to project, and we didn’t have a strategic plan. Because we weren’t thinking far enough ahead, we were all playing catch-up. Systems went down unexpectedly, and we were paying astronomical fees to third-party vendors. We were taking on billions of dollars worth of projects, but our IT framework consisted of little more than overlapping band-aid solutions.

After almost five years at Philips Australia, I joined the company in 2014 with the requisite skills to reign in our IT chaos. When I got here, I quickly realized that our infrastructure did not equal our ambitions. We were winning bids on major projects, including one of the FIFA World Cup soccer stadiums, and our clients were ready to start working immediately. Unfortunately, we lacked the infrastructure to put our people on site, and our customers had to wait while we deployed the needed IT resources to get things moving.

The Disconnect Between Our IT and Business Units

The root of the problem was a disconnect between our IT and business units. ASTAD was bidding on projects without having a clear idea of the technology needed to see a project through to completion. We didn’t have the capacity to build up the documentation and engineering software our customers required, and we couldn’t forecast their needs, either. There was no way to scale up or down based on project requirements. 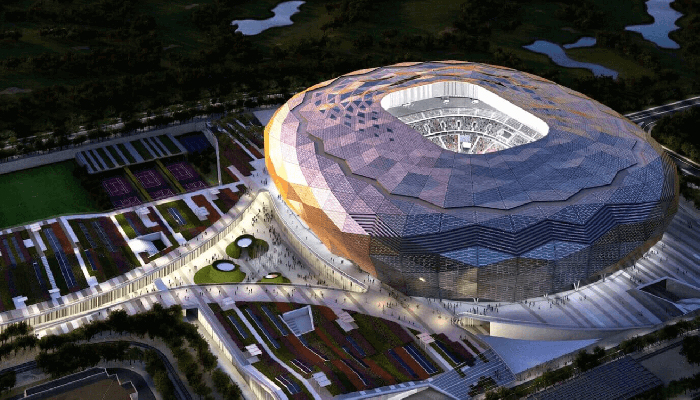 At the time, we were leasing an off-prem data center, and the costs were prohibitive. So, we bought new hardware in 2015 and moved everything in-house over the next two years. Unfortunately, we quickly saw it was far from ideal. It was easy enough to scale up—when a customer needed more power or capacity, we racked up storage and compute. But after we completed a project, we were stuck with unused hardware. At one point, we’d scaled our systems to support 1,500 users, but ultimately everything sat idle, taking up space and consuming resources. This approach was unsustainable and incompatible with our operations.

End users don’t care what the infrastructure looks like—as long as it works.
Share it Tweet it

ASTAD’s business is fluid, and our staffing goes up and down depending on our project. In some ways, we’re almost like a professional services company: We build a system and hand it to our customers, who share blueprints, architectural renderings, and other massive files during a construction project. The end users are project managers and engineers who use technology rather than viewing it as something they can harness. They want to click a button to send or receive a document and don’t care what the infrastructure looks like as long as it works.

The Problem with Public Cloud

I had started to rethink our IT infrastructure seriously, and by 2018, I was ready to move. The most cost-effective and practical approach was architecture that could scale up and down on a per-project basis, with pay-as-you-go pricing. My first instinct was the public cloud. I looked at Google, Azure, and AWS, but none of these providers had a presence in Qatar—or in the Middle East at all. That meant storing customer data in Europe and leasing a direct link to the continent from a third party, like BT.

Still, we did a POC with Azure. Sending files to and from Europe was far too slow, and there were concerns about reliability and responsibility. Involving a third party complicated matters in several ways. Our local provider would only guarantee the quality of service within Qatar, while BT was only responsible for international transmission, and Microsoft would only address issues with data residing on Azure. If we ever encountered a problem, we’d have to deal with three different providers pointing the finger at each other. I wanted a solution that would make my life easier, and this wasn’t it.

After researching and rejecting cloud providers, one of the engineers at our infrastructure partner, ICT, suggested HPE GreenLake. It is an on-prem edge-to-cloud solution that keeps our data and hardware local, eliminating latency and performance issues. We liked that the HPE GreenLake platform operates on a subscription model, so we didn’t have to pay for what we didn’t use. HPE owns and maintains the physical equipment and adds or subtracts CPUs, storage, network, and backup systems as needed. It was a great fit for ASTAD’s business model because it provided the best of both worlds: We got the combination of cloud-like scalability as well as an in-house data center managed as a service.

The combination of cloud-like scalability and an in-house data center managed as a service is a perfect fit for flexible business models.
Share it Tweet it

Even though moving our infrastructure to the HPE GreenLake platform wasn’t the lowest-cost solution, it would help us regain control of our expenditures. Our annual OpEx would consist of 20–30 lines just for ongoing renewals of security products, hardware, backup, storage, and support—and every year, that price would either stay the same or increase.

An Edge-to-Cloud Solution that Enables Us to Move Fast

When I pitched the HPE GreenLake platform to our CFO, it was a single line on our OpEx budget. Instead of replacing aging and renewing dozens of service agreements with various hardware and software vendors, HPE offered a one-stop solution that was incredibly easy to cost. We signed a yearly contract for an HPE-managed GreenLake data center, and adding or subtracting hardware became a change request instead of a new purchase or service agreement. 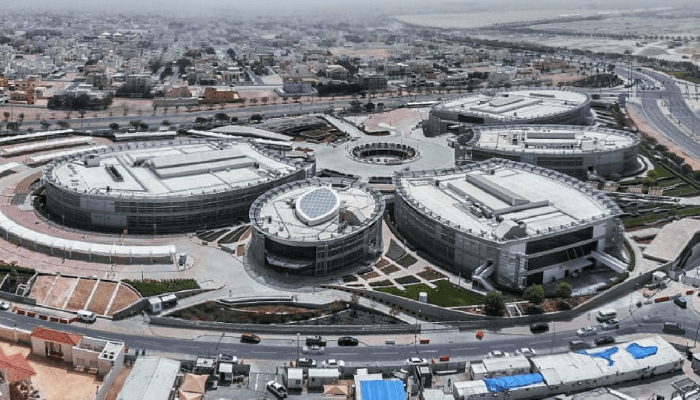 Using the HPE GreenLake platform meant we could continue to leverage our existing hardware. The transition from multiple different hardware vendors was seamless, and we continue to depend on support for our HPE solutions, including our HPE ProLiant DL360 servers for virtualization with Hyper-V. The benefits didn’t stop there. We reduced our data center footprint from ten racks to three and our IT spend by more than 30%. Our contractors and customers are incredibly pleased with our new infrastructure. They stopped complaining about latency and slow transfer speeds because we adapted our electronic document and records management system (EDRMS) to our new infrastructure and are moving files across our network faster than ever.

The public cloud is one of the hottest IT trends, but it is not the best solution for every business.
Share it Tweet it

Critically, we’ve closed the gap between our business arm and IT with the HPE GreenLake platform. ASTAD can now scale up and down quickly to meet project specifications and factor infrastructure costs into our bids. Our sales and IT teams have full visibility into costs, resulting in less confusion and fewer arguments. Instead of spending money upfront and waiting months for hardware to arrive, we deploy new infrastructure at the start of a project, and the HPE GreenLake platform adds the cost of the extra capacity to our monthly invoice. Equipment delivery delays and cost overruns are a thing of the past.

The Hottest Tech Is Not Always the Best Solution

The public cloud is one of the hottest IT trends, but it is not the best solution for every business. Latency and security are major question marks for ASTAD, and platforms like Azure fail to address our needs. The HPE GreenLake platform occupies the niche between traditional data centers and cloud services. It is a scalable on-prem solution offered as a service and is perfectly tailored to organizations like ours that can’t—or don’t want—to move to the public cloud completely.

The HPE GreenLake platform is a long-term solution for ASTAD. It frees us from managing the backend, and we don’t have to constantly worry that our CapEx isn’t aligned with the scope of our projects and ambitions. These days, we bid on projects with confidence, so we can continue to develop Qatar. 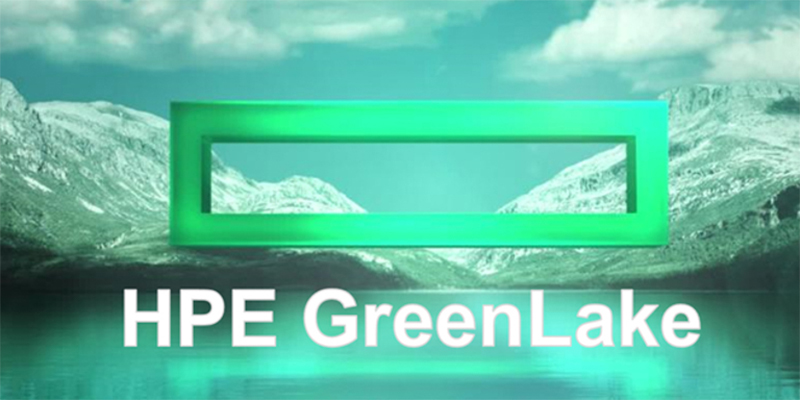 Senior IT leader with over 20 years of experience encompassing strong leadership skills and deep understanding of successful IT integration within the business. Ability to comprehend and effectively manage IT Service Delivery models for local & global organisations; resulting in positive impacts to businesses. Possessing strong financial analytical skills to ensure correct IT investments are proposed which result in key business benefits while also enhancing the perception of IT within organizations. 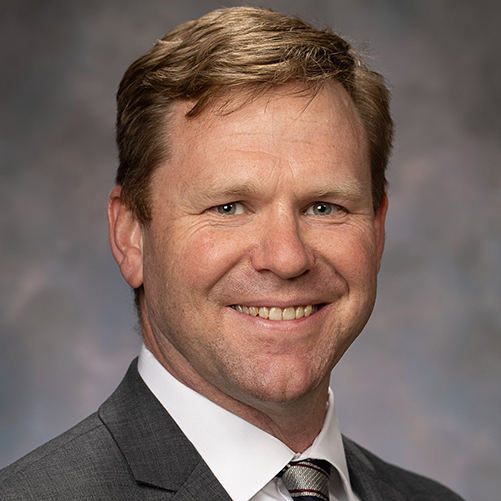 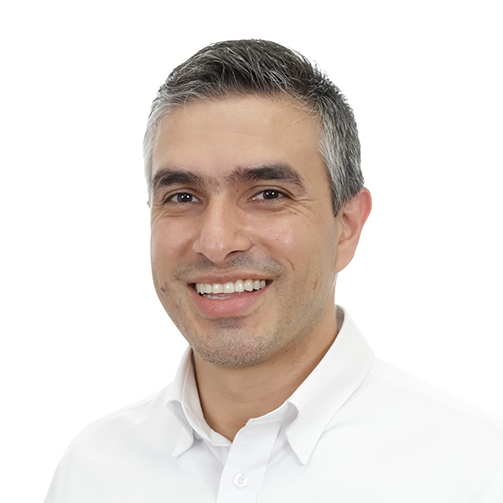