Out with the Old and In with the New: The Importance of Embracing the Digital Future

Many older organizations face the challenge of getting stuck in an "old school" way of doing things—particularly when it comes to technology. From a certain perspective, this makes sense. It’s scary to stray away from the processes that made you successful in the first place. If those processes were able to carry you this far, they must be inherently valuable.

But while this is true in theory, it's rarely ever as important as it seems in practice. The world around us constantly changes and businesses of all shapes, sizes, and types need to remain agile enough to adapt in response. More than ever before, customers expect things to be digital. They don't care that your business' entire infrastructure was in place decades before the smartphone was introduced to the world. They want what they want and it's not your job to tell them differently.

Technology moves quickly. If you don't make an effort to stay ahead, you’ll find yourself left behind.
Share it Tweet it

Both of these ideas often lead organizations down a path toward stasis at the worst possible time. It's something that is very common in the banking world in particular.

My former employer, a major Canadian bank, is steeped in history. When I first joined the company, I was certainly impressed by the age of the institution itself—but I'd be lying if I said I wasn't a little worried, too. I didn’t know if I’d walk in on my first day and see nothing but older people in suits, hanging on to their old habits for dear life.

Thankfully, the reality of the situation was the exact opposite of that. What I saw was a company that was trying to be proactive in its quest to remain agile and forward-thinking, but I also found one that was very focused on technology.

Even at the time, there was already a big push underway to digitize as many of the company’s practices as possible. When I formally became a member of the team, there was an initiative already underway around a banking solution we offered customers. It was emblematic of something that a lot of companies are currently doing, which is moving away from paper and toward digitization.

There are a massive number of reasons why this is a good idea, but the two major ones are definitely the environmental benefits and the costs savings. Getting away from paper and moving toward glass (as we like to say) is also more convenient for end users. The bank's customers don't want to have to wait until the end of the month to get an account paper statement. They want to be able to see everything on their laptops, their cell phones, or their tablets whenever they want.

But the infrastructure of the underlying organization has to support that as well. Banking is about more than just being able to see your account balance online. If a bank still requires you to print out a form, sign it, and then mail it in, that's still a hassle that a lot of people don't want to deal with any longer.

As a member of the company’s Centre of Excellence team, part of my daily responsibilities included offering a digitized version of any form that would eventually touch the customer. People could see a form on any device, and by using E-Signature verification, they could also sign it and submit it as necessary.

A big element of this is a process called rationalization, which involves deciding how many forms we could integrate into one digital form within the system. For a paper form, you need to have a single entity of the form. Slight variations become a totally new version. In digitization, the possibilities are endless. You can merge all variants into one master form and are then in a better position to generate different versions on-demand.

In an effort to get all of this off the ground as quickly and as efficiently as possible, we had been using Quadient. Personally, I thought this was exceptional news. I knew Quadient was the right tool for the job and it was a company that I had actually worked at in the past. In a lot of ways, it almost felt like coming home.

There's Always a Better Way—You Just Have to Find It

To give you a better idea of why Quadient was such an appropriate fit for this project, let's return to the subject of rationalization. During this part of the project, the teams were able to take 300+ different forms and rationalize them down into a smaller number—around 30 or 40. Then, those forms would be built into the digital format using Quadient. They were constructed in a way that allowed us to generate the final output as a PDF and also to reuse any small piece of those forms later on.

With the Inspire platform—and by following Quadient's own guidelines—we were in a position to use and reuse and even modify any piece of those forms. Our team members only needed basic Quadient knowledge in order to generate these new forms—that part has already been done. Any regular user could reuse those sections and generate any variation of the standard master form in seconds. It’s incredible that anyone could be involved in this process without needing to be a developer.

Without Quadient, to my knowledge, this wouldn't have just been difficult, it probably would have been impossible.

Again, that's a very specific, practical example of what made Quadient such an appropriate tool for this job. In a more general sense, I love how easy it is to use—even when you're talking about something as seemingly complicated as reusing forms. The GUI is user-friendly. Quadient also has so many valuable online resources. That means whenever you need to learn about a feature or if you need any information, you can always turn to a resource like Quadient University.

An Impact That Speaks for Itself

Even in a short amount of time with that initiative, the company enjoyed a tremendous amount of success. By now, they’ve eliminated all paper forms—to the tune of about 2.8 million sheets of paper. They're gone and, thankfully, they're never coming back. This reduction in the amount of paper alone will save the company about $132 million per year.

In an effort to tout the success of our project, my former manager presented these and other accomplishments to the rest of the company. To say that people quickly started to get excited is an understatement.

This confirmed that we were headed in the right direction, and the larger digitization effort has quickly begun to generate its own momentum. All of this became a much bigger and far more important initiative within the company. The team eventually went on to help nearly a thousand retail branches across Canada with their own digital adoption efforts, and my team's pipeline was full for over a year because of the increased demand for our time. For someone like myself, that was very exciting position to be in.

Cost savings are important, but they also need to benefit your customers. Thankfully, they were in a position to enjoy the fruits of our labour too.

It’s All for the Customer

Naturally, any banking customer has to deal with a multitude of forms. That’s just the reality of our industry. But now that those forms are streamlined and digitized, every related process becomes far more straightforward by its very nature. Today, any piece of information the customer needs, they can have at their fingertips wherever and whenever it's comfortable for them. Do you want to be able to view a form? You can. Do you want to be able to sign and submit a form? You can. Keep them for your own records? You can. It isn't just easy—it's effortless.

Make sure customers have the right tools they need to make their lives easier. That’s how you build retention.
Share it Tweet it

In fact, thanks to Quadient Inspire, the bank’s customers can now open an account from any device in as little as eight minutes. They don't even have to think about going into a physical branch if they don't want to. Absolutely everything they need is right there, which is exactly as it should be. It's more than just a "better process." It's the type of process that can sustain a large organization into the next few decades and beyond.

Quadient—both the solution and their support—have helped the bank get this far. Whenever we hit a dead end or had doubt about our next step, we contacted Quadient's support team and they quickly offered the right solution.

If we had problems during production or product development, when we were deploying our code to production environments, they were always there for us—even off hours and on the weekends. And as technology rapidly changes, Quadient changes with it. They release new updates constantly, which in turn helps teams stay on top of the latest developments.

There’s a lot of peace of mind from knowing that you always have someone you can rely on, even when things don't go as planned.

Accept the Digital Future and Embrace It

When I first joined the bank, I was surprised by the integration with technology. To me, the working environment at the company was more like what you would find at a high-tech company than one in the financial services industry. I was constantly amazed by the high level of attention paid to technology and its critical role in the new era of banking.

That digital era is upon us. And, in a lot of ways, we've only just begun to see the true level of disruption that these types of advancements are going to bring. This isn't something you can avoid or even fight back against—it's coming whether you like it or not. At that point, you can only do one thing: prepare.

Thanks to Quadient, we’re now more prepared than ever for the digital future—regardless of what it looks like ten or even twenty years from now. These days, the bank no longer has to worry about keeping up with the cutting edge. The cutting edge is where they live. 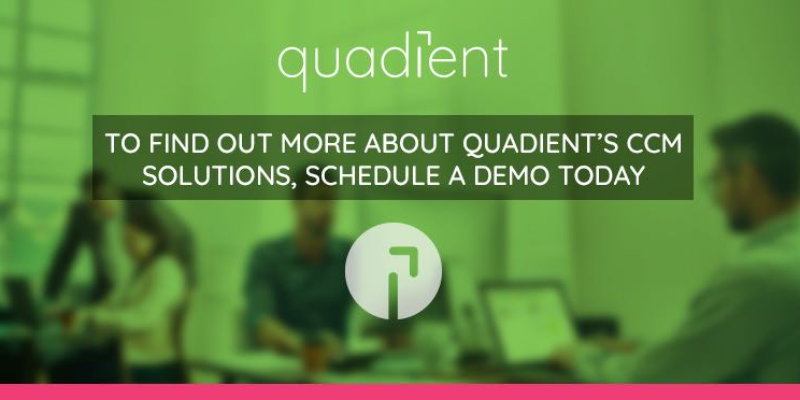 Quadient
Cutting Costs to Invest in the Future: Uncovering the Potential of Customer Communications with Quadient Inspire 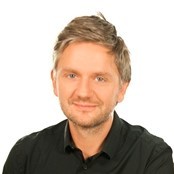 Quadient
Digital’s Gain Doesn’t Have to Be Print’s Loss: Helping Your Clients to a Multichannel Win 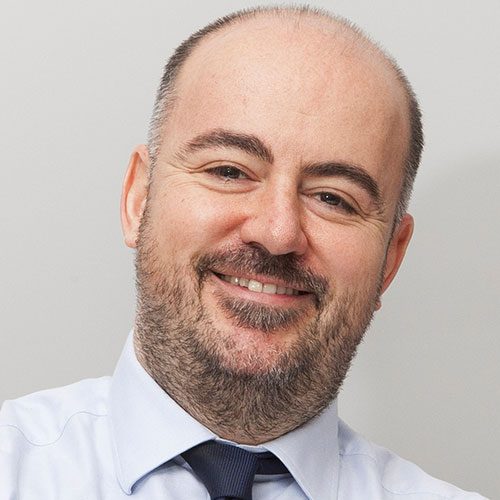 Quadient
The Secret to Staying Relevant in an Evolving Industry? Focus on the Customer 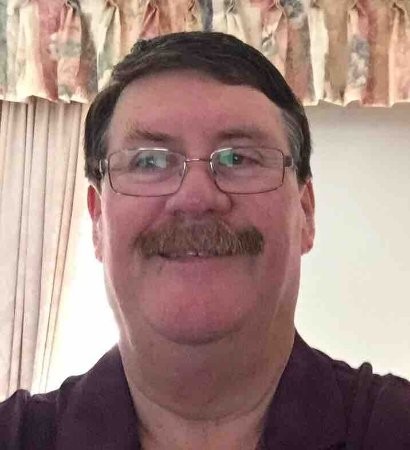