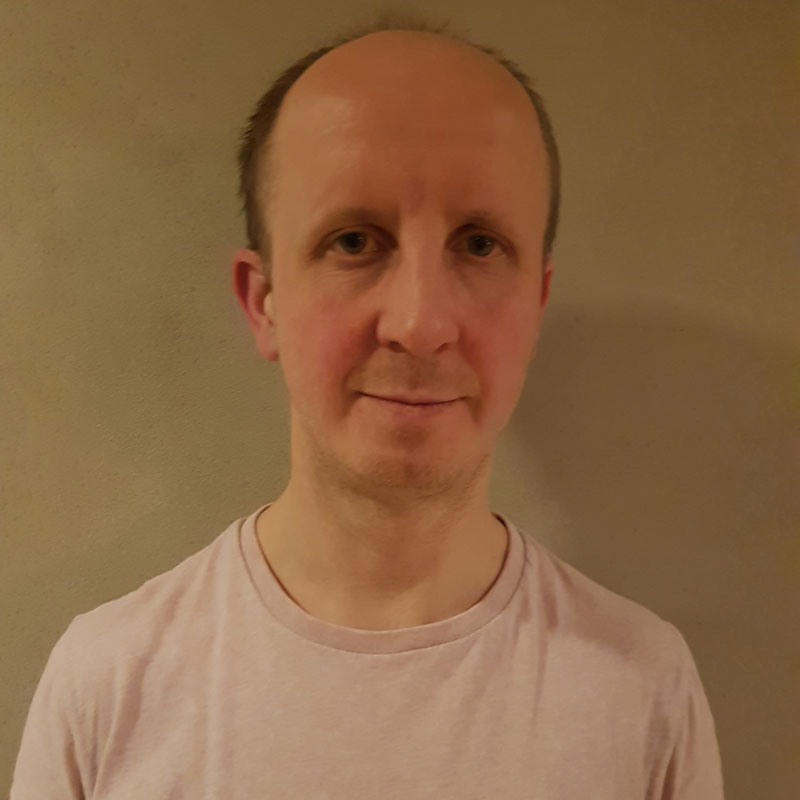 At Kverneland Group, we’re proud of how we contribute to the world’s food supply. We are a leading international manufacturer of agricultural equipment, exporting to over 70 countries. Seeding, baling, fertilizing: If you can attach it to a tractor, you can bet we make it.

It might not sound like much, but consider the demands placed on today’s farmers to put food on your table. Take Norway for example, where Kverneland is based: Only 3% of the country is arable land and we have long winters—with a short growing season. Farmers here are not big corporations; they’re families. And, of course, everyone wants to farm in the most environmentally sustainable way.

Helping farmers overcome these challenges means we have to be smart and innovative with our solutions, and everyone at Kverneland has a big role to play—including IT.

Work from the Assumption That Everything Is IT’s Area

Being with this company for 24 years, I’ve had quite the journey. I started in the production department, moving physical parts, if you can believe it. From there, I became an IT network administrator, and then for a while I worked in various roles with SAP, until I rose to manager of the SAP and business applications team. Now I’m the manager of the operational department.

When I reflect on all these roles I’ve had in the company, the only time I formally applied for a job change was that first IT networking role, because I did have some education and interest in IT before that. Ever since then, it’s been someone in the company asking me if I could please take on this new internal position that’s opened up. Why is that?

I think it stems from my philosophy of IT: When there’s a problem that needs fixing, I never tell a colleague, “That’s not my area.” Instead, I just try to solve the problem. And then whenever there’s another big challenge to undertake, my colleagues will say, “Ah, that’s something Stian can do as well.”

To Drive Innovation, We Need to Reduce Complexity

Today, I think of the IT department’s role as ensuring Kverneland runs in the best, optimized way, while keeping the company secure and minimizing downtime. If we do it right, we’ll be ready for new trends that come along, like IoT.

To that end, I had a series of objectives when I came into my new role as manager of the IT operational department. My main focus is on reducing the number of servers, because until recently, our servers had a huge footprint.

You’re probably familiar with how this happens: Every time we installed the new software for an application, we also installed many clusters of servers. We might have had four servers running through the same system. We also had a history of a very distributed network where each of our locations—whether large or small—had a standard setup.

Such a large, dispersed network creates a lot of maintenance work. You can imagine it: If you need to go into 20 servers to change a setting, are you going to get all 20 right? More likely you will get 19 right, and the 20th one will become a problem that you will have to locate and go back and fix. Think of all the human hours spent on that 20th server.

Reducing the number of servers is about cost reduction, but less about hardware. Consider the costs of personnel hours, being less agile, and lost productivity.
Share it Tweet it

My focus on reducing complexity has been about cost reduction, but less in the sense of the cost of hardware. Honestly, hardware isn’t so expensive anymore. I’m more concerned about reducing the number of personnel hours running these things.

There’s also the cost of being less agile, because if making changes to your servers is time-consuming, you know any time you consider adopting a new service or invention, there’s always going to be that hesitation on your part. At the back of your mind, you’re always thinking, “Will this change be worth it?” Removing that complexity of having so many servers means removing that friction, making for a more agile, adaptable IT department.

Of course, as we push on with these objectives, we can’t lose sight of security or downtime, because a security breach or lost productivity present major costs to the business as well.

Recognizing the Best Time for an Upgrade

All this was on my mind as it came time to tackle our HPE 3PAR storage. Our company’s storage needs had grown a lot in the intervening years. It was steady growth—nothing that took us by surprise—but enough growth we sometimes ran low on storage. And if we ever ran into a problem with a VM, it was tough tracking down which one it was.

But the big push factor was that our support was nearing the end of its contract. In the past, if we had performance issues, our response was to add more capacity and speed by adding a lot of SSDs. In my experience, though, the times when support is up for renewal is the perfect opportunity to rethink your infrastructure and consider an upgrade. You stick with any product for too long and it ends up being more expensive than a switch to a newer solution. We didn’t want to wait that long. It was time to look at replacing the hardware.

Though we wanted to move on from HPE 3PAR, we were happy with the long track record we had with HPE. That’s what started our exploration of HPE Primera. It came with deduplication, compression, and the promise of 100% availability. The fact that HPE Primera has fewer configurations to worry about would mean it's one more thing off my plate.

Recognize when it’s the right time for an upgrade. It’s often around the time a support contract is up.
Share it Tweet it

One of the big buying points for us was HPE’s InfoSight. Looking back, our old system was quite cumbersome in that every time we wanted to make a change, add some components, or connect something, we needed to read up and down to check everything was supported. With InfoSight, the system is being monitored at all times, so we wouldn’t need to worry about an incompatible device connected during a firmware upgrade. InfoSight would catch that, along with providing other valuable insights.

Rollout Was Easy, and You Can Make It Even Easier

The ease of HPE Primera’s implementation was also a compelling reason to purchase. When it came time to roll HPE Primera itself, it was easy and there was no downtime. On top of that, we also set up a remote copy between different sites. This was a bit more involved of a process than unpacking it and putting it into the rack, but it was simple enough to do ourselves.

One piece of advice I'd give is to plan ahead. When the HPE Primera arrived, we suddenly realized, “Oh, we don’t have enough ports available.” We had to rearrange and remove some of our servers and devices, because we hadn’t taken into consideration the structure we would need for the deduplication.

Some quick advice for anyone making the switch is that the rollout can be easy, but do the planning ahead of time of how you will do the connection, the migration, and which machines will participate in the new storage area network. Focus on developing a good structure, plan ahead, and it will save you time during the rollout.

When We Upgrade IT, the Benefits Don’t Stop with Us

While we are still in the process of migrating, the first benefit we’ve seen has been insights. Performance has been terrific, but if there’s an issue we know we can get reports pinpointed to the level of the virtual machine. So if we have a problem with a VM, we know exactly which machine is hurting performance. That time we used to spend just locating the issue is now time we can spend addressing why the machine was slow in the first place.

These new ASICs in HPE Primera perform much better compared to the HPE 3PAR. Deduplication doesn’t seem to affect our performance whatsoever, and we are running almost everything through deduplication.

We expect to see more data reduction when we move over our SAP system, which we have yet to do. This will help us in our goal of reducing servers and complexity. The result will be that we spend less time just maintaining the system, and more time on becoming a more innovative, agile company. The more time my team has to tackle newer and bigger challenges, the more we can help Kverneland develop the latest technology. In turn, this will help our customers put food on the world’s plate in a sustainable way. My team is only one small part of the equation, but we take our role quite seriously. 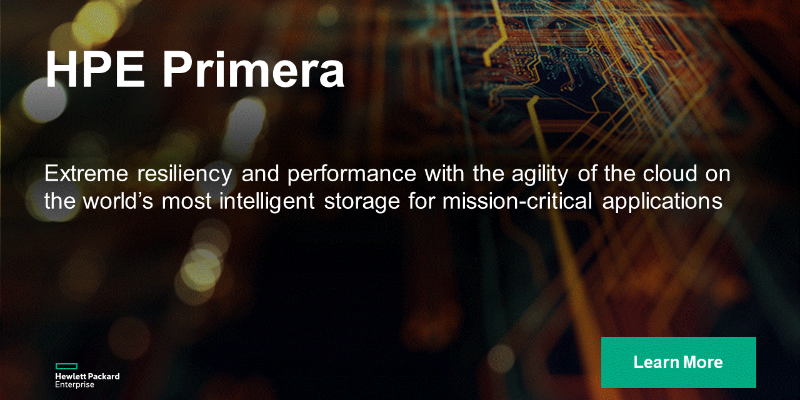 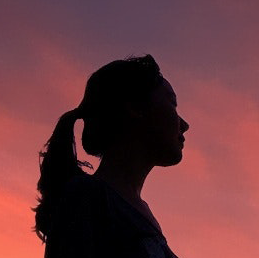 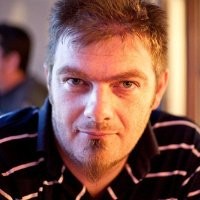 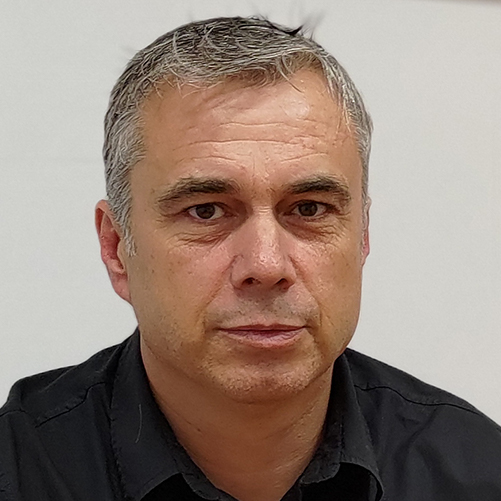