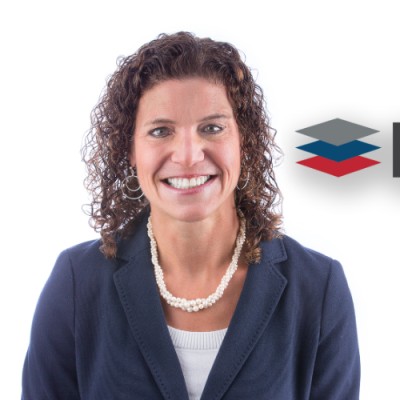 Taking Control of Billing Operations Through Automation and BaaS

Companies move in many directions to adapt to evolving customer needs, new competitors, and shifting markets. To survive and grow, you must analyze trends, choose the changes that will speed you forward, and implement required changes in your organization.

Automation is the name of the game these days. Employees may initially be resistant but getting them on board is a critical part of the change management process. Engaging employees can unlock tons of efficiencies in your operations.

A New Kind of Communications Company

Our company began with change. The founding partners formed New Horizon Communications (NHC) in 2002 after having worked together at another telecommunications company for many years and together started building a different kind of telecommunications service provider. From day one, we have strived to provide our customers and resellers with integrated telecommunications solutions that allow them to hit the ground running the minute they open their doors.

I've been with NHC since the company was formed.  As our current VP of Billing, I am responsible for growing the billing system, building teams, and overseeing the policies that guide our accounts receivable (AR) and Collections activities, including our industry-leading user-friendly invoice.

We started NHC with a small handful of customers, but our business grew quickly. I had to hire AR and collection people to deal with our ever-expanding roster of clients and my small team grew into an entire department. I became director of billing and I kept taking on more responsibilities. Although I had thoroughly researched and implemented the appropriate billing solution at the onset—and it served us well to start—it couldn't scale with our ambitions.

About nine years after we launched, it became clear that our billing solution was no longer viable. Our vendor wanted too much money for the quality and level of service they delivered. At the same time, NHC was rounding a corner. We were about to move into the wireless arena and set for explosive growth. It was impossible to integrate these new types of accounts into our old billing setup without a significant disruption. One way to avoid this was by finding another billing vendor who also worked with our printing vendor, but doing so narrowed our choices.

We also had to improve the way we reconciled customer invoices at the end of each month We only deal with corporate clients (vs residential), and many of our customers are multilocation accounts that receive a single telecommunications bill rolled up into one invoice for all of their locations. Due to our previous billing platform’s limitations, there was a lot of manual reconciliation that we needed to do perform after running a bill each month. We did everything we could to ensure things were accurate, but it was manual, tedious, and time-consuming, and there were times we needed to rerun some invoices before sending them out to the customer.

Perhaps most importantly, our previous vendor wouldn't allow us to bring some of our billing activities in-house. Their approach was all-or-nothing. We wanted to automate parts of the billing process and increase visibility into every aspect of our billing practices, but our previous vendor was very reluctant to let us do so. It was a sub-par solution and an untenable situation.

Our partnership was coming to an end. With this in mind, I began the process of researching a new billing vendor. I needed to find a company that could: process any kind of usage file, from any carrier; offer a seamless transition for our customers; and allow us to bring more of the billing process in-house.

I had a couple of recommendations, and after a lengthy interview process, I chose Enghouse Networks' Billing as a Service (BaaS) platform, which was then called CustomCall.

Enghouse Networks offered the quality and level of service we needed at the budget we wanted. They were also willing to give us more control over and visibility into our billing processes. But we had been with our previous vendor for nearly the first decade of our business, so this was a huge change for us.

We couldn't just drop our previous billing vendor without disrupting the flow of invoices to our customers, and we also wanted to test the waters with Enghouse Networks. So, we set up a two-month parallel billing trial. We gave them customer data, asked them to generate bills, and did a lot of “staring and comparing” to ensure everything was accurate.

One thing we wanted to look into was the fact that Enghouse Networks subcontracted sales tax calculations to an external vendor. We double-checked these figures, and everything looked great. Since we were using the same printer, we simply switched over to Enghouse Networks at the end of the trial. The change on the backend was completely unnoticed by our customers. Their bills looked exactly the same.

Most people hate change. Education and enthusiasm go a long way to smooth any transition.
Share it Tweet it

Within NHC, however, people definitely noticed a difference. Enghouse Networks looked and felt different from our old billing system, and most people hate change. To help smooth the transition, I emailed everyone in the company detailing the upgrades coming to our billing platform. I added links to Enghouse Networks’ website and tried to communicate my enthusiasm for the new way of doing things.

It worked—any initial resistance was short-lived. Enghouse Networks proved to be the right solution from a technical standpoint, and the company also demonstrated that they had our backs from the beginning. They wanted us to be comfortable with everything we were doing, and they held our hands for a while before I let go.

At first, Enghouse had complete control over billing and handled everything on their end. But we gradually began to tackle our initial goal to bring more of the work in-house. Automating our workflow was an iterative and interactive process. If I wanted more control over a feature or more visibility into one of our billing operations, Enghouse Networks found a way to automate it and asked me to beta test it. When they took us on as a customer, they were already rolling out automated features on their platform, but I like to think I gave them an extra push in the right direction.

Once we automated some basic processes, we started fleshing out automated workflows that simplified our operations. It was a brave new world for us because our previous billing vendor lacked any such functionalities. For example, we can now automatically generate reminders for our collections staff. It alerts them when it's time to call a customer to confirm that they received an invoice and are ready to make a payment. If a customer calls us with a question about billing or a repair, my billing team can open a ticket within Enghouse Networks and view any existing trouble tickets, too.

Thanks to Enghouse Networks, the entire month end process, from prebilling to final reconciliation and sending out bills now takes 24–30 hours instead of two or three days. That may not seem like a big deal, but it allows us to invoice and collect faster, which has a significant impact on our bottom line. The automation also allows me the ability to run bills on the weekend—which is even more impactful when the end of the month falls on a Friday.

With automated and accurate reconciliation, I can start compiling a bill when I leave the office on Friday afternoon, and it'll be emailed or mailed to the customer by Monday morning. Our corporate customers get the bill at the beginning of the week, and my Collections team can swing into action faster if necessary.

We also have access to Enghouse’s API Suite, which allows us to integrate our billing operations with our operations support systems (OSS) and front-end systems. For example, we no longer have to go through the Enghouse user interface to place an order and get it into the billing system. Our NHC programmers have developed a process that allows our operations and customer service teams to build an order in our front-end system and send it to Enghouse for billing with a single click.

Eventually, every department at NHC will have access to billing data without having to leave their front-end system. It's the best of both worlds. The people who need full access to the billing app will have it, while everyone else has access to the data and functions they need without using the platform itself.

A Solid Foundation to Build On

As we seek out innovative products and services to expand our Communications Stack, our partnership with Enghouse Networks has given us solid foundations to help grow and better serve our customer base. 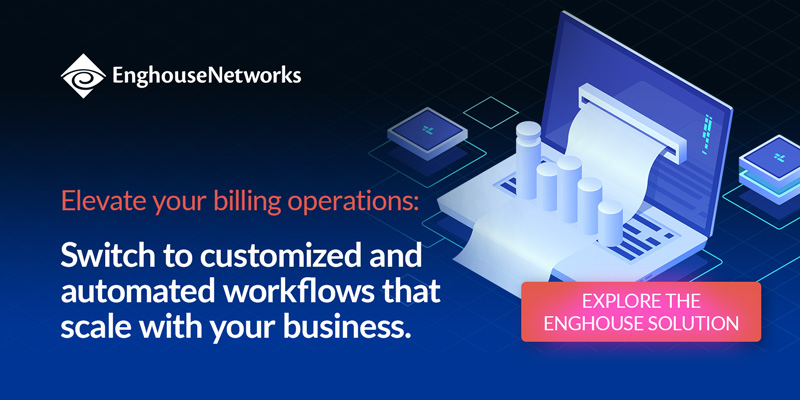 Shira Whritenour joined NHC in 2003 to oversee our Billing, Collections and Account Receivable activities, and she was responsible for processing and delivering our very first NHC invoice to customers in September of that year. Since then, Shira has continued to work on billing system growth by building teams and creating the policies necessary to produce and collect on an industry-leading user-friendly invoice. Shira has been instrumental in integrating our OSS and BSS back office and has added automation to collections and receivables, resulting in faster processing time. In August of 2019, Shira was named Vice President of Billing. Prior to NHC, Shira worked for 10 years at CTC Communications where she was responsible for senior level billing planning and strategy. 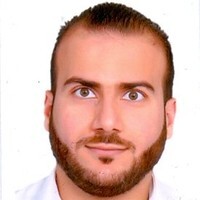 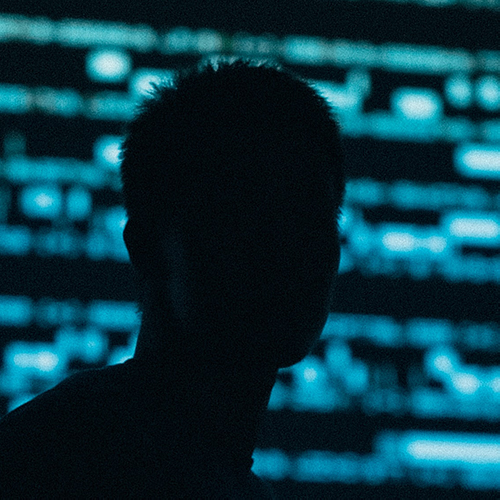 By
A Large Wireless Infrastructure Company 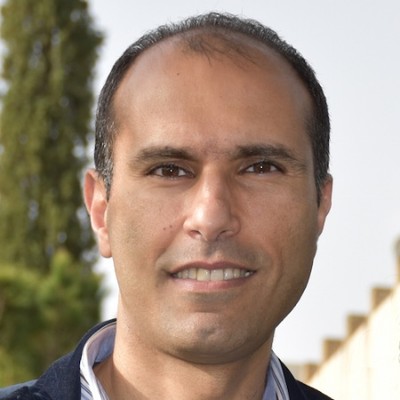