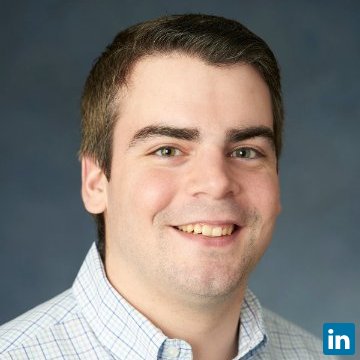 The Automation Evangelist: Leading My Marketing Team in Our Switch to Marketo

At Brainshark, we provide sales enablement and readiness software to more than half the Fortune 100. Anyone can create and host content, but we help teach and coach around that content to empower your sales team. A lot of our competitors have one piece of that software—like content creation or hosting—but ours is an all-in-one solution.

Part of what attracted me to Brainshark was how well respected the company is in the sales community. While I was interviewing for the job, I asked my friends in sales if they’d heard of the software. Not only did they all use the platform—but they loved it.

When I joined Brainshark last year as their Marketing Automation Specialist, there was an important shift happening. Brainshark was looking to make the switch from its existing marketing automation solution to Marketo. This migration was discussed in my interview and the switch to Marketo had me excited.

For starters, I’d be the one to oversee the project, which would let me sink my teeth into a big initiative at the start of a new job. But I was also excited to learn more about Marketo. I’d used Brainshark’s previous marketing automation solution in the past, and using Marketo would help me round out my skill set of working with major marketing automation solutions.

Out with the Old

The old marketing automation system wasn’t providing Brainshark with the value that we needed to meet our strategic goals. Our needs as a modern marketing team had evolved over time, however the platform hadn’t evolved to meet those needs. There were three main reasons for switching over from Brainshark’s existing platform to Marketo:

1. The old system was not (or could not be) democratized. There were significant knowledge gaps within the team because of its complexity. Not being a user-friendly platform, there was no way it could be an effective tool for us. But with Marketo, many marketers had used the solution before and had positive experiences. They were able to easily see what each program does and how the software works.

2. The old system wasn't integrating well with Salesforce. Simple data could take up to two hours to sync with Salesforce, significantly impacting operational efficiencies across marketing and sales. In the absence of a timely alert system, issues were typically widespread before we could resolve them. In contrast, Marketo sends out alert emails for syncing problems and the community within Marketo can actually help navigate any issues.

3. Time to value wasn’t there. The sheer amount of hours that were devoted to launching a campaign/program, specifically creating the different assets—such as emails, landing pages, and forms—and making sure everything worked on the back end was simply too cumbersome. Instead of focusing on program results, we were spending a majority of our time focusing on the operational side of launching programs. Brainshark sunk countless hours into a system that didn’t provide the return on investment we needed.

To kick off our migration to Marketo, I underwent Core Concepts training—a two-day course that covers how every aspect of the system works together and how to effectively use the software. The course creates a framework to help you understand, from a user perspective, how you'll work with the platform on a day-to-day basis.

The training has been invaluable in helping me successfully execute the administrator role. I know if my team has an issue, I can either solve it immediately or know where to look.

When we combined the ease of use of Marketo with my continual training, the result was that our team quickly got up to speed and we saw an immediate impact on the business. I also know that I’m not alone if my team needs support on a feature I'm not familiar with. I can use the Marketo Community to get additional resources that our team might need.

With this level of support at my disposal, we were able to migrate over to Marketo within our already aggressive timeline of three months.

From Skeptic to Believer

In rolling out Marketo, one of the first things I noticed was its Salesforce syncing capability. I found it to be unbelievable. Literally. A Marketo support person told me that when I save the fields on Salesforce, all I have to do is hit the sync button and it’ll just work. Being skeptical—like most other people in marketing—I thought, “Yeah, right.”

I manually created the new fields from Salesforce, like I did with my previous solution. Then, in my next call, I was told, “No, all you have to do is hit save.” A slight sense of embarrassment came over me as I realized the time I had wasted. Maybe I need to be a more trusting person.

Now that I’ve smartened up, we have more reliable data as we cut out the risk of mistyping information, along with saving myself and my team valuable time as Marketo automatically syncs with Salesforce in minutes.

After the training and skepticism was out of the way, we needed to step back and look closely at our new setup. To ensure we were as effective as possible with Marketo, we had to cut through the noise. We looked at the data previously collected to see where we could trim data fields that no longer provided any value. This first step was critical because we’re laser-focused on two big initiatives for 2018: better reporting automation and account-based marketing (ABM). The data needs to support us on these two goals—not get in the way.

The Rise of “Marketo Mike”

Because of the quick rollout, we were already able to get a jump on our 2018 goals in late 2017. For the last quarter, we’ve run a pilot ABM program with a focus on three industries, and we quickly discovered what was working and what wasn’t using A/B testing and Marketo reporting. Even though we’re only a few months into using Marketo, we’re already at the point where we’re gathering insights on what will—and what won’t—work for this year’s campaigns. It feels good to be this far ahead.

We also learned how we could create a repeatable and efficient process around our campaigns, without any disruptions to campaign timelines. Next, we want to learn how we can make processes easier and more manageable for ABM because we're planning to expand the program. Right now we’re marketing to a small segment. We’re turning the lessons we’ve learned into actionable, repeatable processes, and we’re prioritizing the scalability as our ABM program grows.

Marketing automation doesn’t just save time and money—it helps you figure out what works (and what doesn't).
Share it Tweet it

My passion for driving these projects has definitely gotten me recognized at Brainshark for being the Marketo go-to guy. It’s reached the point where I’ve earned the nickname “Marketo Mike” amongst my colleagues. They even went as far as decorating my desk with all of the Marketo swag we received when we made the switch to the platform. I had t-shirts and mugs and all kinds of branded merchandise on display on my desk. If anyone didn’t already know about my new nickname, that definitely cemented my reputation.

But I don’t mind being known as the Marketo guy when I see how much time and energy we’ve saved in the marketing department. The platform gives us more room to come up with ideas about how to differentiate our company in our industry. We’re now able to look back on our campaigns and report on what we did well, where we see room for improvement, and what new strategies can be applied to our upcoming campaigns. We just weren’t seeing this level of insight from our old platform. Now, we’re ready to go after the other half of the Fortune 100. 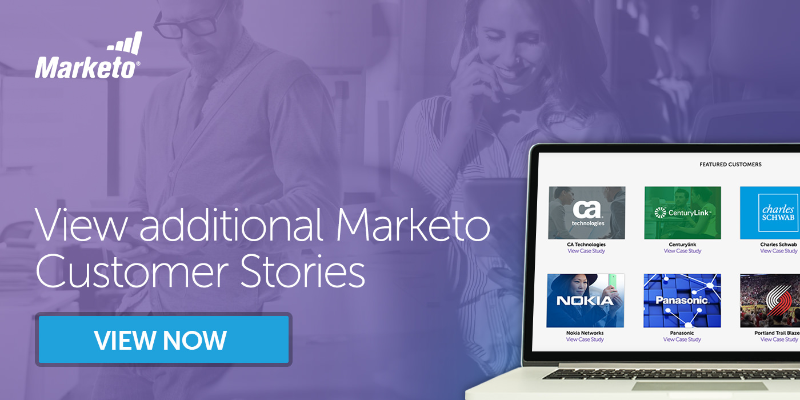 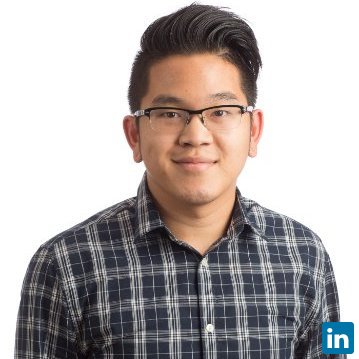 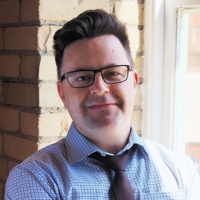 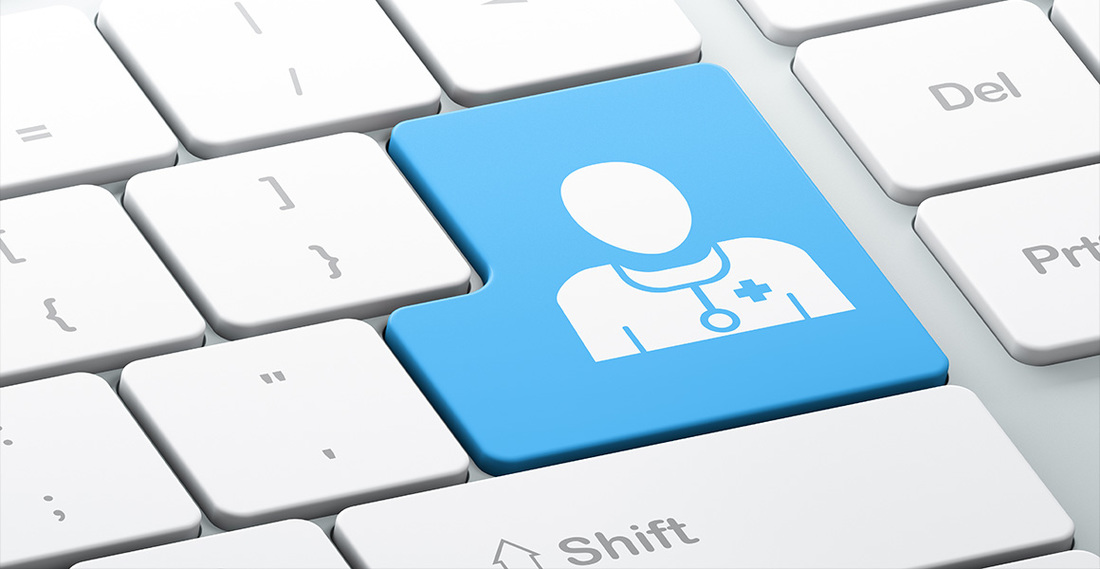