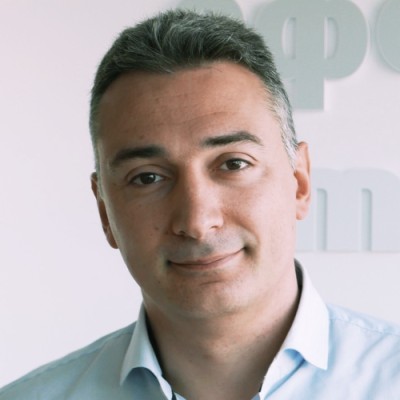 The Bridge Between Business and IT: Building a More Transparent and Understandable Network

In IT, there’s no pressure like having to replace all your existing systems in a short period of time. Every new solution is a long-term investment, and you know your choice of direction will affect all your future decisions. At the same time, there’s a lot to gain since making the right choice could be the decisive factor that propels your organization forward.

I joined One in 2019, having previously worked for a Bulgarian telecommunications provider. I came here with clear mandates as Director of IT. The first was to put governance in place around IT. The second was to replace One’s old systems—both hardware and software—and to do it as quickly as possible.

The first step was to address our foundation, which for any architecture is its data center network. Unfortunately, One’s existing network was quite old. It contained many Cisco components, but several were out of warranty and presented issues with interoperability.

In addition, the network configuration was very complex, meaning my team didn’t have visibility into all areas. That made it hard to have a complete awareness of all the business services running on the network. This complexity and lack of visibility made it unsuitable for supporting disaster recovery (DR) efforts and data center activity.

Virtualization was the clear path forward. At the time, we had to manage more than  a dozen applications. Our previous infrastructure utilized VMware, Microsoft, and IBM hypervisors, but for an organization like ours, it was over complicated and a waste of resources. Yet, with the amount of growth we experienced, we considered the possibility that we would require tens of thousands of virtual machines and many more physical servers to support our volumes and use cases if we took the old-fashioned approach. Instead, we decided to consolidate everything using a single hypervisor and integrate it with the network, which would allow fewer people to implement and maintain these virtual machines.

Virtualization brings many advantages to our data center. Hosts ran many different applications, which belong to various teams within the company. Now, hosts are under one platform instead of under-utilizing each server because the server was configured for peak load. By eliminating these separate islands of servers, we take full advantage of the platform’s compute capacity.

As the number of virtualized hosts grows, however, management of the data center was going to become a challenge. We knew that with growth, we are going to face issues with complexity and visibility and get lost in the application level. Dynamic movement of virtual machines between hosts and data centers also puts a heavy burden on coordination and management of security. Cisco’s Application Centric Infrastructure (ACI) offered a solution.

My knowledge of ACI goes back at least five years to when I saw a presentation at Cisco Live. Right away, I recognized ACI as the bridge between business and IT that makes a network more transparent and understandable. ACI is a comprehensive Software-Defined Networking (SDN) solution that simplifies, optimizes, and accelerates infrastructure deployment and governance, and expedites the application deployment lifecycle.

I implemented ACI at my previous company, thus becoming the first operator to implement ACI in Bulgaria. Our use case at One was different since it involved fewer business cases, which is why I was confident that it would work at One, too. If we got it right, it would make our lives much easier.

SDN can be the bridge between business and IT that makes a network more transparent and understandable.
Share it Tweet it

ACI was created for application layer visibility and monitoring. Rather than the usual switching of VLANs, ACI offered our data center team the ability to describe and define rules for each application and host. This approach made all networking configurations, security rules, and policies much clearer than before. And because Cisco was an existing partner of ours, we felt confident that continuing to work with the company would help us future-proof the system.

It was easy to decide to go with ACI, but finding a partner in Albania who had experience implementing ACI was much harder. We needed someone with the appropriate expertise, which is why I reached out to the company that helped me implement ACI the first time, Telelink Business Services.

I knew Telelink would understand our design vision and expected outcomes. Our primary focus was to be as integrated and automated as possible with a clean design. Working with Cisco and Telelink, we divided the project into two phases: the first phase involved building a new data center, and in the second phase, we connected a second data center to the first.

Telelink was so flexible throughout the process that they opened an office in Albania to be closer to One throughout this project. The communication between Cisco and Telelink was seamless. They were so aligned that there were no hiccups during the process at all. In addition to implementing ACI, the project also involved modernizing and refreshing our Wi-Fi network by replacing the controller and all the access points.

Tangible and Intangible Results from ACI

Since completing the project, we have seen no downtime, a shorter time to market, and easier troubleshooting. We use ACI and Virtual Machine Manager (VMM) for our virtualized workloads. With ACI’s centralized controller, networking deployment and configuration are now fully automated. This automation makes the initial setup faster and accommodates the dynamic changes as each host changes its location.

We can also better extend our capacity as needed. Before, we needed 30–60 days to build a server. Today, it takes less than an hour. My team only consists of a few people, but we can now maintain and deliver changes to anywhere between 20–30 machines within a day or two.

We can’t forget the human side to this project, either. When IT professionals learn and implement superior technology, it contributes to their professional growth. My team is the first to use ACI in Albania, and that’s a point of pride for them. Their experience with this solution will help them evolve, which will deliver future value to our company and their careers.

When IT professionals learn and implement superior technology, it contributes to their professional growth.
Share it Tweet it

For me, the pressure to overhaul the data center was an opportunity to make it better than ever before, and luckily, the answer was right in front of me. For anyone who has similar issues of maintaining a large and complex network with only a few people, ACI could be right for you, too. It’s easy to operate, easy to automate, and with a good partner, the pressure’s off. 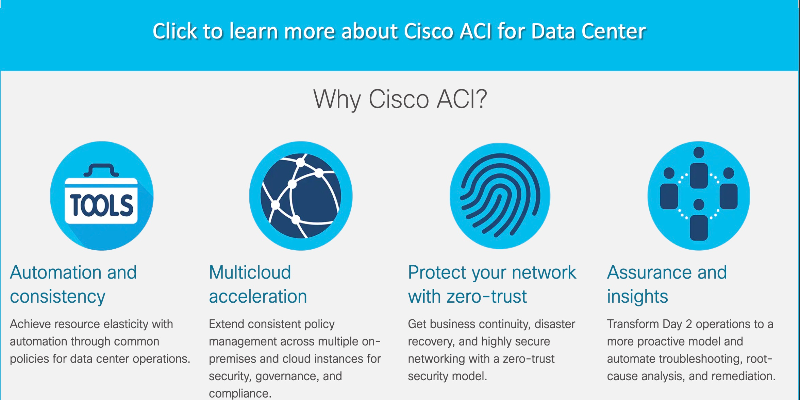 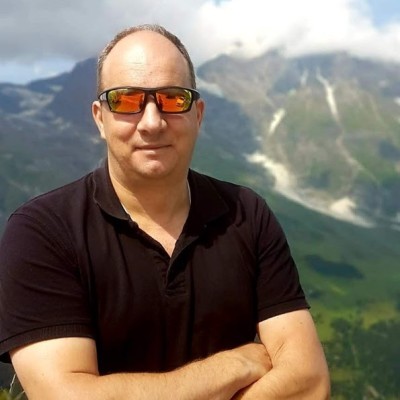 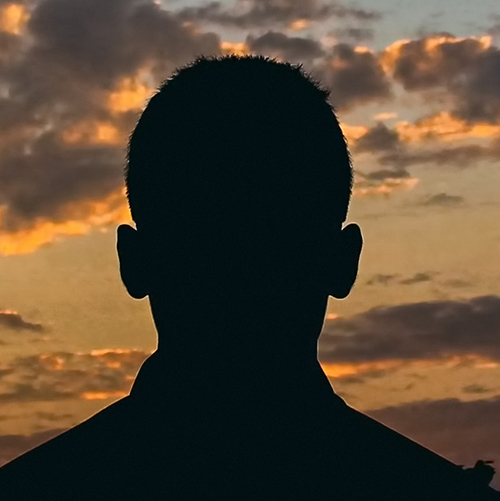