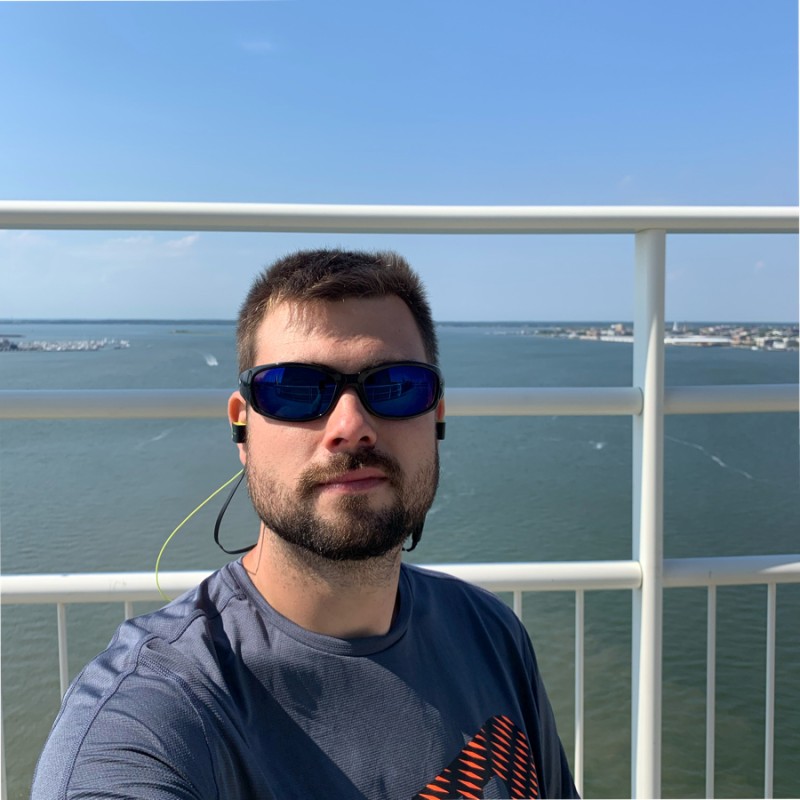 Triple the Power for Three Times Less: How Sumter County Leap-Frogged Into the Future with Nutanix

I’m a big fan of Steve Jobs. He was always looking for ways to make things better. When you look at Apple products, they’re spectacular from the start. Still, when you get to the fourth or fifth generation, you notice that everything about the original has been refined to near perfection, and subsequent versions offer only incremental improvements.

My approach to IT: Get it right to begin with, and then build and improve on the best available technology. –John Hamilton #NutanixStories
Share it Tweet it

That’s my approach to IT. I believe in getting it right to begin with, and then building and improving on the best available technology. I suppose this goes back to my teenage years.

From Building My Own PC to Updating AD Infrastructure

When I was in high school, I was very interested in computers. At the age of 15, my stepdad challenged me to build my first PC. He was an old-school IT guy who used to work at Intel. He bought all the components and said, “If you want a computer, you gotta put it together yourself, but I ain’t helping.”

I struggled, but I managed to complete the project. In the end, my stepfather did offer some assistance, but I learned a lot about troubleshooting and problem solving by doing most of the work on my own, and I’ve carried this forward into my professional life.

Sumter County hired me while I was still a student at Central Carolina Tech. A friend who was leaving his job there recommended me as his replacement, and I jumped at the opportunity to move up from my part-time job at Best Buy’s Geek Squad.

I started working at the help desk, doing things like opening user accounts and resetting passwords. Through a course of self-study, I worked my way up to system administrator and started managing infrastructure. I was handling a lot of the day-to-day stuff, like Active Directory system updates and software procurement, but I also ended up rebuilding our entire AD infrastructure.

Sumter is the eighth largest city in South Carolina, and the county is home to Shaw Air Force Base, but we’re not treated like a traditional urban center because we don’t have an interstate running through the area. You’d be surprised, but a smaller city like Florence has a stronger economy because it’s located on I-95. That’s the reality of South Carolina.

When I joined, Sumter County—as a whole—was in an IT slump. We had slow, out-of-date hardware that wasn’t scalable, and we couldn’t add new applications if we wanted to. This was back in 2013 or so. Our desktops were running Windows XP, and our backend was built on ancient AS/400 technology and iSeries servers from IBM.

At the time, it took forever to get anything done. Staffers would come in and ask me to speed things up. “I feel like I’m dragging,” someone once said. “I come here in the morning, turn my computer on, and then drink two or three cups of coffee before I can even log in.”

Part of this inertia was the result of our previous IT director’s “if it ain’t broke, don’t fix it” mindset. We were doing the bare minimum to keep afloat, and we were limiting our users’ ability to get things done, but that changed when his successor decided to bring Sumter County out of the Stone Age with a massive upgrade program.

When I look back, it’s crazy that we waited so long to turn things around. The population of Sumter County is roughly 107,000 people, and our IT infrastructure renewal budget was $200,000. That’s less than two dollars per resident. We were doing taxpayers a tremendous disservice by not upgrading our aging infrastructure. Think of all that wasted time and effort, not to mention the resulting frustration.

When we first sat down with the new IT director in 2013, we started having serious conversations about our computing and infrastructure needs. It was such a relief to have a forward-looking conversation.

A few months after our new director took over, Microsoft ended support for XP, and so, for compliance reasons, we had to update our machines to an OS that wasn’t end-of-life. It was a big bargaining chip that allowed us to secure the budget to replace all of our desktops.

That was the start of our transformation. Next, we had to tackle our backend. Our iSeries servers had become a problem. Everyone was moving to SQL, and it was becoming increasingly difficult to recruit qualified AS/400 professionals to replace departing staffers outside major metropolitan centers.

Better Infrastructure at a Lower Price

Our compute capacity was an issue, but our storage was also inadequate. We had 14 terabytes for the whole county. Faced with these shortfalls, we started pricing replacement technology. At first, we looked at a familiar solution: Dell server racks and a Dell Equallogic SAN. The cost of a setup that met our needs was roughly $200,000. While this was a reasonable budget, we decided to explore alternatives to see whether the competition offered technical improvements or better pricing.

At this point, we took a closer look at Nutanix. Our director was open-minded and up to speed on the latest tech. He wasn’t just looking at what we’d done before but was willing to consider recent innovations that may not have been as mainstream. So, we had some frank discussions about hyperconvergence, which was still in its early days.

Instead of buying separate storage and compute modules, we could consolidate everything in a three-node Nutanix cluster, and we could manage memory, backups, and virtual machines from a single pane of glass.

Surely, all these features came at a premium. However, we discovered that the price of a hyperconverged Nutanix cluster was less than a third of our budget for a traditional rack-server and SAN-based data center from Dell, and we’d be getting three times the storage and compute capacity to boot.

We discovered that the price of a hyperconverged Nutanix cluster was less than a third of our budget for a traditional rack-server and SAN-based data center. –John Hamilton #NutanixStories
Share it Tweet it

There was some hemming and hawing. Was the promise of hyperconverged infrastructure too good to be true? Sumter County had built its corporate IT culture by playing it safe, and Nutanix was still way out of the box in 2013. It was a daring move after years of stagnation, and I know we were an early adopter because the company sent me an award commemorating the fact that we were one of its first 5,000 customers.

Taking Off with Hyperconvergence

The most obvious improvement was in speed, but that was to be expected. After all, we were moving to faster processors, solid-state drives, and virtual machines. Our users saw an immediate improvement in performance. Logging in with their Active Directory credentials took seconds, not minutes. Retrieving e-mail was also lightning fast. Our Exchange servers were no longer bogged down by SCSI drives and slow network connections.

Thanks to Nutanix, the Sumter County Sheriff’s Office is spending less time managing and retrieving records and more time keeping their citizens safe. #NutanixStories
Share it Tweet it

There were also tremendous improvements behind the scenes. In the past, updating the firmware on our SAN meant taking the entire storage environment off-line, and so we had to schedule maintenance on weekends. The same was true when we had to replace a drive. There was no way to make a change without shutting everything down and inconveniencing the entire county.

With Nutanix’s hyperconverged infrastructure, we gained hot-swappable storage, a high-availability environment, and built-in redundancy. We can now update any element of our storage or compute capacity during business hours because we can move data and applications from one host to another, thus leaving everything available to users while we perform our maintenance operations.

If an application or a server crashes, we spin up a backup in seconds. If a user or a department needs more storage or compute, we can allocate it within minutes. All it takes is a simple discussion between our IT director and me.

It Keeps Getting Better

To me, Nutanix is very much like an iPhone. It’s a revolutionary product that was good out of the gate and just keeps improving. We’re at the iPhone 11 now, but when you think about it, Apple had ironed out all the bugs by the fourth generation when they added MMS functionality. Since then, we’ve seen incremental improvements—better processors, cameras, and screens—but the basic iPhone formula hasn’t changed.

The same is true with Nutanix. In the six years since we moved to a hyperconverged environment, the tech has massively improved. We started with version 3.0 and are now up to 5.11. We’ve gone from one cluster to three, having added a second one to our production environment after we moved our oldest Nutanix nodes to an off-site DR data center.

We can now do lifecycle stuff like iDrac, BIOS, and firmware upgrades round-robin style by migrating VMs to another host, applying a patch, then moving everything back. There is no downtime, and everything is transparent to users.

Innovation Starts with a Vision

The next frontier for Sumter County is automation. We’re already using Powershell to streamline and automate the way we use Windows and are slightly ahead of the curve. After that, we’ll be moving more of our operations to the cloud. These changes are not as drastic as they seem but are a natural progression arising from our decision to adopt Nutanix.

In the future, I expect everything—including infrastructure—to become a service. Organizations will equip users with thin clients and mobile devices. All their compute and storage will be leased and off-premise. Everything will be subscription-based, and no one will bat an eyelash.

This future may come as a shock to some, but I think Sumter County is ready for it because we found a direction and have stayed with it. I firmly believe that having a clear vision is crucial to innovation. You can only start building after you’ve established a solid foundation, and we found ours in Nutanix. 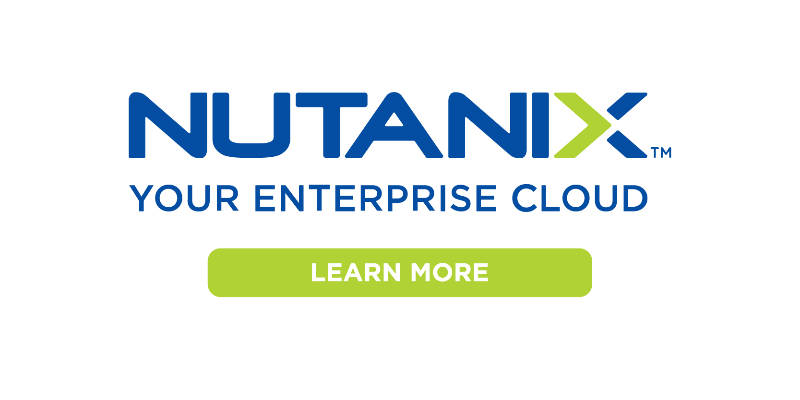 Experienced System Administrator with a demonstrated history of working in the information technology and services industry.