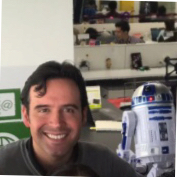 No matter where in the world you live and work, it’s imperative you know your market and what motivates your customers. In Mexico, consumers are strongly brand driven and rely on reputation as they seek stability in the quality of their consumer products. Whereas in Europe, people are quite open to trying new brands. There’s an inherent curiosity and consumers are more open to buying new products. This mindset has allowed e-commerce to flourish in Europe. But certain strategies that work in one market don’t necessarily take off in others.

Mexican e-commerce is new and not as well established. Originally, people wanted to go to brick-and-mortar stores before venturing online. But this behavior is changing, particularly among millennials. The Mexican consumer is pivoting from being brand driven and is starting to buy new products online as their level of confidence in e-commerce grows. If this seems a little late to the digital retail game, there’s a good reason why.

The dot com crash basically killed all major e-commerce initiatives in Mexico. It started to recover when the airline industry drove e-commerce with travel-industry trailblazers like Expedia in the early 2000s. The internet started to grow, but people were very scared about investing or buying things online, apart from flights offered by major airlines. E-commerce experienced a rebirth around the latter part of the decade when Mexican businesspeople began to reinvest. Online marketplaces like MercadoLibre began to gain traction, but the trigger happened in the early 2010s when we launched and re-launched our eCommerce sites @ Walmex—which include Walmart, Sam’s Club, and Superama. We made a major push into a booming market.

Mobile grocery consumers are changing. You’ll either need to adapt to their needs—or fall behind.
Share it Tweet it

At Walmart, I look after the digital strategy for Superama and Sam’s Club stores. Prior to this past year and a half, I was responsible for all digital operations and the relaunch of our online businesses. We've grown as most brick-and-mortar retailers—we start with a self-contained business unit curating digital operations. We then began evolving our operations through both multichannel and omnichannel retail concepts, with the latter focusing on creating a seamless experience for customers regardless of what channel they want to shop in. This included physical storefronts or digital channels like apps, websites, and marketplaces.

Superama was our first major online operation, which we launched around 2005 at a very basic level. Walmart de Mexico y Centroamerica (aka Walmex) decided to make a big push in 2012 and assembled a team of about 40 people. They brought me in from England where I was part of Tesco.com, at a time when the company was winning in Online Groceries, building its own Marketplace and pushing Click&Collect very aggressively across the UK. By then, Superama was the market leader in online grocery purchases at a time when online grocery shopping was essentially non-existent. We dominated the industry, but it was an industry that was in its infancy. We knew it wouldn’t stay that way. We would need to improve our offering to stay on top.

It Takes Risks to Become a Market Innovator

In 2013, we relaunched our Superama app, bringing it to a new different level. But by 2015, we knew we needed a change. We realized we could revamp our app to better grow with the Mexican consumer. Previously, we did most of our online initiatives in-house, but we were humble enough to know when we needed help. Walmart wanted to partner with someone who had expertise in e-commerce app development. We required someone who could challenge our assumptions and previous practices.

To challenge the status quo, @WalmartMexico chose an app partner who attacks problems differently.
Share it Tweet it

Through our network, we met one of the founders of Grability—a company that specializes in app development for the grocery industry. Their technology was interesting, but we didn’t have much experience working with startups. We decided to take a risk on Grability, because we knew we had to take a risk. We needed to work with a partner who would challenge the status quo—and us. To keep pace with the changing mindset of Mexican consumers, we needed to work with an agile partner.

At first, we didn’t know how to approach the online grocery shopping experience in terms of the user experience, which was radically different than my experiences in the UK. Partnering with Grability brought fresh ideas and a completely different mindset to our challenge.

Over the last year since we’ve launched the Superama app, we’ve been fine-tuning, making sure we have the best offering based on everything we know about Mexican consumers. We’ve combined a talented team with proper analytics and have had tremendous success with the app—growing fast and winning market share—and were named as one of Apple’s best apps of 2017.

But the process of building an app like ours is never perfectly smooth. Grability and Walmart had to learn a lot about working with each other. On our end, we didn’t have much experience with startups, so that was a new experience for us. And for Grability, they'd had experiences with European retailers, but not much with a company of our size. In our time together, we’ve taught each other a great deal.

I’ve learned so much about managing relationships with startups, to the point that we’re now much more open to working with smaller vendors. We’ve seen the advantages that come from establishing relationships with companies who are daring and tech-savvy. Grability pushed us to be flexible and adaptive. For Grability, they’ve gained experience on how to integrate and work with large organizations. The mutual benefits we’ve seen are a sign of a true partnership.

And for our consumers, it results in an app that meets them where they are.

Reaching for the Top

I'm very happy with the results we’ve seen, but we still have a long way to go. It feels like we’re climbing Mount Everest together. The first version of our app was the first base camp. The version we created with Grability elevates us even more, and together, I have no doubt we’ll reach the peak. I have no doubt in my mind we’ll be able to get there.

When you climb Everest, there will be headwinds and tough challenges. You need to be aware of the risks and the difficulties you’ll experience at the mercy of elements you cannot control. You need to have the right information to get where you need to go, and it’s vital you have a strong partnership—like the one between Grability and Walmart—to help you reach the peak.

If you do it right, you can learn important lessons along the way and when you reach the top, you’ll enjoy a reward few others can also say they’ve experienced. And when we get to the summit, I’m looking forward to the view. 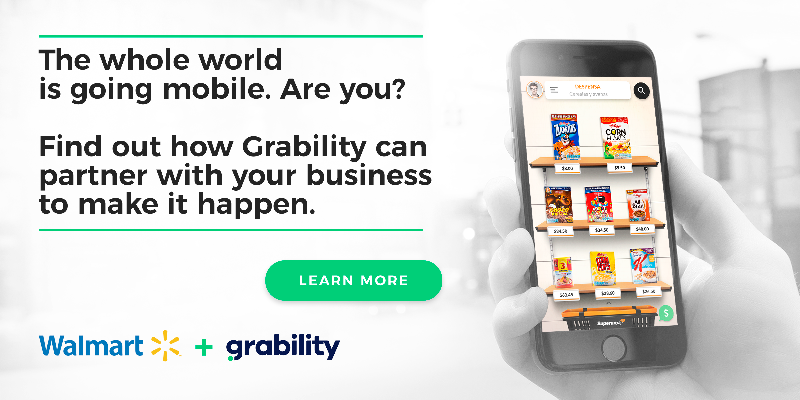 Grability
Disrupting the Grocery Industry, One App at a Time 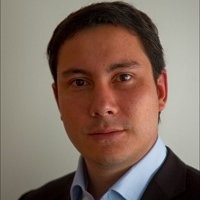 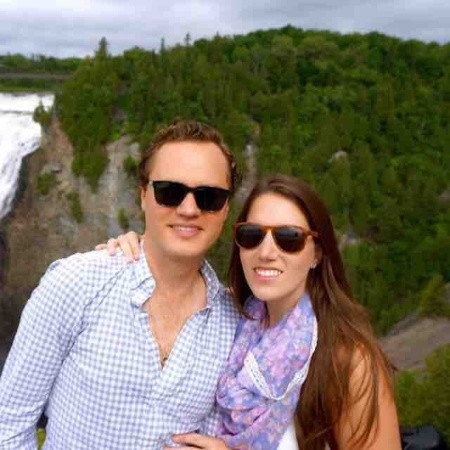