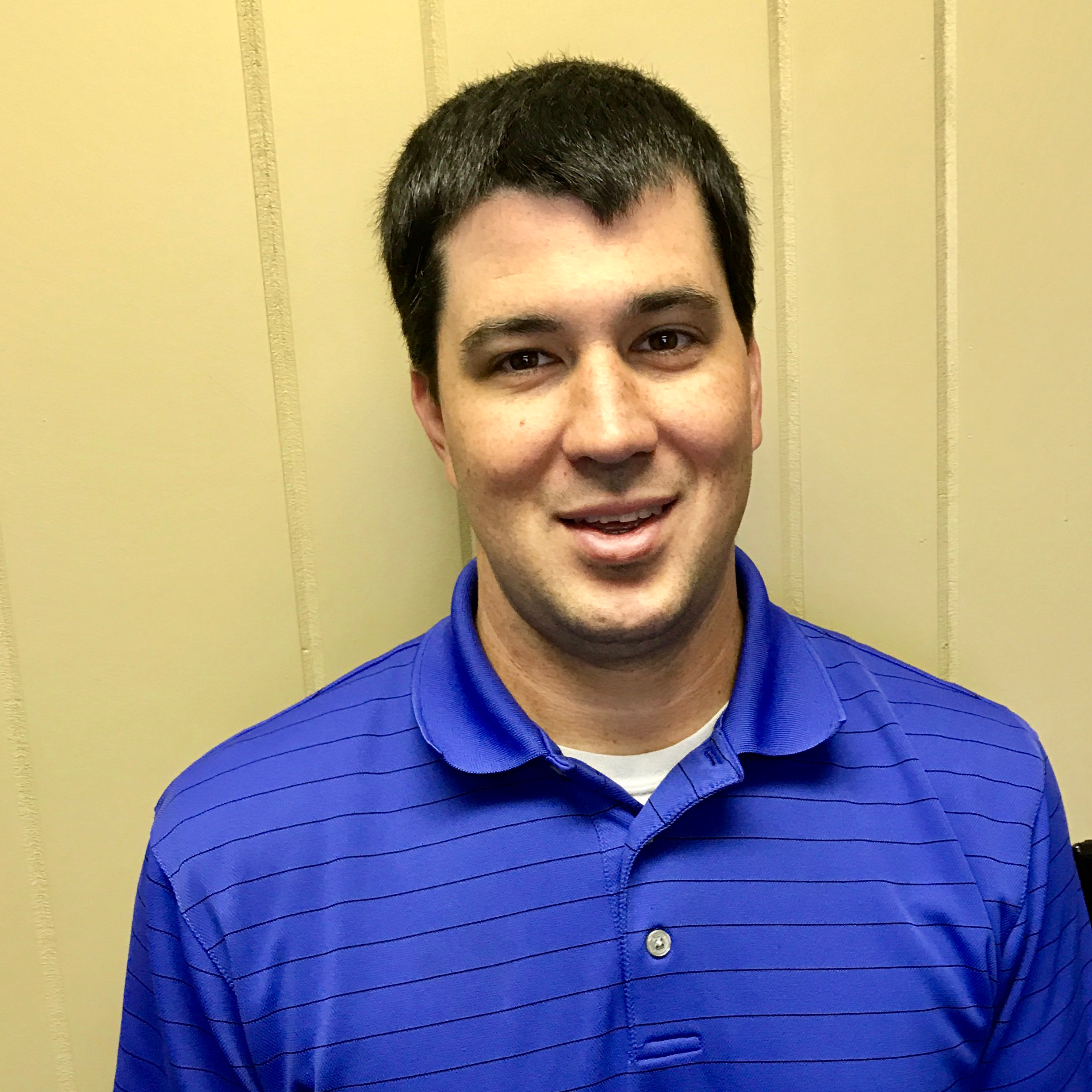 Building the Bridge to Continual Care: Starting My Own Physical Therapy Practice

In the United States, our healthcare system is very good at treating people when they’re sick or injured, but there’s a gap. As a physical therapist, I ask myself this all the time: How do we keep someone healthy after they’ve finished treatment? How do we stop people from falling back into injury? We need to invest more in what I call the “bridge” of the healthcare system, emphasizing maintenance, prevention, and wellness. Physical therapists have so much to offer here.

The lack of this bridge is one of the biggest things that drove me to open my own practice. The clinic where I worked previously was a good clinic, but I felt it didn’t go all the way. When patients were discharged after their treatment, that was it. We had no further way to help them.

Keep in mind that our population is aging. In the community where I live in North Carolina, the older population wants additional help. I do a bit of neurological rehab, but up to 90% of my work involves treating orthopedic injury and joint pain. Those are areas where preventative measures can have a big health impact. For my older patients especially, they wanted maintenance therapy. That wasn’t available at my old clinic.

Making the Leap: Starting My Own Practice

I can’t say I always knew I would start my own clinic, but I always had that desire. It was something I had been thinking about, researching, and planning for many years. Still, it was hard to make that leap. I had a good job where I was a valued member of a team. When you’re doing well, there’s always risk in branching out.

Getting financing from banks can be a long, rejecting experience. But there are other options. @BHGstat
Share it Tweet it

The major hurdle was funding. I put together a business plan for my practice based on my vision for physical therapy as a bridge to health. I had everything I needed to talk to the banks. I would present my ideas to them and they would say, “Oh, we’re so impressed,” but eventually it would turn into, “This is not quite right for us right now.” A lot of times doors would seem to open and I would think, “This is it. This is going to be the one.” Time after time, the door would close. To say it was incredibly frustrating and disheartening would be an understatement.

Part of what kept me going is that I had this deep sense I was supposed to be doing something more than my current role. I’m a Christian and I believe physical therapy is my calling. Making the leap to start my own clinic was partly a leap of faith.

The other thing that pushed me to take a leap is that, logistically, I knew I would have to jump with both feet if this would be successful. You can’t half-step starting your own clinic. You either go all-in or not at all. One day I came home from the clinic and I said to my wife, “I’m going to hand in my resignation tomorrow.” She said, “If you feel this is what you’re supposed to do, then go for it. I’m behind you.”

From Cautiously Optimistic to Hitting the Ground Running

The day after I resigned, I received a mailer from Bankers Healthcare Group (BHG). I was already familiar with them because I had looked into them back when I was doing my research, but I hadn’t gone anywhere with it. This time, something on their mailer caught my eye. I remembered that BHG had been good to talk to, and looking at their website led to a phone call. We spoke for about half an hour. The representative from BHG asked what I wanted to do with the clinic and what I would need to do that, and then he said, “I think BHG can work that out.” After all I’d been through, it was huge validation to hear him say that.

I felt optimistic after that initial conversation but cautious, because, as I said to my wife, “It seems almost too good to be true.” I was still a bit skeptical as a result of my experiences with the banks. Those talks with the banks had seemed promising at first, but they all fell apart. The more I researched BHG, though, the more legitimate this possibility seemed because I could see their track record of helping folks like me in healthcare.

Micah Merritt’s dad had warned him: “If you deal with the banks, they’re going to want your first child.” But applying to BHG was nothing like that.
Share it Tweet it

It’s when someone from BHG came to my house to fill out the application that I realized this was really happening. The application process was much easier than I thought it would be. My dad had warned me: “If you deal with the banks, they’re going to want your first child,” but this was nothing like that. They never asked me to sign my life away. A person visited me and they wanted some basic information like tax info and a few pay stubs. It was very simple. And then a couple of weeks later the money was in my bank account. I couldn’t believe how fast it all happened.

Once that money was in the account, the real work began. The next step was to find a location. My wife and I started looking in earnest to find a place to rent. I knew the town, and I already had some referral sources and support from the community. I had a good idea of the area where I should look, but it was still a matter of finding an available space. We found a great space: close to my referral sources, close to where a large part of the community lives, and very visible.

After we signed the lease, the next steps were to remodel, repair and paint the place, and purchase all the equipment we would need. Of course, the capital from BHG helped with all that.

To hit the ground running, launch your clinic with patients in the waiting.
Share it Tweet it

I already had some patients ready, as well as some referral sources, so it was a matter of me telling them, “I’m ready.” That first day I had five evals. The second day, four evals. I was off to a promising start.

I have two young children, so it was important to me that I not work 90 hours a week. Still, I had just started this new business and I was the only therapist, so I had to cap my workweek at 75 hours. Even working 75 hours a week, seeing all the clients I could, six weeks in, I had a waiting list. The waiting list grew to over 30 people. I would tell clients, “There are other clinics around,” but they would say, “No, we’d rather wait for you.”

A waiting list is a good problem for a physical therapy practice to have, but it’s still a problem to be solved. Six months after starting my clinic, it became clear I had to bring on more therapists. The issue for me was how to maintain quality and consistency across my clinic. It’s important to me that patients receive the same quality of care at my clinic, even if it’s me working with them one day and another therapist the next.

Fortunately, I found two therapists who I felt confident about. One I had worked with in the past, so I knew her work. The other I helped train when she was a student. Both are trained in the same system as me, so I know the three of us work from that same foundation.

We Need to Expand That Bridge: Will You Join Me?

We recently celebrated our one-year anniversary at Renew Health & Physical Therapy, and again, even after bringing on two more therapists, I’m starting to see a waitlist. We’re completely full. Clearly, I was right in thinking there’s a need to maintain wellbeing after successful therapy. My client list is proof of that. The question I’m considering now is how I expand further to meet that demand.

That expansion will likely require further capital and I know—now that I’ve had this success and I can prove this concept works—the banks would be very happy to lend me money. But I remember what it was like at the beginning, how it felt like they wouldn’t take me seriously unless I walked into their office with a suitcase full of cash. The people at BHG were the ones who were willing to invest when I didn’t have a business, when I was just a therapist with a vision. They were so positive and encouraging. I remember that, too. So once I decide how to expand, BHG will get my call.

I’ve got a big vision. Renew Health & Physical Therapy has done a lot, but we’ve just scratched the surface. There are a lot of options for where we could go next.

I grew up in this county where I live and work today. Of the 100 counties in North Carolina, ours consistently teeters near the bottom when it comes to health and wellness. As someone who works in healthcare, one way to look at that ranking is as a failing, since it’s my job to help people become healthier. Another way of looking at it is I have a lot of work to do. It goes back to building a bridge in our healthcare system between recovery and wellness. Our field has a big role to fill, so it’s time to get building. 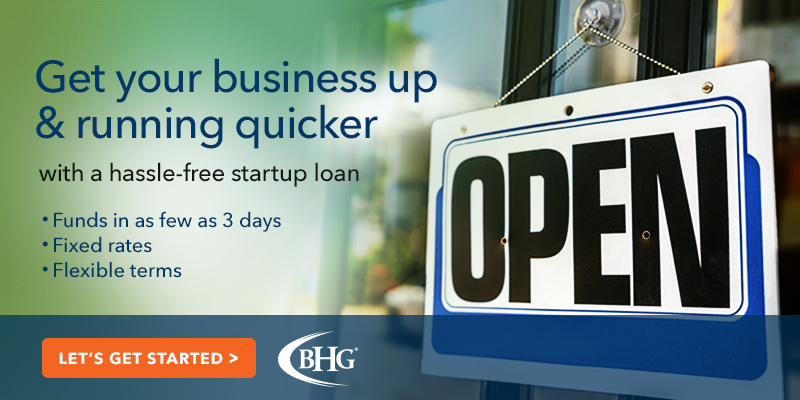