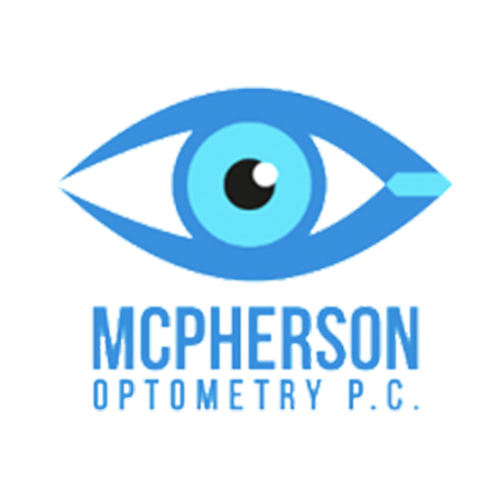 Our vision is an integral—yet seemingly invisible—part of our everyday lives. It’s the most vivid of our five senses and allows us to experience the world in a way that’s unique to each of us.

Vision takes on a special meaning for me. I’ve worn glasses since I was in first grade. As I grew older, I was very athletic and even wore hard contact lenses from an early age.

After my father encouraged me to pursue optometry, I got early acceptance into optometry school, which was equal parts fun and intense. I found out there's a lot more to eyes than glasses and contacts, that's for sure. Once I graduated and became a qualified optometrist, I realized very quickly how great it feels to help people see.

Having my own practice allows me the freedom and the flexibility to provide the best possible care to my patients. I get to know my patients as people, in addition to knowing their visual needs. I don't think you can appreciate that until you've done it for a while. Over the past 30 years, I’ve seen how changing someone’s prescription or giving them their first pair of glasses can change their life. While I love my practice—and the freedom that comes along with it—there are aspects of running an optometry business that not everyone gets to see.

I had big plans to run my own practice even before I graduated. It was a bit of a slow start—I worked in both corporate and franchised optometry offices for about eight years to get my career started. Then, another optician (my boss at the time) introduced me to an optometrist who was looking to sell his practice of 37 years and retire. It was the perfect opportunity. And that’s when negotiations began.

Trying to obtain a loan to buy his practice was my first business experience with a bank. I found it to be one of the most grueling, difficult, aggravating, frustrating, and insulting experiences ever. It was long and laborious. They tell you one thing and they do another. I had the experience, the track record, and the expertise, and I was buying an established business. All I needed was the loan—everything else was ready for a smooth takeover, so by all accounts, it should have been a simple process. It wasn’t.

Getting bank loans for a healthcare business shouldn’t be an exhausting, aggravating experience. Luckily, there are alternatives.
Share it Tweet it

Eventually, I got the loan and jumped right in. He closed on a Friday and by the following Monday I was open for business. It was a wonderful experience. In fact, it was so positive that two years into it I opened another office, which evolved into a family-run business. I even hired another doctor. I eventually closed that office and consolidated due to issues with the location. Unfortunately, I didn't have the money to change the physical layout and make that work.

My practice was going well; however, I wanted to simplify the business’s financial situation. I was leasing the building from the retired doctor who still owned it. We had a private mortgage with him, but I wanted to buy the building with a lower interest rate, get a little extra capital so I could purchase more equipment, and pay off some of the debt.

On top of those goals, I also needed to pay property taxes because there was nothing escrowed, and I wanted to reorganize the mortgage so I could catch up on property taxes.

Our business isn’t located in a low-tax area; our taxes are extremely high and can feel overwhelming. As a first-time business owner, I realize, in retrospect, that I should have been more diligent in setting money aside to pay the property taxes. Yet each time I set some money aside, new expenses would come up, such as paying various vendors. One thing or another comes up in business, and property taxes often were set on the back burner.

This method wasn’t working and I wanted to pay off the existing business debts, so I applied to local banks for the second time. I thought they would help me out, but they didn't. It would take six to eight months just to hear them say “no.”

After applying to three banks with no success, I realized this was a waste of time and was a huge aggravation. It was depressing. At that point, after about 10 years in business, is when it started to get harder in the optometry world. Corporate optometry and the increasing popularity of online retail made it even more challenging to run an independent, brick-and-mortar optometry business.

Out of the Blue

I kept feeling the pressure to settle those outstanding tax bills while I continued to be diligent in my business. It was tough because I also needed to buy new equipment, but I made things work at the time. Any interior office upgrades were personally handled by my gem of a husband, which also helped us keep costs down in other areas. But it became increasingly clear that I needed to find a way to pay off those remaining tax bills and finally be done with it.

Then, about three years ago, Bankers Healthcare Group (BHG) sent me a mailer advertising its services. As a business owner, you get wary about the legitimacy of unsolicited services, but I eventually decided to give them a call to see what they were all about.

I was shocked by their professionalism. I felt comfortable on the call, so I opened up about my business challenges. It was a refreshing experience compared to working with banks. They listened to me and asked for some supporting paperwork. I was blown away by how easy it was for them to provide the capital I needed.

BHG was both fast and efficient—something I wasn’t used to after dealing with banks. The ease of the experience was almost like getting a car loan. You go into the office and, within half a day, they've got your answer on your car—or, in my case, a loan for a healthcare provider.

My first BHG business loan allowed me to pay off a lot of those taxes and many other business expenses where you often end up on payment plans with high interest rates or severe penalties.

A Clear Choice and Strong Investment for the Future

A few years later, I was in a good place with the business, but I still dealt with the cycle of paying those high tax bills. While I wasn’t looking for additional funding, BHG reached back out to me to discuss refinancing. They reassessed my portfolio, which is standard after a few years. They determined I was a good customer since my payments were consistent, so they presented a refinancing offer to lower my interest rate.

With this additional capital, I wanted to, again, get caught up on a few more taxes because it had been a couple more years, and I also wanted to purchase more equipment. I entertained the offer and we discussed the details. I ultimately decided to refinance the original loan to save some interest over the time, and then use the excess to pay off some of the business credit cards and the remaining tax bill. I then also had a little left over for some improvements on my building and some new equipment.

This financing has opened up so many potential opportunities for me to support and grow my business. I eventually hope to expand my practice by hiring another doctor, as it’s been about 10 years since I worked with a fellow optometrist.

Expansion will be great for the office, as it will allow us to grow financially. My ultimate goal is to hire a doctor who will eventually want to buy me out. That's certainly not a short-term plan, but developing a nice rapport with them and patient transition takes time. Someday, hopefully, that will be the legacy of the practice.

My BHG financing is an investment in the future of the business, but also in the building itself. We need a new roof and would like to do some other renovations as well. This refinancing happened so fast that I wasn’t even truly prepared for it all. When BHG called me, the ideas became possibilities, which will become reality.

BHG gave me financial relief so I didn't have to worry about where to come up with money to pay important business expenses. I know that money isn't everything in life, but the bills don’t seem to think so!

It isn’t always easy to secure loans when you’re a healthcare professional running your own business. It gets emotionally tougher when financial concerns start to weigh you down. You need somebody who has confidence in you.

BHG had that confidence in me. They didn't hassle me or present unrealistic offers. They provided an affordable—and incredibly useful—service to me. I believe in God, without a doubt. Each time when I really needed help, BHG was there, and I think that's God-driven. That's not hokey—it’s the truth. I greatly appreciate BHG’s support over the years.

BHG has given me more than just a loan—they’ve changed the way I see my business, now and into the future. 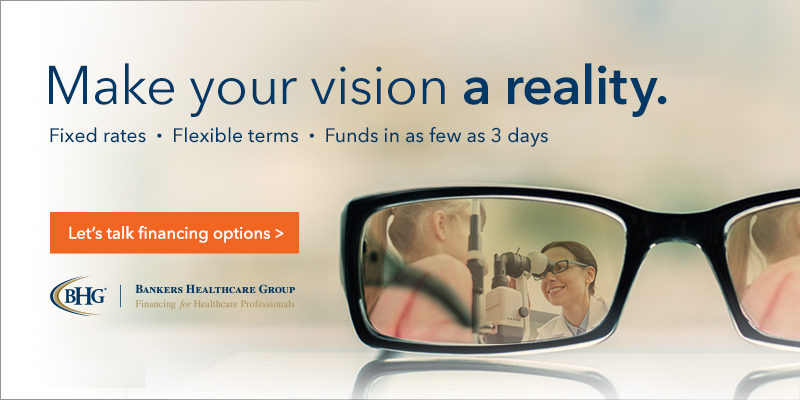