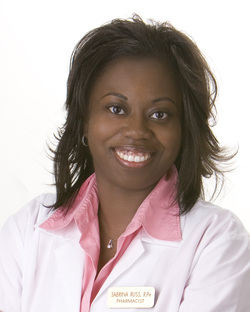 The Long, Hard Road to Starting Your Own Pharmacy Begins with Funding

My journey of becoming a pharmacist started with my grandparents.

We all have elderly grandparents, but even from the time I was young, I remember mine being particularly sickly. Seeing my grandfather, who was a diabetic, forced to take so many different medications and types of insulin each day put everything into perspective. When I was still a child, I was very confused about what he took and why. As I got older, it ignited my interest in science.

By the time I got to high school, I was trying to decide whether to go into computer science or health. When I enrolled in college, I talked to a counselor about where I saw my life going and we both agreed that, in my heart, I wanted to help people. More than that, I needed to. For those who were quite elderly, I knew assisting them with their medications or simplifying their medication therapy would be a bit like helping grandpa all those years ago.

My decision was essentially made for me.

Though I didn't realize it at that point, in a lot of ways, my journey was just the beginning. Over the years, I saw there was a wide range of different areas of pharmacy I could work in—but I also saw not all of them were right for me. I knew I didn't like retail pharmacy, for example. The demands of corporate America were just too much. I couldn't stand not being able to provide a real, genuine service. It felt too much like we were just obsessing over the product and not focusing on what the product could do.

I know there is a place for traditional retail pharmacy. But when you have people dictating what you can do, how many prescriptions you need to fill, when you need to fill them by—these are the things that took away from the value I had to offer people. I learned this is the same for a lot of people, too. Most pharmacists are put in positions where they want to do more, but can't because of the limitations of their environment.

After my doctorate, something ignited in me. I wanted to be a pharmacist more than ever, but I also wanted to be an entrepreneur. I needed to take what I had learned and use it to build something of my own—not force it to fit into someone else's box. I knew my future work must give my patients the time and care they deserved. I was in a better position to accomplish that goal on my own.

That's when I decided to end one journey and begin another: I was going to start my own pharmacy. Not only would it allow me to realize my potential of what I could do and who I could do it for, but it would also finally put me in a place where I could achieve my dreams.

But, as it turns out, starting a pharmacy is more difficult than most people imagine. The most pressing of the challenges? Funding.

When I started on this leg of my journey, I didn't realize how hard it was to get funding from lenders. I knew starting a pharmacy would require a lot of money that I didn't necessarily have, but the reality of the situation was very different from what I pictured.

It's always hard to get loans for a medical practice, but it's especially hard if you're trying to start your own pharmacy. With a pharmacy, your medication is your inventory, which means it's also your collateral. For a lot of lenders, that isn't an attractive proposition. I tried multiple avenues and heard “no” more times than I care to remember. It was clear that going down the more traditional funding routes just wasn’t going to work.

Next, I turned to my network. While attending a pharmacy conference earlier this year, I talked with other pharmacists about various financing alternatives. As I spoke with my colleagues, one name came up time and again: Bankers Healthcare Group (BHG).

After hearing so many positive experiences, I decided to reach out to BHG. Compared to other money lenders, the difference was night and day.

From the moment I contacted BHG, the process sped along quickly. I loved they didn't require a lot of documentation like other lenders did. They wanted my personal tax return, the tax return from my business, and other simple things like that.

Unfortunately, I didn’t meet some of BHG’s requirements for my loan. But instead of the hearing “no” like I did with every other lender, BHG wanted to try to make something else work. They couldn’t give me the money today, but they wanted to put me in a position where they could in the future.

Personal finance, for example, was really hurting me. But they helped me make my account more attractive. With their assistance, I was able to get a smaller consolidation loan that I could use to fix some debt affecting my credit score. That's just one of the many invaluable ways they've been able to lend a hand.

At no point did they ever try to cram me into a one-size-fits-all box. In a lot of ways, I didn't see them as a lender at all—I viewed them as a partner. Just like how I want to provide my patients with the best experience, BHG strived to do the same with me. I’ve never experienced customer service like that with any lender before.

This journey is a long one. There have been many bumps in the road, but working with BHG has never left me discouraged. In fact, quite the opposite. I still don't have all of the funding I need, but every day I wake up knowing I'm getting closer and closer, little by little. I'm on the right path.

The Road Goes On

I've been trying to start my own pharmacy for the last four or five years, and never have I felt more optimistic than I have in the last six or seven months, thanks to BHG. In every single conversation I have with BHG's people, one thing is abundantly clear: They believe in my dream, which is why they're so eager and willing to help.

The journey to starting your practice will be a long one. Don’t let early snags kill your dreams.
Share it Tweet it

It’s their understanding—along with their compassion, their patience, and their earnestness—that has helped get me to where I am today.

When it comes to starting a pharmacy on your own, funding is by far the most challenging part. Unless you've been setting aside a whole lot of money for years—or were lucky enough to be born rich—this is going to be a major hurdle. But BHG is helping me overcome it. And now, thanks to them, I absolutely will. Accomplishing my dream is no longer a question of "if," but "when." 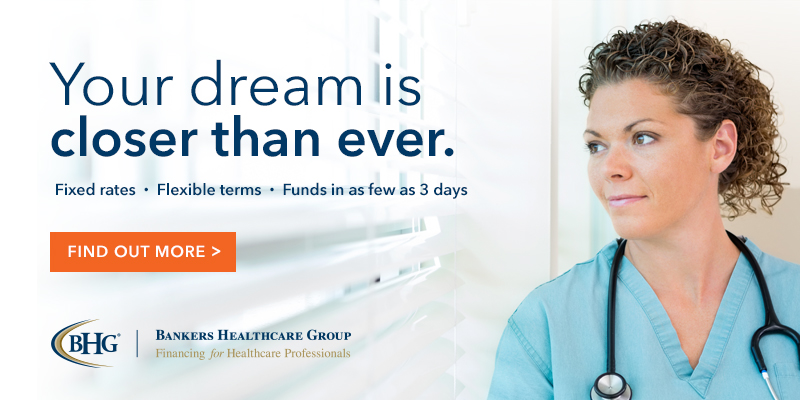 Dr. Sabrina N. Dash, PharmD, CGP, is the CEO/President of Simplicity Pharmacy Services and has been a licensed Pharmacist for 19 years. In 2007, she became commissioned as a National Board Certified Geriatric Pharmacist. In 1999, she received her Bachelor of Science Degree in Pharmacy from the Medical University of South Carolina and in 2009, she received her Doctorate Degree in Pharmacy from the University of Florida.