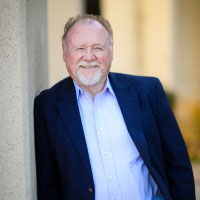 I guess I’m a bit of a late-stage success story. In 2007, soon after I turned 65, I decided to make a change. While many people my age spend their time on the golf course, I went another way: I opened an accounting practice called F & F Accounting, which I run with my son.

When we first opened our doors, we had five clients. Flash forward 11 years and we filed over 1,500 tax returns last year alone. Not only that, but we finally broke the coveted million-dollar mark in billing for the first time a few weeks ago.

F & F Accounting was not my first entry into the world of professional finances, however. I did my first tax return back in 1963. To put that into perspective, not only was the Vietnam War still going on, but the Mona Lisa had only just been exhibited in the United States for the first time, at the National Gallery of Art in Washington, D.C.

I became certified a few years later. I had my own accounting firm several times in the years since. In 1994, I went to work for a friend of mine who runs a sign manufacturing business, before finally retiring from there in February 2007. On the surface, I thought I had it all. I was about to enjoy all of the benefits of a solid retirement plan that I had put together to support me as I lived comfortably. Then I decided to take a chance.

F & F Accounting has always been a family business. In addition to my son, my wife also joined us roughly six months after our inception. We've grown to 11 employees in total, and a few years ago, our success meant we needed to expand into a new accounting office. This type of growth management is par for the course for any growing business, but that doesn't necessarily mean it's fun.

Moving is time-consuming, stressful, and—more than anything—expensive. I've always been the type of person who hates borrowing money, but sometimes that's the only way to get the job done.

Given my industry and my experience, I have a lot of banking relationships and I leaned on a number of them to secure the loan we needed to grow. However, this also came with an uncomfortable compromise: Because of the amount I asked for, I needed to put my home up as collateral.

While I never doubted my ability to pay that money back, it also meant complications for those closest to me—particularly my wife. Life tends to come at you fast, and if I should suddenly pass away or if any other disaster occurred unexpectedly, I wanted to make sure she was taken care of. Over the next few years, I talked to the bank several times about releasing the house, but even as my original balance grew smaller, they still wouldn't budge.

It felt like I was out of options. But then I discovered BHG and its ProFunding program and everything changed in an instant.

The original loan for our move was $100,000, which included about $86,000 in leasehold and furnishing costs. That happened back in 2016. Even after making regular payments, we still had a balance of about $53,000, and $24,000 in zero-interest credit card balances when I got BHG's flyer in the mail one afternoon.

I had never heard of them, but if they were able to do even a fraction of what their mailer said they could, I knew they might be the opportunity I had been searching for. Still, I was skeptical. If something feels like it's too good to be true, it often is. I went online and researched as much as I could, looking for the fine print that said: "By the way, you owe us everything including the clothes on your back."

Not only was BHG offering me the money I needed, but their loan wouldn't even require me to put my house up as collateral—which was the main factor I was trying to avoid in the first place.

My next step involved contacting a representative from BHG on the phone, and that, too, proved to be a series of pleasant surprises. First, I loved that they understood my accounting business and what we were trying to accomplish. They got that even though we may not appear that way, an accounting firm is a seasonal business. There are ebbs and flows throughout the year that need to be considered. From their point of view, that was never in question.

But there were a few parts of the loan I wanted to discuss further to better suit my situation. This led to the other side I loved above BHG: They were willing to work with me to come up with a business loan structure that would work for my needs. They weren't trying to fit me into a one-size-fits-all box, or get me to agree to something I wouldn't be able to extract maximum value from. They knew where I was, my goals of where I wanted to be, and they collaborated to find the best resolution for both of us.

That alone is something that didn't happen for me with a traditional bank. Trust me, I've tried. Banks are formal by nature. They're more rigid in their abilities to take a loan and cater it to the needs of a client. More often than not, it's a “take it or leave it" type of situation. I don't want to blame the banks; their hands are tied on a lot of what they can do, especially these days. Still, it's not an ideal situation when you're trying to find a partner who will essentially take a financial interest in your success.

All told, the process with BHG was incredibly painless. I didn't feel put down or diminished in any way.

Building a Strong Financial Future, One Brick at a Time

Once I had the money in hand, I was able to not only consolidate that original loan, but also pay off the zero-interest credits cards our business had used. A debt consolidation loan was far less complex to manage. But more than that, it also gave me the most important benefit of all: Our house was totally off the hook for the first time in years.

My wife has never been one to worry—I take care of that myself. But I can't tell you how good it feels to know that even if the worst should occur, she won't be impacted. She'll always have a roof over her head, and that peace of mind alone is priceless.

Even more, the leftover funds provided me with the working capital I needed to guarantee that F & F Accounting could continue to grow. We're expanding 7%–10% per year, on average. We've had a couple of years throughout our history where we hit as high as 20%—although those are difficult to predict. Likewise, I'm not too sure what impact this new wave of tax changes will have on our business, but now we have the capital required to deal with all of it as it comes.

This not only helps me manage F & F's seasonal ups and downs, but it also means that I can sleep at night—especially when payroll time comes around.

In the end, all of this means I can stop worrying about our own finances and, instead, devote all of my time to the most important thing of all: Being a teacher to our own clients. I believe that's what has gotten us so far. In my opinion, far too many CPAs feel like if they tell their clients everything they know, their clients won't need them anymore.

That's exactly the opposite approach we take. We like to work with educated people who know and understand the implications of our business decisions. We want them to not only know what we're doing, but why. It’s important they realize the impact that a particular choice will have on their tax situation and their overall business.

I won't say the other perspective is wrong. It's just that people are afraid they’ll create their own obsolescence. Being that I was 65 when I started F & F, I really didn't have much fear. That's an excellent position to be in when you're starting a new company from scratch.

From that same sense of openness, I try to involve the other staff members in the activity of our clients, too. It's gotten to the point where only three of our clients insist on having me do their taxes. I think it's a great approach, especially from a succession planning mentality. I don't want them to feel like they're getting great service from me—that service is coming from F & F Accounting. That way, when I decide to retire for a second time, nothing is going to change for them. The level of service they've come to expect and depend on is still going to be there.

More Time to Run My Business

For the first time, I don't have to wonder what will happen to the business if I decide to leave tomorrow. The clients aren't tied to me—they're tied to the firm.

Overcoming financial hurdles means more time and energy to sink back into your business.
Share it Tweet it

These are the types of things that I have more time to focus on now, thanks to my relationship with BHG. Before, I had to devote so much of my attention to figuring out our financial situation. Thankfully, we’ve returned to our previous level of clarity. Today, F & F Accounting is better than we’ve ever been.

All of this success happened to be later in my life than I'd expected. If you could go back to 1963 and ask me what I thought my life would be like in 55 years, I don't know what I would have said—but I probably wouldn't have predicted this. But I guess good things do truly come to those who wait. 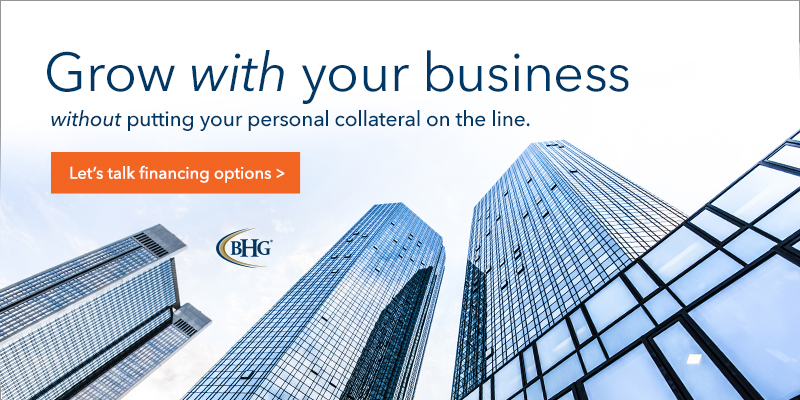 Bill has been in public accounting since 1969 when he achieved his CPA and worked for one of the big 4 accounting firms before going into private practice. In addition, he was also the CFO of a manufacturing company for 12 years. Bill specialized in business and personal tax planning and preparation and takes the complex and often times complicated tax system and leverages tax strategies to promote business and personal tax planning to help his clients achieve their goals. He is married to Sharon Frizzell and together they have 4 children, several grandchildren, and even several great grandchildren. He enjoys fishing and spending time at the lake.