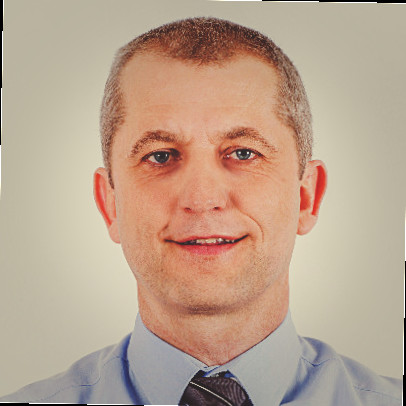 It's not easy being a pioneer, especially in tech. Users will look at your product and think, “That's never going to fly.” Remember when the only people using the internet were government agencies, research facilities, and universities? Ordinary consumers were happy with services like CompuServe and AOL, and the web was way too complicated for them. Fortunately, companies like Google came along and changed that perception.

The iPhone seemed ridiculous at first. There was no way people would dump their BlackBerry devices for something without a keyboard, right? But look at the world now. Everything runs on touch, and consumers have adapted to typing on their screens.

Seizing Opportunities Where Others See Risk

When it comes to the next big thing, users and providers must often take leaps of faith. They have to seize opportunities where others see only risk. My partner, Tomas Knoll, and I found ourselves in this situation in 2011. At the time, we were both working for Cisco here in Prague, and the company was starting to push cloud services—both in the form of on-premise and private data centers, and externally in the form of infrastructure as a service (IaaS).

When it comes to the next big thing, users and providers must often take leaps of faith. They have to seize opportunities where others see only risk.
Share it Tweet it

While Cisco and VMware introduced these technologies to the Czech market, there were no service providers in the country who could offer basic or advanced cloud services to mid-size and large companies, and so we founded Cloud4com to fill that gap.

Czech companies were very resistant to cloud technology back then. The thought of hosting one's data or applications on third-party infrastructure ran counter to the prevailing beliefs at the time.

Most of the people who were in senior IT positions in 2011 had started their careers around the time of the so-called Velvet Revolution that led to the collapse of the communist regime and the breakup of Czechoslovakia in 1989. The last thing they wanted was somebody else having access to their data. It felt like a return to the state surveillance of their past, no matter how many assurances we offered.

Educating Customers and Building Trust to Create a New Market

To counter the prevailing mindset, we spent the first few years of Cloud4com educating potential customers about the reliability and security of cloud-based applications and infrastructure. It was an uphill battle, and, at times, we struggled to get our message across, but we knew it was worth it. The emerging IaaS market was too good an opportunity to pass up, and being the first company out of the gate in Prague and the Czech Republic meant having to define the landscape and manage the expectations of those early adopters.

With trust being the primary concern of our potential customers, we had to establish our bona fides, and we accomplished this in two ways. The first was by owning the infrastructure we leased out, and the second was partnering with a respected technology provider who had a reputation for reliability and security.

The obvious choice was Cisco. As former employees, we knew Cisco technology inside and out, but more importantly, the Czech market recognized the company as a leader in the IT infrastructure space. Cisco's good name was the guarantor we needed to promote Cloud4com as the next must-have IT innovation.

To maximize our investment, we decided to host our data centers in two-highly secure co-location facilities in Prague rather than in our own buildings. These are tier 3 operations with 99.982% uptime representing 1.6 hours of annual downtime, and with N+1 fault tolerance providing 72-hour power outage protection.

Tier 3 is the highest level of infrastructure available in the Czech Republic. Our customers can choose to use one or both of our data centers. For example, they can set up their production environment in one and their disaster recovery in the other, or they can simply host everything at a single location. Either way, they'll get high availability IaaS that is fully managed by Cloud4com and lightning-fast recovery in the event of a system failure.

From the very start, we based our data center infrastructure on Cisco Unified Computing System (UCS) server technology that uses industry-standard Intel x86 architecture and supports virtual and physical machines. Most importantly, UCS allowed us to hot-swap blades, so we could add or remove servers with zero downtime and no service interruptions.

Released two years earlier, in 2009, Cisco UCS was still a hot new technology when we launched Cloud4com. Many of our customers wanted the benefits offered by UCS without having to incur the cost of ownership, but we didn't use price as a differentiator. While it did cost less to lease UCS as part of a cloud-based IaaS package, the real advantage of our product was the combination of high-value infrastructure that offered both high availability and enhanced security.

Working with Cisco to Build Trust

To further reassure potential customers, we promoted the fact that we owned our physical infrastructure because that made us the guarantors of security. Nobody outside Cloud4com has access to our customer's cloud-based applications or data, and this offered additional peace of mind, especially to IT managers who were still wary of Cold War-era third-party surveillance.

Our partnership with Cisco isn't limited to UCS. We recently upgraded our switches from Cisco's Nexus 5000 series to the 9000 series, increasing our bandwidth by a factor of 10 to 400 Gbps. We also use Cisco ASR 100 aggregation routers to aggregate and encrypt network traffic; CSR 1000V cloud services routers to connect our customers to our cloud; and Cisco ASA adaptive security appliances for firewall and network security applications.

We are very much a Cisco shop and one of Cisco's largest customers in the country. We have leveraged the company's technology to educate the Czech IT community about the benefits of cloud technology and IaaS. To build a successful and scalable IaaS cloud solution, automate every possible process, and actively monitor for usage and issues in real time is the only way forward. Here, Cisco’s strategy of software accessibility and control over the technology via well-defined APIs is a key success factor for us. This enables consistent and timely service delivery, high availability, and enables SLA guaranties to our customers while being cost efficient.

In the last five years, we have seen an uptick in the demand for cloud technology and IaaS among mid-size business customers. CIOs and CFOs are coming around to the idea of infrastructure as a recurring monthly expense, like electricity and software licenses.

Although this change in attitude was partly created by the arrival of Amazon and Microsoft's cloud offerings, we are still seen as leaders and as pioneers of IaaS in the Czech Republic.

The Market Has Caught up to Our Vision

Despite our success and influence, we never became a national player. Our commercial activities were mostly limited to Prague. But all that changed in September of 2019 when Autocont, a subsidiary of the KKCG Investment Group, acquired a 70% stake in Cloud4com. We are now part of a larger organization that provides IT and vertical solutions across the Czech and Slovak Republics. This would never have happened had we not helped change the national mindset about cloud technology and IaaS.

If there's a lesson here, it's to aim high. Find the best partner and build for the future. Keep your eye on the horizon and not on the bottom line. Anyone can offer a lower-cost solution, but only one company can offer the best solution. At Cloud4com, we aimed to be that company, and Cisco helped us achieve that goal. 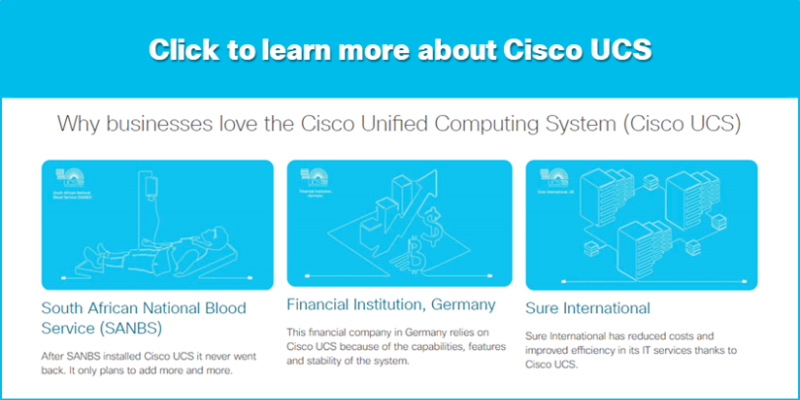 Jaroslav came to Cloud4com from Cisco Systems, where in almost 11 years with the company he went through several business positions. Last 5 years, he led sales teams for Enterprise and Public Sector as sales director and was responsible for half of the sales results of Cisco Systems Czech republic. Besides that, he acted as executive sponsor of all strategic and sales activities in data center and cloud computing area in Czech republic. Before starting to work for Cisco, Jaroslav had worked for Alcatel Czech for almost 7 years. 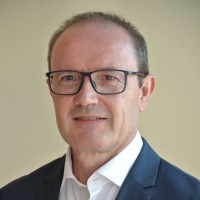 José Martín
Responsable IT at Balfegó 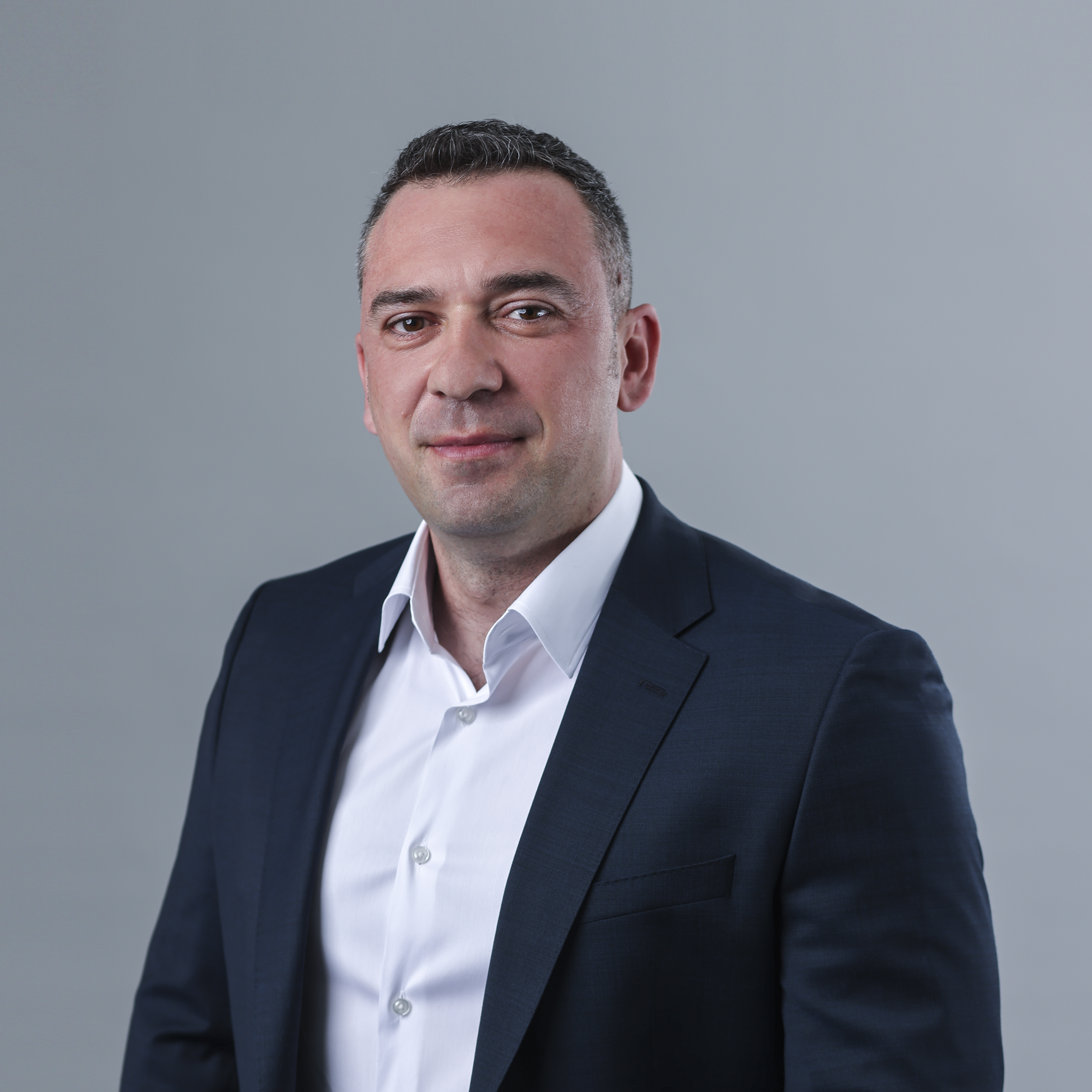 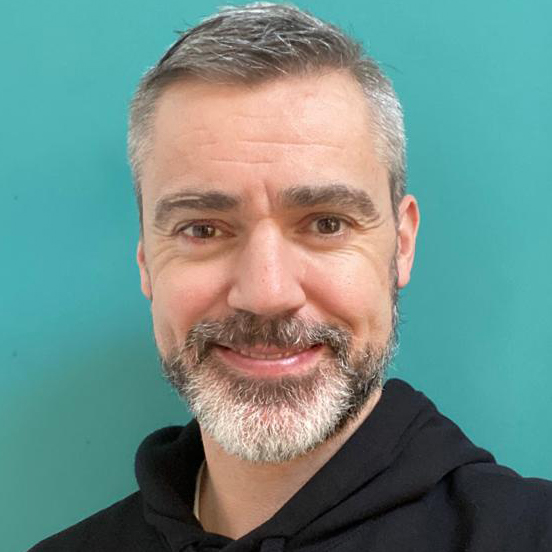